As many as 195,000 people have signed the petition nominating Burton as the next permanent host of the show. 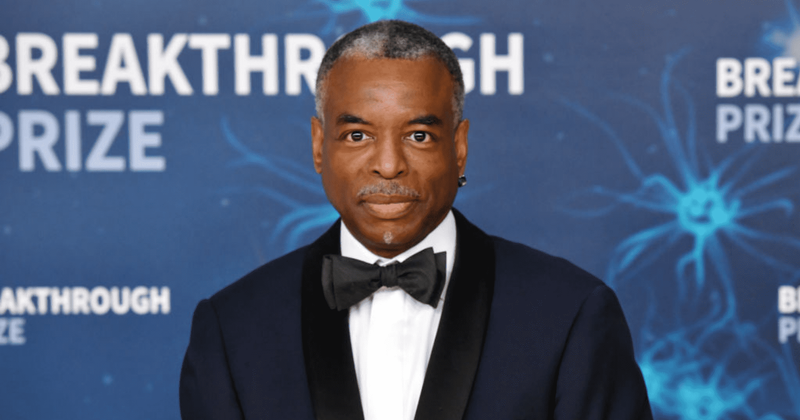 We know Alex Trebek will always be the greatest Jeopardy! host but if fresh reports are anything to go by and the powers that be act on it, we may well have a host that will come a close second. Former Reading Rainbow host LeVar Burton has revealed that he's interested to step in as the new host for the super hit quiz show. Burton's interest isn't without basis either, as fans got together and created a Change.org petition to get him to take the reins following the passing of Trebek.

Leaving this here in the event the powers that be are listening... https://t.co/xB3x8atDCv

"Leaving this here in the event that the powers that be are listening,” Burton tweeted, sharing a link to the petition which has since received over 195,000 online signatures so far. Making a case for Burton, Joshua Sanders, the creator of the petition, wrote: "Between hosting 21 seasons of the educational Reading Rainbow, playing the brainiac engineer Geordi La Forge on Star Trek: The Next Generation, and filling the role of Kunta Kinte in the ever-important mini-series Roots, LeVar Burton has inspired and shaped the minds of several generations of trivia-loving nerds."

He added: "This petition is to show Sony Pictures Entertainment Inc. and producers Mike Richards and Harry Friedman just how much love the public has for Burton, and how much we'd all love to see him as the next host of Jeopardy!" Burton seems to be on board and previously expressed his interest by sharing the same petition when it was first released back in November. "Even if nothing comes from it, I can't tell how much how I appreciate all y'alls love and support!" Burton had tweeted then. But, given the overwhelming response from fans, Sony and the producers of the show will certainly think twice before trimming down their options.

What makes a great host has nothing to do with a person's Jeopardy wins. It is in their ability to make people comfortable so that they can draw out the weird tales Alex Trebek could & he was NEVER a contestant. LeVar has the charisma (+ the Reading Rainbow & Star Trek TNG fans)

"For my entire life LeVar Burton has been a beacon of wisdom, literacy, and humanity. I can think of no better successor to the late Alex Trebek," a fan wrote supporting the 64-year-old. "Now that I've seen this, I can't think of any other host candidate. Burton probably taught Jeopardy! contestants how to read as children and would bring the same gentle gravitas as the incomparable Trebek," added another. "Perfect successor to the great Alex Trebek. Levar Burton has the wit, wisdom and kindness to be a great Jeopardy host," opined one more.

Trebek passed away back in November last year from pancreatic cancer. Since his passing, the iconic show has brought in a series of guest hosts to fill his shoes till a permanent replacement is announced. So far, Katie Couric, Aaron Rodgers, Dr. Oz, and Sanjay Guptam among others, have taken turns guest-hosting show.

FFS, @Jeopardy Why are we begging you for this? His was the FIRST name that came to a lot of us a successor. Let him try. I mean, Dr. Oz was put on the air. What are you doing?

While all the guest hosts were well-received, the enlisting of Dr. Oz has divided opinions, with over 500 former participants of the show taking issue with Dr. Oz, because they felt the move was contrary to everything the show stood for as a fact-based quiz show. "Jeopardy! is a show that values facts and knowledge. Throughout his nearly two decades on television he has used his authority as a doctor to push harmful ideas onto the American public, in stark contrast with his oath to first do no harm," the letter said, according to The Hill. "These ideas include promoting supplements that do nothing, legitimizing gay conversion therapy (which is banned in California, as well as 19 other states), dangerous ‘cures’ for autism, and, most recently, the use of hydroxychloroquine as a treatment for COVID-19,” it added.

Thank you for being an inspiration throughout my youth. From Reading Rainbow to Star Trek! You deserve all the best!! I am signing the petition. Praying for your continued success!

It remains to be seen whether Burton will ultimately succeed in getting the role but one thing is for certain, he already has a horde of fans dating back to his Star Trek days as well as Reading Rainbow fans willing to watch and support him.