Jennings holds the record for winning the most number of games on the show at 74 between 2004 and 2005. 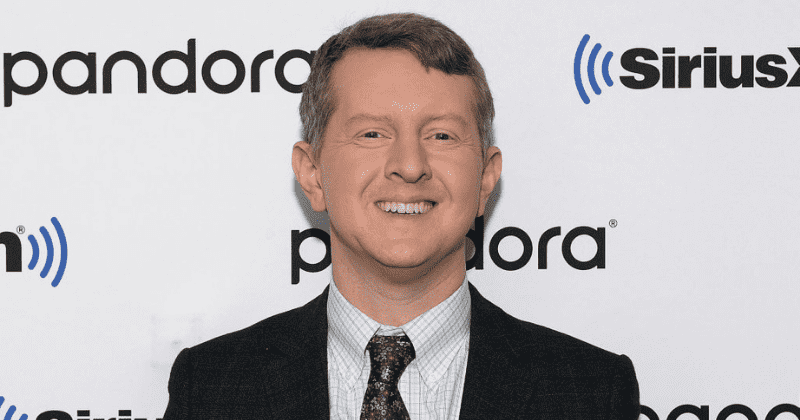 As they say, the show must go on. And that's what the producers of the popular game show Jeopardy! are planning. After the passing of long time host, Alex Trebek earlier this month, the quiz show is all set to resume production with an interim host. The show announced on Monday that Ken Jennings, who holds the all-time record for most consecutive games won, will be the first interim guest host for the show, with production set to resume on November 30, reports CNN. Announcing the news on Twitter, the Executive Producer Mike Richards said: "Alex believed in the importance of Jeopardy! and always said that he wanted the show to go on after him. We will honor Alex's legacy by continuing to produce the game he loved with smart contestants and challenging clues. By bringing in familiar guest hosts for the foreseeable future, our goal is to create a sense of community and continuity for our viewers."

We will resume production on 11/30 with a series of interim guest hosts from the Jeopardy! family – starting with Ken Jennings. Additional guest hosts to be announced. pic.twitter.com/0MdGqnzp3R

Jennings responded to the announcement with a tweet of his own. "There will only ever be one Alex Trebek, but I'm honored to be helping Jeopardy! out with this in January," he wrote on the social media site. According to NPR, Jennings appointment comes as a great move considering he's won the show for 74 straight times in 2004 moving into 2005. This streak made him a multi-millionaire as he earned $3,370,000. Jennings even took on Watson, IBM's supercomputer, which is said to be the size of 10 refrigerators in a televised game of man vs. machine, and lost the game.

There will only ever be one Alex Trebek, but I'm honored to be helping Jeopardy! out with this in January. https://t.co/2m2b5IQnkw

At the moment, a long-term replacement for Trebek is yet to be named with Jennings expected to be the first of man guest hosts said to be announced in the coming weeks. Meanwhile, Twitter has reacted well to the new short-term host being name to take on the mighty shoes left emptied by Trebek. Commenting under the announcement, Scott Rodman wrote: "The only problem I have with this news is the term "interim". When Alex passed, you were the only person I thought of who could even attempt to fill his shoes. I hope interim eventually turns to permanent. Good luck!" David Nussbaum added: "I always knew that having you on my podcast 6 years ago would be a career springboard for you. But seriously, Jeopardy is lucky to have you. Trebek would be proud. Congratulations."David Amber wrote: "I love this decision. Ken Jennings is the Jeopardy (goat emoji). Just like Alex he embodies the perfect mix of brilliance, wit, and personality. Good luck Ken." Van Fan added: "This news made me feel both overjoyed and tremendous sadness. It really hit me today. But I can think of no finer choice for first guest host. Good luck Mr. Jennings. We very much look forward to your shows."

Good for you, Ken. Enjoy.

Trebek was diagnosed with stage 4 pancreatic cancer in 2019, and died on November 8 this year at the age of 80. He hosted the show since 1984 when the new version of the show started and even became part of the Guinness Book of Records for the longest time hosting game reality show on TV. After his passing, the show tweeted heartfelt condolences to his family and wrote: "Jeopardy is saddened to share that Alex Trebek passed away peacefully at home early this morning, surrounded by family and friends. Thank you, Alex." Currently, the show is in its 37th season, and new episodes hosted by Jennings will air in January 2021.

I'm really happy for you.