Jane Fonda's Ex-Husband Bullied Her Into Having Threesomes & Group Encounters: 'It Was Killing My Heart'

Fonda revealed in her autobiography that she did not enjoy it but participated out of fear of losing her then-husband. 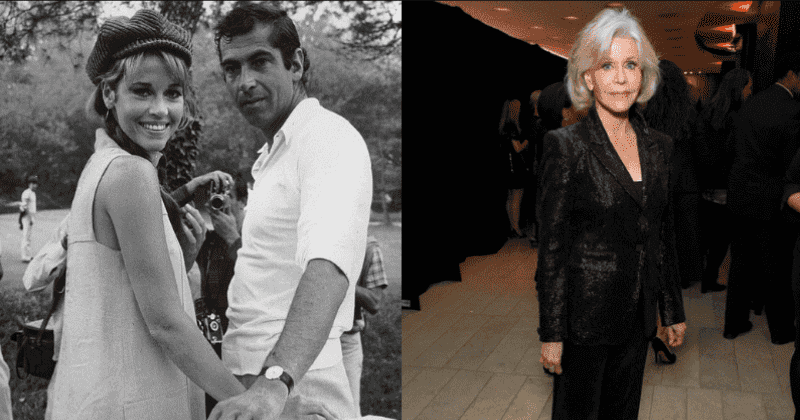 Two-time Academy Award-winning actress Jane Fonda, one of the most well-known names in Hollywood during the '60s and even now, was bullied into getting into threesomes and even foursomes by her late husband, Roger Vadim. The glamorous actress who comes from a powerhouse film dynasty was not short of suitors, but she was charmed by the French director after they met at a New Year’s Eve costume ball in Paris’s Bois de Boulogne, according to Daily Mail. At the time, Vadim was still married to Brigitte Bardot, who was just 18 years old. Fonda knew Vadim as being a great seducer and their affair, marriage, and sexual escapades were the talk of the town with people wanting to know who was in their bedrooms. Most of these usually included the who's who of politics, arts, and of course, the silver screen.

But all throughout their time together, Fonda said she felt hallow. She was the one who felt insecure and would be ready to fulfill any of Vadim's sexual fantasies promptly. She would even solicit women for him and would even ask close friends if they would like to join them in their bedroom. "He hired call girls to join us in bed. And, what is worse, I threw myself into the whole charade," wrote Fonda in her autobiography, My Life So Far. She added, "I had never even thought about a threesome but I treated it as if it was the most normal thing on earth. So threesomes became foursomes – always girls. I convinced myself that I enjoyed it. We reached a point when I would go and do the soliciting. Always discreetly, of course, through a high-class agency."

She wrote further, "Yet I was supposed to be clever and my own woman. I was anything but.” Now at 82, Fonda said she sometimes can imagine she did some of these things. She wrote, "Had any of this leaked out at the time the consequences could have been disastrous. Even now, I can’t believe I took the risks. The personal feeling of having no self-worth was bad enough.” The feeling of anxiety and unhappiness was there even before marriage. Recalling her wedding day in 1965, she wrote that she had been "feeling like a zombie and wondering: 'I don’t know why I’m doing this.'" Later in the day, she had locked herself in a bathroom, rang a former lover, and asked him while sobbing, "I’m married. Now what do I do?" He replied, 'I haven’t the faintest idea' and hung up." But from the beginning, Vadim made it clear it was going to be an open marriage.

There was a time when even her own former stepmother Susan Blanchard was invited into the bedroom with her new husband, actor Michael Wager. They declined. She also invited her childhood friend Brooke Hayward and her actor husband, Dennis Hopper. She wrote, they said yes "for the hell of it", according to Hayward. Fonda ultimately divorced Vadim in 1973 after being married for 8 years and having a daughter together. Vadim died of cancer at the age of 72 in 2000; Fonda attended his funeral.