trending celebrity people lifestyle news animals
Sophia Hutchins Slams Caitlyn Jenner For Barging In While She Was Having Sex: "It's Like Living With Parents"

Sophia Hutchins Slams Caitlyn Jenner For Barging In While She Was Having Sex: "It's Like Living With Parents" 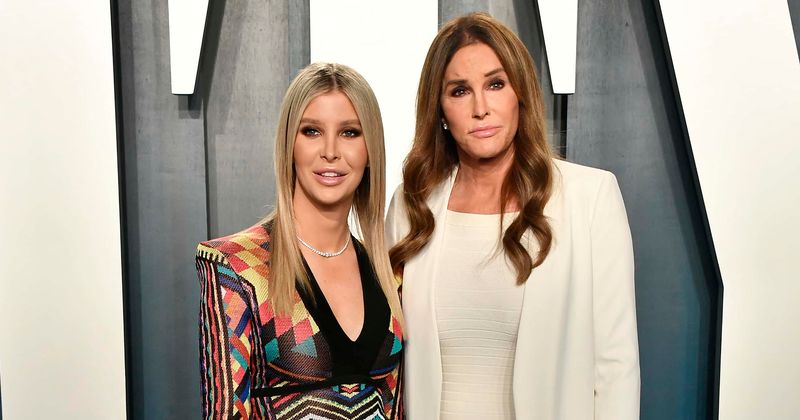 The relationship between Sophia Hutchins and Caitlyn Jenner has always been a mystery. But a recent revelation made it even more confusing for those invested in the relationship. Hutchins revealed in an interview that Jenner, who is rumored to be engaged to her, has walked in on her having sex with someone else many times. She also insisted that Jenner does it on purpose. During her appearance on the Juicy Scoop podcast with Heather McDonald, Hutchins admitted that her relationship with Jenner is more of a "parental" one, much to everyone's surprise.

Jenner apparently also has a say in who Hutchins dates, reports the Daily Record. She revealed that the habit of "barging" into her room when she has guests over has become more and more frequent. "She kind of saw a lot of things happening, and so it's kind of like living with your parents," Hutchins said on the podcast."I'm like, 'Oh, this might be a turning point where I might need to move out'." She was also forced to put a lock on her bedroom door because the I'm A Celebrity star would keep walking in on her having sex. The pair have been living together for a while now, which also further fueled the rumor of their engagement.

Jenner, 70, and Hutchins, 24 were inseparable with the two being pictured numerous times on the red carpet together. Hutchins became Jenner's plus one to everything, including family parties and people started to assume that their business relationship had now become personal as well. "I saw nobody was managing her, and there were all these people taking massive advantage," Hutchins told The New York Times. "And I was saying, ‘Caitlyn, if I don’t step in here and start managing you, you’re going to go broke.’" The two developed a level of trust after meeting through their hairstylist, and Hutchins started managing Jenner taking a 10 percent salary cut from her. Moreover, she even moved into the former sports star's 11-acre, four-bedroom mansion.

"It was never romantic. It was never sexual. It was very much friends," Hutchins clarified on the podcast. Being Jenner's full-time manager is the extent of the relationship, reported Mirror. "That's kind of the extent to our relationship. It's very parental, very protective. But, at the same time, it's also businessy." She added, "It's like we're family. All of my family is in Seattle... it's been nice to feel like you have a family where you're living." And in a resounding statement, she clarified to all the speculators, "As far as romance, no." She is now the executive director of the Caitlyn Jenner Foundation.

"I don't want to leave her by herself, but she also knows and I know that I'm getting older - like I want to be able to kind of have my own life," she said on the podcast. So even if she does follow up on her instinct to move out, she will still be a big part of Jenner's life. In fact, she even flew out to Australia after Jenner's exit from the reality show I'm A Celebrity...Get Me Out Of Here, when she returned from the jungle. Jenner had this to say about her young manager and told The New York Times, "Over the last few years, Sophia has been my best friend, family and confidant. She is one of the top minds in her field. Her value in my life is undeniable. The sky is the limit with her entrepreneurial spirit."