trending celebrity people lifestyle news animals
"I’ll Just Go To Heaven & Play Until You Get There": 4YO Tells Mom Before Passing Away From Cancer

"I’ll Just Go To Heaven & Play Until You Get There": 4YO Tells Mom Before Passing Away From Cancer

Nolan Scully made it easier for his parents to handle the difficult moments even though he was battling a rare form of cancer. 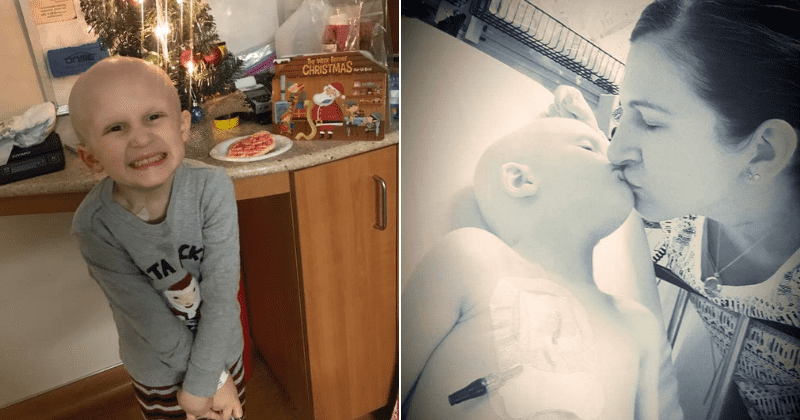 It takes a great deal of courage and willpower for even an adult diagnosed with cancer to maintain a calm and collected composure. But one four-year-old not only braved through his diagnosis but also made it easier for his parents to handle the difficult moments as well. Nolan Scully, unfortunately, did not pull through despite doing his best for almost two years after his initial diagnosis. But the little boy has left behind a lasting impression and a comforting message to his parents just before he passed in 2017. His mother, Ruth Scully, even called his last moments on earth "beautiful" and shared them with the rest of the world.

Nolan was diagnosed with Rhabdomyosarcoma, a rare form of cancer that affects soft tissue, when he was just three. He endured a period of chemotherapy before the doctor came back with the terrible news that no parent wants to hear. They were informed that the cancer was spreading like wildfire and that it was beyond treatment. What was worse than hearing this news was telling her child that he was dying and there was nothing they could do to stop it from happening. They explained to little Nolan that he would no longer have to fight cancer. She recalled the relief he felt at being told this.

The sweet boy then quickly added that he would continue to fight for his mother. The heartbroken mom who called him by his endearing nickname, "Poot," asked him, "Is that what you have been doing?? Fighting for Mommy??" His response to that was: "Well DUH!!" Ruth then asked her son what her job was as his mom, to which he said, "To keep me SAFE! (With a big grin)" She then had to do the painful thing of breaking the news to him and said: "Honey ... I can't do that anymore here. The only way I can keep you safe is in Heaven."

What Nolan said next was the most heart-wrenching thing ever. "Sooooo I'll just go to Heaven and play until you get there! You'll come, right?" he asked with the innocence of a five-year-old. They then took him home to spend his last moments as comfortable as possible. He played with his family and together they made as many happy memories as they could as the clock ticked. "My 4-year-old Hero was trying to make sure things were easy for me," Ruth wrote in the post. That night, however, things took a turn for the worse but not before Nolan graced his mother with another miracle to cherish before he left her behind.

Just as she came back after a quick shower, she was informed that Nolan was in a coma with a collapsed lung. "I ran and jumped into bed with him and put my hand on the right side of his face. Then a miracle that I will never forget happened...My angel took a breath, opened his eyes, smiled at me, and said 'I Love You, Mommy.'" He then passed away as she was singing You Are My Sunshine in his ear. "He woke up out of a coma to say he loved me with a smile on his face! My son died a Hero," she stated. "He brought Communities together, different occupations, made a difference in people's lives."

Nolan wanted to be remembered as a policeman and let his mom know that he wanted everyone at his funeral to be happy. "All Nolan ever wanted to do was to serve and protect others, he did just that all the way up to his last breath and continues to do so every day," his mother wrote. "He loved his family fiercely and every one of his friends!" By sharing his story, Ruth hoped for two things, that others will learn from the legacy he left behind and as a wake-up call to raise awareness about the disease. "We didn't fail him, it was medicine that failed him," she told CNN.