Extreme Penny-Pincher Says She Has Not Done Laundry In 3 Years, Lives On $200 Budget In NYC

Kate Hashimoto has a monthly living budget of only $200 in New York City and finds ways to reuse everything. 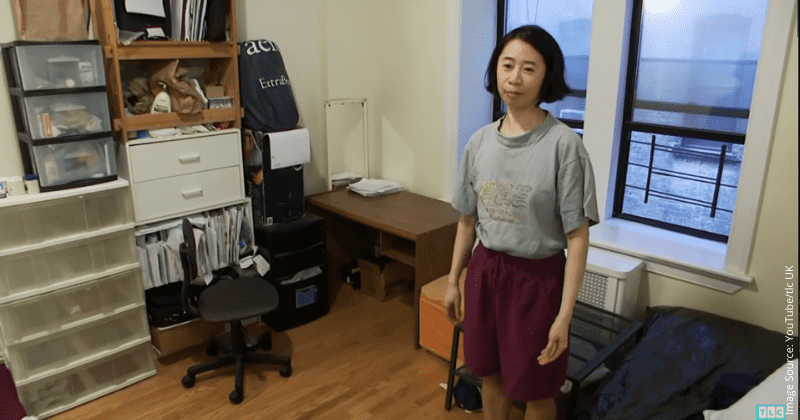 Hard times have brought out the penny pinchers in all of us at some point or the other. But some people have made it their entire life's mission and sometimes even their personality, to spend as little as possible. While that is a great budgeting tip, it is not quite practical and often leads to extreme means to ensure little to no money leaves your purse. One extreme penny pincher is Kate Hashimoto of New York who hates to spend money and sure, this may seem relatable, but the similarity probably stops there. She revealed her unique money-saving tips on the TLC reality TV show, Extreme Cheapskates.

Hashimoto has lived in New York for three years. New York is known to be one of the most expensive cities to live in and it may come as no surprise that she has to go to all these lengths to make ends meet. “If I have to spend money, I try and avoid it, I will try and pay as little as possible,” she explained on the show. She has a monthly living budget of only $200 and finds ways to reuse everything. For instance, when she visits a public bathroom, she takes the hand towel she used with her. “If I am drying my hands in a public bathroom, I am drying off hands that I washed clean so I keep them and reuse them,” she reasons.

“I’ve always been frugal, but it was when I was laid off in the dot-com crash that I became extreme,” Hashimoto said, according to New York Post. “No job is guaranteed, so I live as if I could be fired at any time.” She is currently employed as a CPA and may not need to live the frugal life that she does. But she has found a way to make it work. Hashimoto has not bought clothes in eight years and has not invested in underwear since 1998. As for laundry, she hasn’t done laundry for three years, and the clothes that do need to be washed are given a quick soak and wring in her shower.

Hashimoto also does not believe in spending money on furniture. Her apartment has been fully furnished from discarded furniture on the street that she takes before the trash picks it up. "I have saved a couple of thousand dollars on furniture," she said. As for her bed, it is made up of old yoga mats that she has piled up to make a mattress, and she uses magazines placed on her gas stove as a dining table. The dishwasher in her apartment is used as storage space for her cutlery and electric stove. "It's a waste of water and energy," she said of the dishwasher.

Hashimoto regularly goes dumpster diving. She sifts through rubbish outside eateries and supermarkets to salvage "sanitary" food she can eat, reported The Mirror. This often includes pre-packaged gourmet and organic products. She also refuses to eat in restaurants with her friends unless they pay for her food. The thrifty woman has not bought any toiletries in years. She has taken to keeping an eye out for promotional items and freebies at events, enabling her to stockpile various toiletries, including tampons and sanitary pads. "I'm a big fan of free samples. Maybe I’m an extreme sampler," she said.

Hashimoto also revealed that she does not buy toilet paper and uses water and soap to clean herself. Many people found this shocking but people on YouTube clarified, "Honestly, using water is more hygienic because you are actually cleaning the area instead of just wiping it. I do this, it’s really not a cheapskate thing, more a cleanliness thing." Another person stated: "Honestly she isn’t even a cheapskate, she is just smart asf(no hate.)" Others clarified that it is the circumstances of life that have made her choose to live like this.