trending celebrity people lifestyle news animals
Husband Saw His Wife Die Of Coronavirus Right In His Arms: "Her Eyes Went Small. I Could See It"

Husband Saw His Wife Die Of Coronavirus Right In His Arms: "Her Eyes Went Small. I Could See It"

This NHS worker's husband reveals what her final few days on earth were like after she contracted the virus and succumbed to it less than a week later. 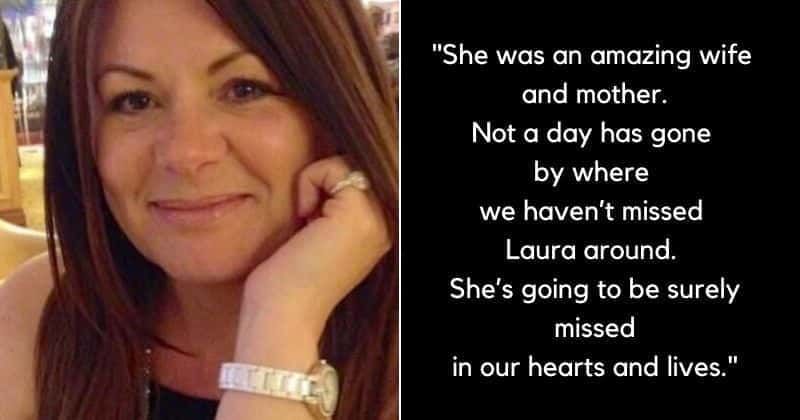 We've all heard about the dangers healthcare workers put themselves through fighting on the frontlines of the pandemic with massive odds stacked against them. But, one thing we haven't heard enough of is the consequence it has on their family life. They're stripped of the freedom many take for granted such as spending time with their family, and when they do get the time, they have to be on eggshells so that they don't spread the virus. This mother-of-two and NHS worker, Laura Tanner's tale gives us a firsthand glimpse into the real-life consequences healthcare workers and their families go through.

According to an Express and Star report, Tanner, who was contracted with the Coronavirus, fought valiantly before succumbing to its deadly symptoms...in her husband's arms. She was employed with the NHS for more than ten years during which she worked as a locality administrator for Basildon and Brentwood Clinical Commissioning Group. She passed away on April 1 after getting infected by the virus in what her husband recalls as a "horrific" ordeal. Kevin Tanner, the husband who held her, craning her neck in his arms as her breath became "shallower and shallower" reveals the gut-wrenching details of his wife's last few moments. "It was horrific - I still have nightmares." He said, "Laura hadn't been able to get out of bed on most days or eat, but this day she had got up and was fumbling around downstairs."

According to Mirror, Kevin, Laura and their younger son Kian contracted the virus around the same time and developed what he calls "nasty flu-like symptoms". Soon after, the family decided to isolate themselves as per the government's guidelines to contain the spread. The father-son duo managed to shake off the virus, Laura's condition weakened and the symptoms grew stronger. She had a high temperature which only kept rising, prompting the husband to call the paramedics. "I went down to check on her and it was like she was having a bad panic attack," he said. "She was struggling for a breath and was asking me to calm her down. I called 999 and got Laura a paper bag and sat with her but her breathing just got shallower and shallower," he recalled. "Her eyes went small and I could see it, she was going and then she passed."

Within five days of her showing the symptoms, Laura breathed her last. "Paramedics came within 10 minutes and four of them worked on her for about an hour then took her away," the distraught husband added. "Around 45 minutes later two of them came and knocked on the door and said 'we are really sorry, she's gone'." The husband Kevin is now determined to raise awareness about the deadline of the virus. "I just want to raise awareness of just how easy it is for this virus to take someone you love away from you," he said. "This virus is real and takes lives, no matter who. Please stay inside and save lives." He continued: "Laura was the most wonderful, warm, fantastic wife and mother we could have wished for. Not a day has gone by where we haven't missed Laura around."

A JustGiving page has been set up to help the family deal with Laura's passing. "This is such a tragic situation and I hope you will join me in passing on your condolences to Kev. Thank you for your support at this time," an excerpt read. The page which was opened with a goal amount of  £500 ($623) has collected more than £4,000 so far. The husband was overjoyed by the response and wrote a heartfelt message thanking the donors. "Hello everyone Thankyou So so much from myself and Laura’s 2 boys Ethan and Kian."