The straw invented by Susana Cappello, Carolina Baigorri, and Victoria Roca has two test strips that change color. If it turns blue then the drink has been spiked has any of the popular date rape drugs. 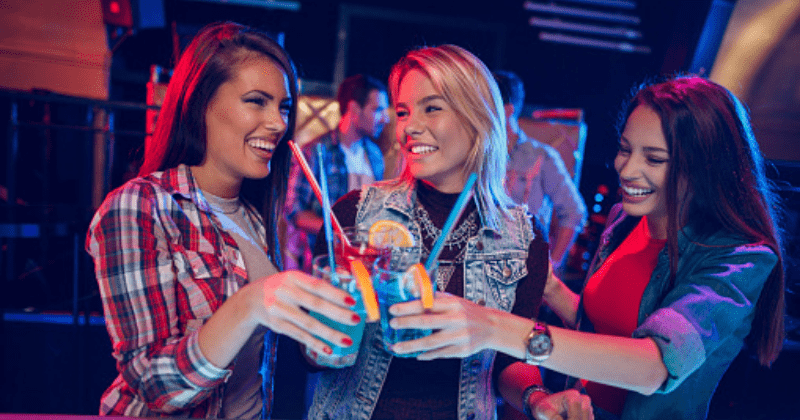 Women are brought up from a very young age to be wary of strangers, especially men. They are told to never have their earphones plugged in while walking on lonely streets, to always walk with their keys between their fingers, carry pepper spray, and never take their eyes off their drink at the bar. Women live vigilantly and try to stay out of harm's way as much as possible. Despite all the preventive measures women are forced to take, there is still a way they can be hoodwinked in a matter of seconds. Understanding that women can never be too careful, three high school girls came up with an ingenious solution.

Since date rapes have been on the rise, Susana Cappello, Carolina Baigorri, and Victoria Roca from Miami have invented a straw that can detect if a drink has been spiked with date rape drugs. It is when the perpetrator mixes the victim's drink with a drug to render them unconscious before raping them. But these newly invented straws help detect just that. The straw has two test strips that change color if the drink has any one of the popularly available date rape drugs such as flunitrazepam (Rohypnol), ketamine, or gamma-hydroxybutyrate (GHB.) If the straw does not change color, then it's safe to consume.

In eight out of 10 cases, the victim knows the rapist or it is someone they think they can trust, according to Rainn. The "smart straws," can make it easy to detect whether an untrustworthy drink without drawing attention. The straw turns blue when it comes in touch with the drug if it is present in alcoholic as well as non-alcoholic drugs. This potentially life-saving invention won first place in the Business Plan Challenge High School Track. "We were really passionate about this so we kept on pursuing it," Cappello told the Miami Herald. She also mentioned how their classmates referred to them as "the straw ladies."

"Our goal is to reduce the [date rape] statistics," Capello said acknowledging that it is a real and growing problem. Despite being discouraged initially by the naysayers, the straws were a hit, and what impressed the judges was the simplicity. The judges thought it was "brilliant" and something that could be easily carried by students in their purses when they went to parties. It is also something that can be distributed by school organizations and campus health clinics. The judges also encouraged them to think of ways the same concept can be used to make other related products or services that can complement the straws.

They are working on getting a patent cover for their straws which is easy to copy. The girls also hope to kick off a crowdfunding campaign to help bring the straws into the market and making them available to all. They are also considering naming the straws, "Safety Straws" since the patent for "smart straws" is with McDonald's for straws used for drinking shakes. "Rapes assisted by drugs or alcohol are all too common. We just want to give any gender a simple tool to protect themselves," Cappello told A Plus. "We would also like to lower the rapes that occur in general with the involvement of alcoholic or nonalcoholic drinks."

"We know it’s not a solution because it can’t end rape, but we were hoping to lower the amount of rape and dangerous situations you might be in through drugs," Baigorri told Inside Edition. The team says the only current drawback of the straw is that it works for a limited number of drugs with dozens of others that are available. "Our impact is just to help people feel safe in their surroundings and be aware of what’s going on and just to make sure that where they are, and what they are drinking, is safe," Cappello added.