trending celebrity people lifestyle news animals
Brave 14-Year-Old Boy Saves Friends By Pushing Them Away From Speeding Car, But He Loses His Life

Brave 14-Year-Old Boy Saves Friends By Pushing Them Away From Speeding Car, But He Loses His Life

Ricky Rojas Jr was walking to a store along with two other boys when a Mustang came speeding towards them. 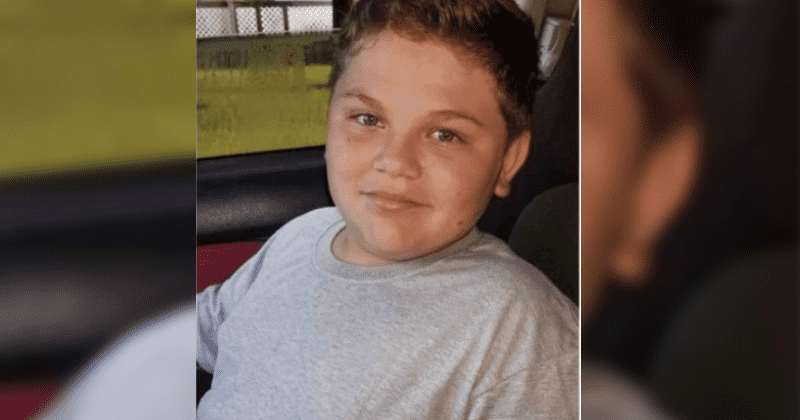 Ricky Rojas Jr, 14, was walking down the road with his friends when a Mustang came speeding at them. The only thing on Rojas Jr's mind was to push his friends to safety but this action came at the cost of his own life. The boy from Texas is being hailed a hero after he succumbed to injuries from the accident. "[He] has a heart of gold," said his father, Ricky Rojas, reported ABC13. Damien Escobar, Rojas Jr.'s friend, said he was saved by his friend's last act. “I think he pushed me,” said his friend Damien Escobar. Escobar was also hit by the car but the injuries were minimal, thanks to Rojas Jr. The incident happened on March 5, 2021, along the 500 block of Main Street on a foggy La Marque road.

Just read a story about 10 year old Ricky Rojas Jr., he died saving his friends from an on coming car.

You’re a braver man than I ever was Ricky. #rightinthefeels

Ricky Rojas Jr was walking to a store along with two other friends, who are also 14, when the 2008-model Mustang came speeding their way. According to authorities, the driver's vision was compromised by the weather, reported Inside Edition. The trio had been walking to the store on a Friday when tragedy struck. “He was walking with his friends but, according to the police, due to the time of day, the driver couldn’t see them,” said Sage Rojas, the victim's brother, said on the family’s GoFundMe page. “My brother pushed his friends out of harm's way and in turn was hit.” More than $16,000 was raised as part of the fundraising campaign.

Escobar believes Rojas Jr. was able to push him out of the way because he was a step behind them. Escobar said he was hit by the car but could stand after being collided into. Once he stood up, he saw his friend lying on the ground, grievously hurt. Two strangers in the vicinity came running to help the kids. They checked his vitals. "They checked his pulse and said it was fatal, and I was panicking trying to breathe," recalled Escobar.

14-year-old Ricky Rojas Jr. was about a step behind his friend, so he was able to push him out of harm's way when a car was coming https://t.co/Uve5ixBLJq

The La Marque Police released a statement confirming Ricky Rojas Jr. as the victim. "The investigation indicates that three juveniles, including the victim, were walking in the right-hand lane of FM 519. Just before being struck by the vehicle, the victim pushed the other two juveniles out of the roadway. The driver of the vehicle, a 2008 Ford Mustang, was identified as Jose Rivas from Freeport. Rivas is cooperating fully and provided a voluntary blood sample the night of the crash, as is standard procedure during a fatality crash investigation. At the time of the crash, the weather conditions were foggy with an approaching thunderstorm. The investigation into the crash is still in progress," read the statement that was posted to Facebook.

The pain of losing his son is too much for Rojas Sr. to digest. "He meant the world to me, I mean that's my only son," said Rojas. “It brings me a little bit of comfort — makes me feel that he didn’t die in vain.” The boy's father is trying to draw strength from his son's own words — "Don't give up hope and always pick love and kindness."