88-year-old Bob Nill, who worked in front of a KCK Catholic school in Kansas City, was taken to a hospital but died from his injuries 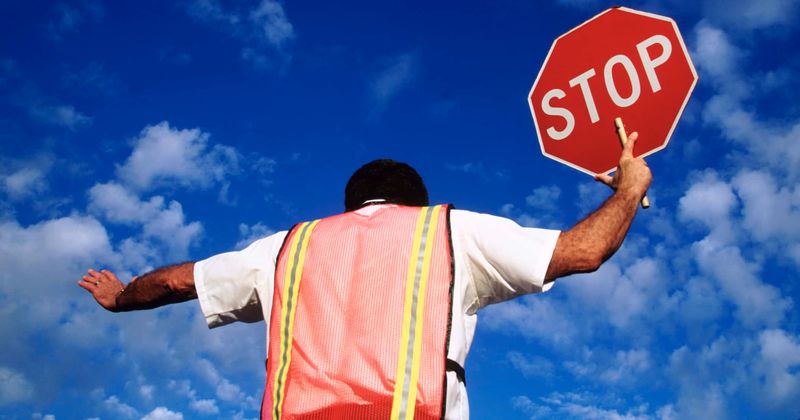 A crossing guard in Kansas is being hailed as a hero after he pushed away two kids who were on the path of a vehicle, reports Fox4. Sadly, the vehicle struck and killed him. Bob Nill worked at a crosswalk in front of a KCK Catholic school in Kansas City for the past 5 years. The 88-year-old former Coast Guard, who also worked in banking for a while, did not want to spend his twilight years sitting out in a retirement home as per his family members. Instead, he wanted to be of service to his community. One morning in February while Nill was doing his job, a driver of a black sedan ran into the path where he was working. The driver hit Nill but stayed at the scene until help arrived. A police statement said Nill died from his injuries sometime later after being admitted.

Bob Nill, a beloved school 88-year-old crossing guard in Kansas, died after he was hit by a car while saving two young children, the school said. https://t.co/RedOuZTfTD pic.twitter.com/w6guPNmJcm

The driver was also taken to a hospital and was investigated by the police. They also set out to determine whether "distracted driving" was the reason for the accident. Condolences poured for Nill from the community. Kansas City Mayor, David Alvey said, “I offer my deepest sympathies to the family of the crossing guard, and I offer our gratitude on behalf of our residents for his selfless sacrifice in protecting our children. The Unified Government staff extends their heartfelt thoughts and prayers to the employee’s family, friends, and those affected by this tragedy.” Nill's employers, Wyandotte County Unified Government, said in a statement, “The Unified Government is deeply saddened to report a public servant employed by the city was struck and killed by a vehicle near 54th & Leavenworth Road while on-duty as a crossing guard this morning."

When I go, let me go out like this man.

It added, "Eyewitness reports indicate the employee was struck while pushing children out of the way of the approaching vehicle." In a statement posted on their Facebook page, Christ The King Catholic School Kansas City, wrote: We would like to give you an update on our crossing guard, Mr. Nill. Our hearts are heavy as we inform you of his passing. Please continue to keep Mr. Nill and his family in your prayers as well as the students, parents, and teachers who witnessed today's accident. Also know that Mr. Nill is a hero. He stopped two of our students from crossing the road as the car approached. Elizabeth Germany, who lives near the Christ The King Catholic School, said about him, “He was very dedicated at what he did. Cared about the kids. Made sure he stood out there with that sign and made sure they were safe to cross.”

Her grandchildren go to a school nearby. She said Nill always went the extra mile to ensure that the kids were safe. He was lovingly known as "Mr Bob" by the kids. Randy Nill, the victim’s nephew, said, "This was something I think he felt like he could help children and help himself feel good about what he was doing. What my Uncle Bob did for just getting little kids across the street seemed probably trivial to some people, but for him, it was a really important job, and now, we really know how important it was. He maybe saved some lives.”

Bob Nill is a hero. An absolute hero. May his soul rest well. https://t.co/JPnDaLJlNF

According to a report in Oxygen, the two boys who Nill saved are brothers, aged 7 and 10. Cathy Fithian, the principal of Christ the King Catholic School said, “He gave his life so that others could live. He saved two young boys and he gave the ultimate sacrifice. We’re just so grateful that as tragic as it was that it wasn’t more tragic thanks to his selfless act.”