18-year-old Althea Bernstein was at a traffic stop when she was assaulted. She suffered second and third-degree burns 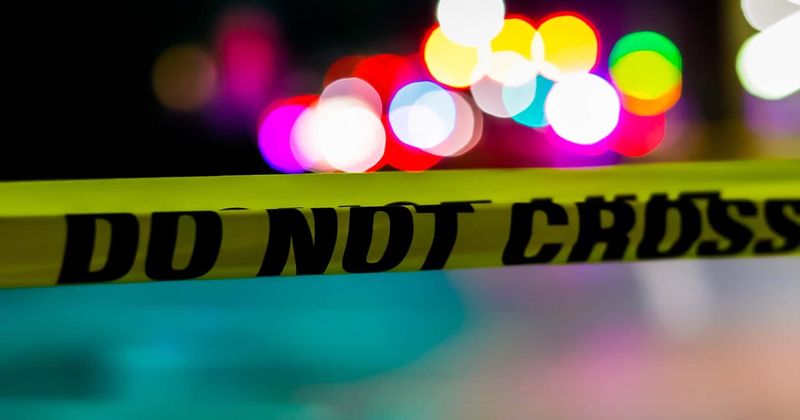 Trigger Warning: The story has details of hate crime, and assault that readers may find disturbing

A biracial woman who was minding her own business at a traffic stop was assaulted by four white men who not only hurled a racial slur but also burned her with a flammable liquid. The incident took place on Wednesday at around 1 a.m. when she was driving in her car in W. Gorham street in the city of Madison. She suffered second and third-degree burns. The Madison Police Department stated in its report of the incident, "The MPD is investigating an assault on an 18-year-old biracial woman as a hate crime after she was burned with lighter fluid early Wednesday morning. The victim believes she was driving on W. Gorham St. when she stopped for a red light at State St."

An 18 y/o black woman was SET ON FIRE yesterday by 4 WHITE MEN who approached her car at a stoplight screaming racial slurs at her before throwing lighter fluid and a match in her face.

She suffers from THIRD DEGREE BURNS to her body.

It added, "Her driver's side window was down and she heard someone yell out a racial epithet. She looked and saw four men, all white. She says one used a spray bottle to deploy a liquid on her face and neck, and then threw a flaming lighter at her, causing the liquid to ignite. She drove forward, patted out the flames, and eventually drove home. Her mother encouraged her to go to a hospital. Hospital staff believed the liquid was lighter fluid. She was treated for burns and will need to make follow-up visits to access additional medical care. Investigators are looking at surveillance images to see if any of the assault was captured on camera." The woman was identified as Althea Bernstein, an 18-year-old EMT who is studying to become a paramedic and a firefighter Madison 365 reports.

18-year-old Althea Bernstein, who works as an EMT.

She told the publication she was on her way to her brother’s house and had just made a stop at the Gorham Street near State Street in downtown Madison. "I was listening to some music at a stoplight and then all of a sudden I heard someone yell the N-word really loud," she said in an interview on Wednesday. "I turned my head to look and somebody’s throwing lighter fluid on me. And then they threw a lighter at me, and my neck caught on fire and I tried to put it out, but I brushed it up onto my face. I got it out and then I just blasted through the red light …  I just felt like I needed to get away. So I drove through the red light and just kept driving until I got to my brother and Middleton," said Bernstein.

I lived in Madison and they have cameras all over State St. So these people should be identified and slammed in jail right away.

She described her attackers as "classic Wisconsin frat boys … Two of them were wearing all black, and then the other two were wearing jeans and a floral shirt." She was aware of a BLM protest that was taking place but said she was not participating in it. Despite the attack, she bravely drove to her brother's house and then back home without much pain probably because of the shock she was in.  Bernstein said, "I’ve had patients in shock and I know what shock is based on the textbook. It’s so incapacitating, you don’t even realize what’s going on. My brain still got me home and my brain still got me to call my mom. I just remember my face was bleeding." She called a Healthline who told her to call for an ambulance. "They were just like, 'Wait a minute. Will you say that again? What’s happening?' I was like, yeah, I got a little toasted," she said.

The fact there are so many racist predators running around with so much hate inside them, is terrifying. Althea Bernstein did not deserve this. How can those four men call themselves human after their horrific attack? SAY HER NAME #AltheaBernstein pic.twitter.com/PVTTp0nnQD

Ultimately, she decided to drive herself to a hospital rather than wait for an ambulance. "There was this guy and he washed my hair and scrubbed my back. And I was like, ‘Okay, this is not that bad. I’m going to have to come here more often for a shower.' They had to pretty much scrub the skin off, which was extremely painful. Burn pain is something I can’t even really describe. I don’t know how to describe it. It was horrible," she said. Despite her horrific ordeal, Bernstein appears to have forgiven her attackers. She said, "I think everyone deserves a chance to improve. I hope they feel bad and make a change. I’m glad it was me, and not someone like a pregnant woman, or a child, or someone who doesn’t have the health care that I do or the support system that I do."

The police have asked anyone with information on this crime to contact Madison Area Crime Stoppers at (608) 266-6014 or by computer at P3Tips.com