Dolly Parton is one of the boldest voices and her fashion style echoes that. Here are some of her best outfits. 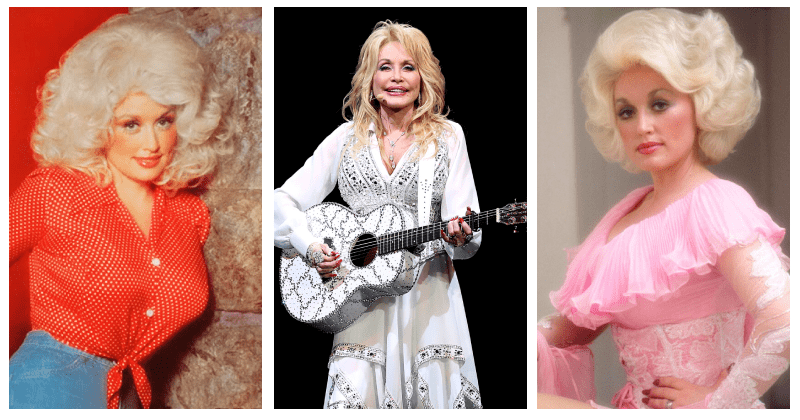 Happy Birthday, Dolly Parton! The country music legend has turned 75 and here's looking back at some of her most famous outfits. Never one to walk a trodden path, Dolly Parton carved out her own path as far as her dressing style was concerned. The country-music legend once joked, "it costs a lot of money to look this cheap.” Parton was never afraid to try new styles and wore a lot of outfits many would consider "over-the-top." It didn't faze Parton one bit. She has worn so many iconic outfits over her decades-long music career including bedazzled dresses, outlandish wigs, fancy shirts, and more, reported Page Six. Parton didn't care where her clothes came from or which brand of clothing she was donning. Parton's message to her creative director Steve Summers was simple. "Do I look good in it, and am I comfortable?’ said Summers, reported Sounds Like Nashville. "She could care less with where it came from or who made it.” Here are 10 of Parton's iconic outfits from over the years.

Parton channelled her inner Marilyn Monroe as she recreated those luscious blonde curls. She donned a knotted and dotted red shirt, and paired it with high-waisted denim. Parton's Marilyn Monroe look was part of her Here You Come Again album shoot. Parton loved various versions of the knotted shirt with the rest of the ensemble including her hair.

Dolly Parton's pink ruffled gown for her album Heartbreaker was designed by Lucy Adams, a seamstress at a shop on Nashville’s Music Row. Parton looked stunning in the album cover.

"I'll always be a country girl!" said Dolly Parton once and true to her word, she loves to dress up as a cowgirl. She stood out with a plaid top, high-waisted jeans along with the perfect cowgirl accessories for a portrait for Rhinestone, a movie she starred alongside Sylvester Stallone.

Dolly Parton was often seen wearing acid-washed denim appeared to be a style she often falls back on. Below, she's seen sporting denim at Dollywood, her own amusement park.

Dolly Parton wore a heavily embellished vest and trousers with semi-sheer panels to Glastonbury, England in 2014. Parton has said previously that she loves to work in pants. "I’m up and down, so it’s hard for me to work in a glamorous dress,” said Parton. “So Steve designed this outfit that had all the glamour of a dress.” Parton also made it a habit to cover her arms, which the country-music legend said she did because of some tattoos. "They’re tasteful … My tattoos are pretty, they’re artful and they usually started out to cover some scar, not to make a big statement. Ribbons and bows and butterflies are the things that I have,” Parton told People.

Dolly Parton wore a rainbow-colored fringe frock during a performance in Nashville, Tennessee, in 2015. As Dolly Parton once said, "There’s no such thing as too much glitter"

There was no color Dolly Parton couldn't pull of. The county music singer often went for vivid colors and stood out in crowds and it was no different when she accepted the Willie Nelson Lifetime Achievement Award in a bright yellow gown at the 50th Annual CMA Awards.

Dolly Parton owned the stage as she wore a stunning see-through dress while performing alongside Linda Perry at Los Angeles Convention Center.

Dolly Parton delivered a memorable performance alongside goddaughter, Miley Cyrus at the Grammys in 2019, when they held a special tribute to the iconic singer. She wore a flowing white gown along with an extension that felt like a cape. “The dress took forever to make and it took many different people,” Steve Summers told Sounds Like Nashville.