12-year-old James Alex Hurley was tortured for two years by his paternal grandparents and uncle, who have all been charged 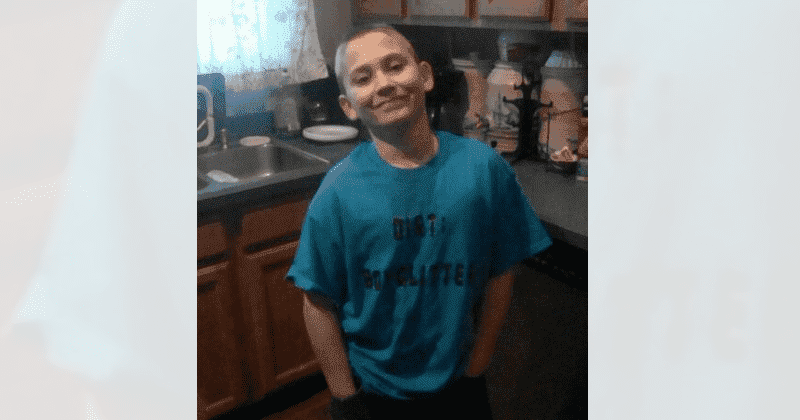 Earlier this year, 12-year-old James Alex Hurley met his untimely demise at the hands of his own grandparents and uncle. Investigations found that the boy was subject to "systematic torture" by his grandparents, James Sasser Jr., 47, Patricia Batts, 48, and his teenage uncle James Sasser III. Prosecutors from Gallatin County, Montana. are now seeking the death penalty against the grandmother, who tortured and killed her grandson reports Law and Crime. The notice was filed by prosecutor Bjorn Boyer. She is also facing other charges which include deliberate homicide, aggravated kidnapping, criminal child endangerment, and strangulation of a partner or family member.

The court documents show that Batts had physically kept Hurley at home and had refused to give him any medical attention before he died. The documents also recorded that days before Hurley's death, his grandmother had choked him. According to NBC Montana, Sasser III’s 18-year-old sister Madison Sasser, who would be the daughter of Batts and Sasser Jr., told detectives she believes Sasser III beat Hurley to death in early February. The two of them have also been charged. Fourteen-year-old son, James Sasser III, faces deliberate homicide charges, as does his father. Madison Sasser is charged with aggravated kidnapping and negligent homicide. Additionally, Gage Roush, a family friend, is charged with felony assault on a minor after prosecutors said he was seen on video hitting the boy with a wooden paddle, reports the Bozeman Daily Chronicle.

Batts is currently locked up on $750,000 bail. Investigators also recovered video evidence of the torture the family forced Hurley to go through for two years. Hurley lived with his father after he was sent away by his mother who resides in Texas. When his father passed away two years ago, he had to live with his grandparents. Sasser Jr. had told detectives that Hurley's mother, Alicia Davis had signed papers giving Batts guardianship over Hurley. They also stated that he admitted having never actually seen the actual paperwork himself. Even though Davis tried to get in touch with him after her husband's death, Batts blocked all her attempts.

"The preliminary report from Doctor Prasher was blunt force trauma to the back of James' head," Gallatin County Sheriff Brian Gootkin said. "There are rumors flying around that James had committed suicide. That is absolutely not true. There’s no evidence to support that. As a matter of fact, we have three people in custody for the exact opposite." The family was previously claiming that he had become "suicidal," "erratic," and "hearing voices." They even claimed that he had tried to hurt himself by running himself into an entertainment center, and had even raised a complaint about it. But the detectives did not find any such complaint and neither did they find records of the family trying to help the boy seek medical help.

According to court records, Hurley and his uncle had gotten into a bad fight. The uncle, at 6 feet tall and weighing about 300 pounds even admitted to kicking the boy who was 5 feet, 3 inches tall, and weighed about 100 pounds. Videos dating back to about two years ago were found, in which Hurley seemed healthy and well-fed. This was also around the time his father passed away. But the videos of the boy found around the time of his death show him in an emaciated state. "I believe the systematic torture and beatings are perpetrated on the victim in this case that led to his death," stated  Boyle. The accused would spray Hurley in the face with an unknown substance that burned him, beating him with a wooden paddle, choking him, and even forcing him to do exercises, investigations showed.