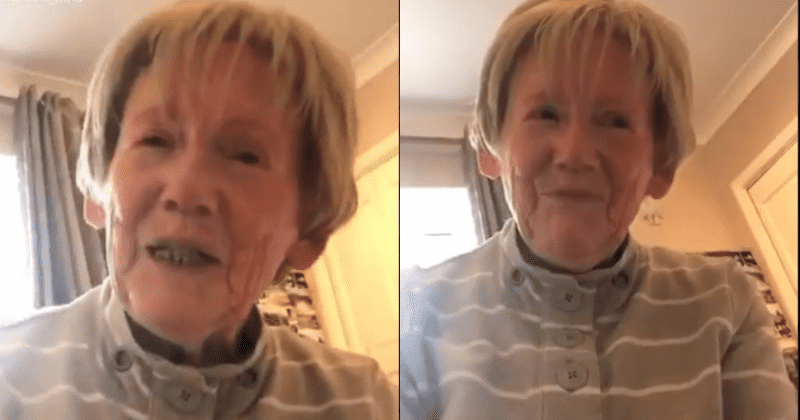 Every man, woman, and child has a right to live their truth to the fullest. And when people think "oh it's too late to open up about it", that's where they are wrong. It is never too late to be who you truly are and that is exactly what one epic grandma discovered. This granny came out about her sexuality and her granddaughter Aimee, filmed the coming out on her camera. The elderly woman first began speaking about her attraction to other women and claimed that she never truly fancied men in a sexual way, PinkNews reported. We are grateful to her granddaughter for capturing the special moment on video as we are feeling pretty inspired by the incident.

I want this queen to have the best life. https://t.co/RPuZa9BqCm

While the grandmother has been in multiple relationships with men, she went on to admit: “If I ever got involved with anybody again, it wouldn’t be a man. It would be a woman. I do like women, I like women much more than men.”  In the video, the granddaughter can be heard prompting her to speak more about herself when she asks for further details. She questions: “But do you prefer women’s bodies?” After a moment of brief consideration, the grandmother confirms her preference. “I think so. Well, I think boobs are nice… I think the penis, I’m not that keen on it!”

It’s never too late to be yourself 💞 https://t.co/sAtw1wnTRM

She went on to describe the kind of person she would be interested in and you'd be surprised to hear that this grandma knows exactly what she wants. “Probably about late sixties. Late sixties. I just like women anyhow… I’ve never liked men that much,” she says. To which Aimee observes, with relish: "Ooh! You're a cougar!" Unfortunately for romantic single people and couples, the coronavirus pandemic has made dating and other social outings a bit scarce and everyone is going to have to wait a little while longer for all that. “At the moment all I want to do is survive!” she laughs, a statement that’s hard not to relate to right now.

Social media was all-in with praise for the grandmother and several users declared their support for the now bisexual grandma. “Well it’s confirmed, we’ve found the cutest woman in the world,” wrote singer Jack Remmington on Twitter. “Every line is more iconic than the last, and I pray she finds the gorgeous 60-something she’s spent her life longing for.”

“This is SO PURE AND LOVELY!!” wrote another on Twitter. “Wishing the best of luck, love, and health to this total poppet!” It was wonderful to see social media rally in support of the grandma, and one can hope that many others in the elderly community also get inspired to do the same if they wished.

Plz Send her someone. pic.twitter.com/PUs1fUg6Iq

While it's is more common over the past decade for people to come out much earlier in life, for Aimee's grandma, things just happened on its own course. She did not rush into things nor did she remain close-minded, and for that, she now has the freedom to express herself to the fullest. It's not easy to come out and be public and vocal about it, however, the trends have definitely changed in support of the LGBTQ community off late. There has been more awareness and more sensitivity. Regardless, there is still a social stigma that is becoming near-impossible to eradicate in the minds and sentiments of many people. It only goes to show that we have come far, but we do have a long way to go.

If anyone’s running out of reasons to look forward to the other side of this year then I honestly think the idea that she will finally find the love she’s always wanted and deserved is one that has ignited a little fire in me. https://t.co/2XDXoqE7PP