The pair adopted a new Labrador Retriever puppy and were seen going on a stroll with their new family member on Valentine's Day. 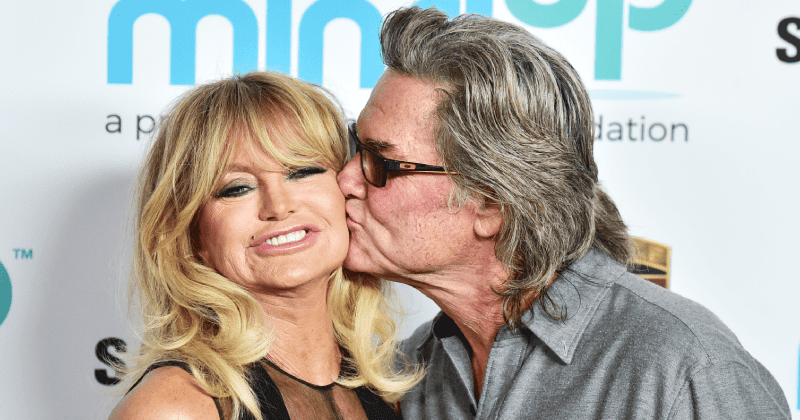 Hollywood's sweetest couple Goldie Hawn and Kurt Russell celebrated 38 years together on Valentine's Day and we just can't get enough of them. The duo has been together since 1983 and celebrates Valentine's Day as their anniversary. The couple enjoyed a stroll in their LA neighborhood along with their latest addition to the family — a Labrador Retriever puppy, according to The Daily Mail. Hawn, 75, had shared an image of the puppy on Instagram earlier, writing: Look what Santa rescued for me. Introducing Roy Hawn Russell. Not only are they so deeply in love, but they also share an amazing work-life balance. They have consciously taken breaks from their career to spend time with each other and last year they worked together, starring as Mr. and Mrs. Claus in the sequel to 2018's The Christmas Chronicles. In real life, the couple chose not to get married because they never felt the need for it. The couple had first met each other while filming The One and Only, Genuine, Original Family Band in 1966 but would go on to date each other only years later.

When asked why the couple never got married, Goldie Hawn said the couple never felt the need to. "We have done just perfectly without marrying. I already feel devoted and isn't that what marriage is supposed to do? So as long as my emotional state is in a state of devotion, honesty, caring, and loving, then we're fine," she said in an interview with Now To Love. "We have raised our children brilliantly; they are beautiful people. We did a great job there and we didn't have to get married to do that. I like waking up every day and seeing that he is there and knowing that I have a choice. There is really no reason to marry."

Kurt Russell said not being married didn't make them any different from any other couple. "Look, I’ve said this for 34 years, I don’t think Goldie and I, in real terms, are any different than any other couple; we go through all the same things," said Russell, reported People. "There’s gonna be ups and downs and sideways and everything else. I just think after 34 years you’re gonna have experienced every emotion that you can together."

Goldie Hawn might have never felt the need to marry Kurt but she knew he was the one for her when she watched him around her kids. She said Russell "had no pretense about him. I could tell right away he wasn't a womanizer." Hawn told People magazine that she fell in love with him “when I watched my kids when they’d come to the set and how he was with them." Of course, Kurt Russell wasn't going to disappoint. "He was amazing with them. He was such a natural." A video of the couple joking about not being married, from the 1989 Academy Awards, sums the couple up and their commitment to each other. If any couple has an ounce of the chemistry the pair share, on or off-screen, they can consider themselves lucky.