The Falcon and the Winter Soldier actor revealed that his newborn son will refer to Russell and Hawn as "Gogo and Gogi" just like his cousins. 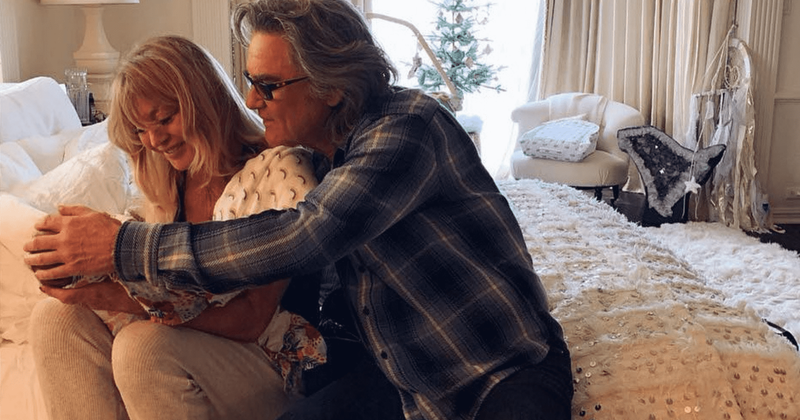 Goldie Hawn and Kurt Russell are called "Gogo and Gogi" by their grandchildren. The actor's son Wyatt Russell and his wife Meredith Hagner recently announced they welcomed baby Buddy, and Russell added that that the infant will continue what his cousins call them - Gogo and Gogi. Speaking to Times Herald, Wyatt, who's all set to appear in Marvel's latest TV series The Falcon and the Winter Soldier, said: "Starting with my brother's or my sister's first child, they're Gogo and Gogi. My dad, his wine that he makes is called Gogi because his nickname in life was Gogi, and my mom's nickname in life was Gogo. So those are what the kids call 'em." The 34-year-old is pumped to be a father and feels the experience is "incredible" and "everything [he] didn't know" it was going to be.

He continued: "It's incredible. It's everything you didn't know it was going to be. I think everything you hope it's gonna be is like a mishmash in your mind before it really happens and then after it happens, whatever happened before is almost like [it never happened]." In another conversation with Entertainment Tonight, the Overlord actor claimed his stepping into fatherhood has "erased" half of his past which pushes him to focus on his new life. "Biologically, I think it does something to your brain where you just erase half your life before you've lived there. And now it's about him and your family and trying to balance everything, and time and new, amazing problems, amazing issues to have. [It] can't be better."

Wyatt Russell is killing it as John Walker. He has been written brilliantly. Honestly one of the most interesting and compelling characters the mcu has introduced. He has given an award worthy performance. I can’t wait to see more of him pic.twitter.com/ddIzPR3h3f

Wyatt is appearing as the new Captain America in the premiere episode of the much-hyped series in a role he claims to love very much. "It's fun to be the Marvel punching bag for a minute," he joked. He appears as John Walker, a decorated Army veteran, and Medal of Honor winner chosen by the U.S. government to be the next Captain America succeeding Steve Rogers played by Chris Evans. The actor also explained that he wasn't holding back when playing the role adding that "it's different". "Obviously, I'm not trying to do what Chris Evans did." In another interview with Esquire, Wyatt talked about the kind of character John Walker is going to be in the series. [Spoiler Alert: You will read contents from Episode 5 of The Falcon And The Winter Soldier, tread carefully if you haven't reached the episode yet].

"He only ever knew one family – and that was the United States Military," he said. "He cared and he fought for them and he loved it, but now they've taken it. They've used him, and he feels used, and doesn't feel understood. Everybody has now turned their back on him, which is very dangerous to do to a person like that who now has Super Soldier serum in his veins." During the interview, Wyatt also shared that he was brought into play because he was an unlikable character. "You elicit that response and it's like, Great, it's working," he continued. "I'm the kind of person [where] the gray area is a place that you must live. If you don't live there, you're going to have a very difficult time in your life trying to figure out who you are, because you're limiting the kinds of questions you can ask yourself and ask others... What this character hopefully brings to people is the idea that there's a gray area in him – and that in life, there's gray area all around us every day."

What was it like to film with Captain America's shield? 🤔 Wyatt Russell answers!

Marvel Studios' "The Falcon and The Winter Soldier" is streaming now on @DisneyPlus. #FalconAndWinterSoldier pic.twitter.com/jjTU34mxKI

The Falcon and The Winter Soldier is currently streaming on Disney+.