trending celebrity people lifestyle news animals
Girl Sends A Letter On A Balloon To Her Dad In Heaven, Gets A 'Response' From 400 Miles Away

Girl Sends A Letter On A Balloon To Her Dad In Heaven, Gets A 'Response' From 400 Miles Away

California resident Ashlynn Marracino's "letter to heaven" was found in a parking lot in Auburn, 400 miles away. 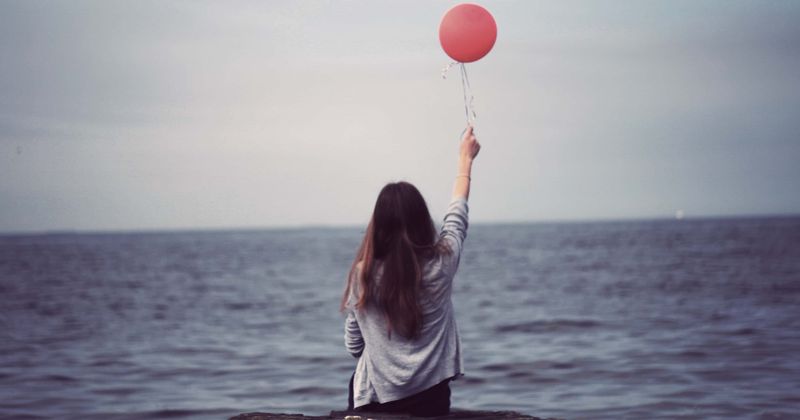 It was a note Ashlynn Marracino from Whittier, California, had written to her dead father on the side of a silver balloon. She then let it fly. Even though the 16-year-old asked for a sign from her late dad that he had received it and that he was watching over her, nothing prepared her for what was going to happen. She started receiving a number of packages in return. According to The Good News Network, part of what Marracino had scribbled stated, “I don’t like how I never had you in my life. It’s not fair. Show me a sign, please. Anything to let me know you’re there. I miss you so much and I want you back.” The balloon had flown some 400 miles away and landed on a parking lot in Auburn, California. It was then found by a person who took it to a restaurant nearby.

This person and the owner of the restaurant decided to send a care package to the girl. How did they find her? They just looked up Marricino's name, written on the balloon, on Facebook, and tracked her down. They did not immediately contact her but instead posted the anecdote of the balloon on the Pay It Forward Facebook page of Auburn. Lisa Swisley, the restaurant owner, told Today  “We started reading it, my coworker and I, realized what it was and we got kind of teary. It was very sad to us that she was missing her dad so much. I just thought I wanted to reach out to her.” People on the page responded warmly and offered to send letters, cards, and gifts. News of Marracino's note soon reached people across the country and she started receiving packages and letters from all over the place.

Young girl's message on a balloon to her dead father winds up hundreds of miles away http://t.co/PSCLvYaWBZ pic.twitter.com/sGcBvOxjdS

Sisley, said she had just finished listening to the audio version of the book, The Five People You Meet in Heaven written by Mitch Albom, and believed she was chosen to respond. Albom also heard of the story and joined the train of kindness. “The message to me was you can make an impact on people’s lives by doing small things. I felt like the balloon came to me for some reason,” said Swisley. Soon enough, Marracino discovered how she was getting all those gifts and packages. She believes it was her father that did ultimately respond, albeit through other people. “All this support she’s getting is just amazing. Maybe we can give hope to some other people, too… they’ll know that our loved ones are watching us,” said her mom, Robin Godfrey. Marracino had released the balloon on her dad’s birthday after he died suddenly of a brain aneurysm.

“I can write out stuff that I want to tell him. It makes me feel like he would receive it — seeing it go up into the sky and disappear… it feels like a weight has been lifted off your chest,” said Marracino, whose own mom also lost her dad at a very young age. “It was very private and personal. We wrote exactly what we wanted to say,” said Godfrey, who encouraged her daughter to write whatever she was feeling in the "letter to heaven." Marracino wrote about how much she missed him and jotted down the things he had missed. She had moved to a new school after his passing. She also wrote about regretting missing his last phone call. She then asked him for a sign, and boy did he give her a big one.