trending celebrity people lifestyle news animals
12-Year-Old Girl Traumatized After Bug Crawls Into Her Ear For 2 Days, & Leaves In A Pool Of Blood

12-Year-Old Girl Traumatized After Bug Crawls Into Her Ear For 2 Days, & Leaves In A Pool Of Blood 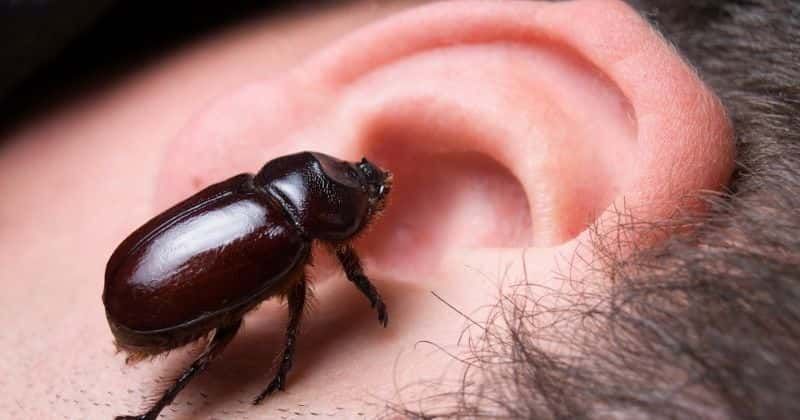 A pre-teen was horrified after a bug burrowed itself into her ear and stayed there for two days. Tha Rungkasatra, 12, from Thailand, was lying on her bed when an unidentified black bug entered came into her room on November 10. The girl freaked out when she saw the bug land on her head and crawled into her ear and made it a temporary home for the next two days, reports the Mirror. Panicked, the girl screamed for help while attempting to get the insect out of her ear. Her concerned mom quickly rushed to help her out. The duo tried to get the bug out only for blood to shoot out of her ear. Following this, her mother, Jinda, 30, took her daughter to a hospital. Recounting the scary experience, the mom said: "The insect flew into her ear. My daughter flinched and her eyes were bulging. We tried to remove it until the blood shot out of her ear."

Girl traumatised after bug leaps at her then burrows into her ear for two days https://t.co/3Gng7xXGiA pic.twitter.com/zkPsJjdfIs

Once at the hospital, doctors told them that the insect had left, and she was discharged. However, as the night wore on, the irritation continued. So, they visited the hospital the following day where the girl was examined by specialists at the otorhinolaryngology department where doctors found the bug still burrowed in her ear. They then poured medicine into the ear to force the insect out and the girl remained at the hospital overnight. When Rungkasatra woke up the next morning, her pillow was full of blood. A quick examination by doctors revealed the bug was only partially out of her ear and soon then managed to pull it out completely. Even though the scenario resolved on a positive note for the girl, she's now left with a terrifying fear of insects as she reportedly "flinches whenever she sees a fly."

I fits I sits

In a similar story, a woman who went to a doctor complaining of water in her ear was shocked to find a venomous brown recluse spider instead. Kansas City resident Susie Torres woke up one morning with popping and swishing sounds in her ear. She decided to check it out after work, though she didn't think much of it at first, CNN reports. But the medical assistant examining her immediately rushed out to get a few more people to help. She then said, "I think you have an insect in there." Torres told 41 Action News that while she did not know exactly what was in her ear at that point, she did not panic. "She came back in and told me it was a spider," Torres said. "They had a few tools and worked their magic and got it out." It was only later that Torres discovered that the arachnid in her ear canal was a highly venomous brown recluse spider.

body horror: when a bug flies and burrows into your friends ear right before your eyes

Luckily, doctors determined that Torres was not bitten by the spider. "Seeing the instruments they were going to put in my ear started to make me panic," she told CNN of the process. A doctor initially tried to flush out her ear with water, but to no avail. Finally, the trespassing spider was pulled out in one piece with its legs splayed. "The nurses said it was dead, but they might've just said that so I wouldn't freak out," Torres said.