trending celebrity people lifestyle news animals
Teen Gangraped By 4 Boys At Party, Was Bullied And Called A Slut, Later She Killed Herself

Teen Gangraped By 4 Boys At Party, Was Bullied And Called A Slut, Later She Killed Herself 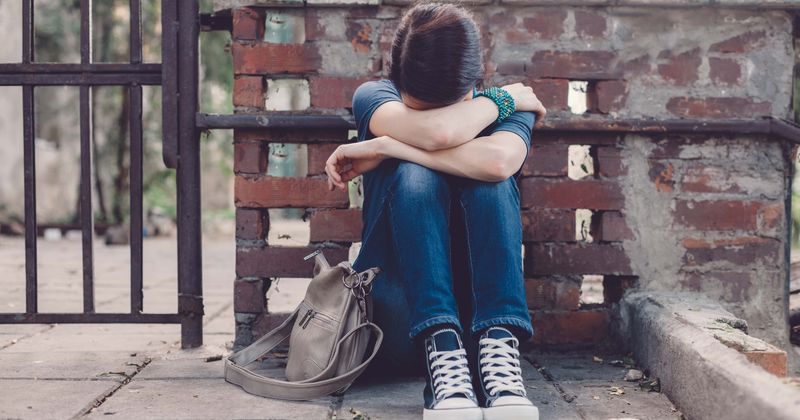 Trigger Warning: This story contains details of rape and suicide that readers may find disturbing

In November 2011, Rehteah Parsons, a 15-year-old girl from Cole Harbor District High School, Nova Scotia, Canada, went to a party with a friend. The events that transpired on that fateful night would forever change her life. Teenagers at the party were said to be drinking vodka and Parsons had little memory of what transpired—but she knew that four boys raped her, and at one point she remembers throwing up when as she was being raped while one of the perpetrators photographed the incident. Her horrors didn't end there—the alleged abusers circulated her pictures everywhere, and within less than a week, the picture was all over the school and the entire town became aware of what had happened. The teen was scared to come clean about the incident and became depressed and withdrawn. However, a week later, she opened up to her family, CBC reports.

By then the damage was already done as she had become a constant target for "bullying and messaging and harassment" as people began to text her lewd messages asking for sex while some even called her a "sl*t". "They never left her alone. She had to leave the community. Her friends turned on her. People harassed her … It never stopped," her mother Leah Parsons told CBS in an interview. She took her daughter to the hospital immediately for an emergency health checkup and got the police involved but unfortunately, no one seemed interested in helping the teenager. Reportedly, the police didn't even question the boy about the events that happened that night, and the authorities showed little effort in trying to find the source of the photograph or even track down the phone that contained said photographs. A year later, the case was dropped altogether due to a lack of evidence with the Royal Canadian Mounted Police claiming that an "investigation into an earlier sexual assault was completed, and in consultation with the Crown, there was insufficient evidence to lay charges."

The girl's family stated that police termed it a "he said, she said" case and said the photo was not criminal even though Parsons was still a minor at that time. In the middle of all this, Parsons' life only seemed to get worse, as she became a punching back for all the bullies in school and online; everyone—including her friends—deserted her and she was constantly reminded of the horrible day on a daily basis. Unable to live with the constant bullying and abuse, on April 4, 2013, the teenager, then 17, attempted to kill herself after she was made to beg for justice by the police, the medical services, and the school administration. She went into a coma and was put on life support.

A poignant message from the father of Rehteah Parsons: we need men and boys to step up to end sexual violence. https://t.co/UdvLRlY19l

Three days later, on April 7, 2013, she was taken off life support and she passed away, causing a furor on the local, national, and international level for the sheer incompetence and injustice her case was subjected to, all of which ultimately led her to die by suicide. Following her death, the RMCP reopened the case on April 12 the same year, and said it was due to "new and credible information"  they received not from the internet. A year later in September 2014, one of the boys, who was 20 by then, pleaded guilty to making child pornography in relation to the photo of Parsons. However, he was let go with a conditional discharge with 12 months' probation since he was a minor when the crime was committed. Two months later, in November 2014, another person was arrested in relation to his connection with Parsons and was let off on probation but his conviction would be kept on record for five years.

Over a decade on from the horrible incident, and nearly eight years after her death, Rehteah Parsons affected change in the legal system and how sexual crimes need to be handled. Yet, one thing she never received was a helping hand from the justice system.