The suspect, referred to as Christian B., is a convicted pedophile and is currently in a prison in Germany. 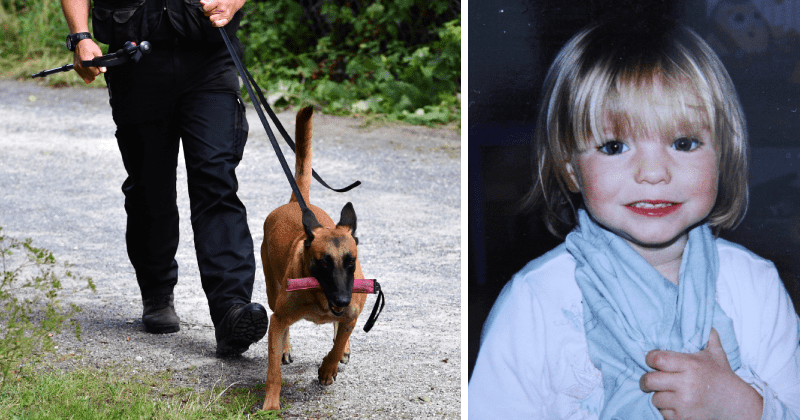 Trigger Warning: This report contains details of kidnapping, rape, and pedophilia that readers may find disturbing

The German police have found a new breakthrough in the case of Madeleine McCann, a 3-year-old British girl who disappeared in 2007, while the family vacationed in Portugal. The cops have found a hidden cellar at the former home of a German man who is a suspect in the case. The hidden cellar was found on Wednesday, reported Fox News. German prosecutors had recently told the girl's parents that they "assume the girl is dead," but the authorities continue their search to find conclusive evidence.

Madeleine McCann disappeared in May 2007 during her family vacation to the seaside town of Praia da Luz in Portugal’s Algarve region. McCann's parents went out for dinner, leaving behind the 3-year-old and her twin siblings in a holiday apartment. When they returned, McCann was missing. The news of her disappearance had dominated the news in England and Portugal.

Over 13 years later, authorities are now hoping to find the remains of the girl. They searched a garden plot of the suspect's former home on the outskirts of Hanover in northern Germany. The authorities have been digging and excavating for three days now. They have pitched a tent over the area and are using dogs to find any clues. They found a cellar after digging nearly 50 feet (15 meters) wide in the garden. They also removed a container during the search from the garden plot. The suspect, a 43-year-old pedophile, is being referred to as Christian B. in the German media. Hans Christian Wolters, a spokesman for the Braunschweig Public Prosecutor's Office, said, "With the suspect, we are talking about a sexual predator who has already been convicted of crimes against little girls and he's already serving a long sentence."

Thomas Dressler, who runs a water sports center nearby, said: "None of us really know the people that stay there. I believe the police are looking for Maddie. It's gruesome and I find it chilling that it could happen and so close to us. But of course, I have never seen him myself," said Dressler, according to Sky News.

Christian B. apparently spent several years in Portugal and was at Praia da Luz at the time of the girl's disappearance. He is believed to have stayed in the same resort as the family. He has also been linked to a camper van spotted in the Algarve region in 2007. The authorities suspect he kidnapped McCann and drove her back to Germany with him. The suspect is currently in prison, in Germany, after authorities arrested him last month. He was arrested on the basis of two previous convictions for “sexual contact with girls.”

"All we have ever wanted is to find her, uncover the truth and bring those responsible to justice,” said Kate and Gerry McCann in a statement in June. "We will never give up hope of finding Madeleine alive but whatever the outcome may be, we need to know as we need to find peace." Christian B. had allegedly confessed his part in her disappearance to a man in a bar. He made the revelation when Madeleine McCann's picture came on TV during the news. He also boasted of raping a woman a showed the man a video of the act. The man was reported and an investigation convicted him of the rape of a tourist on the Algarve in around 2005. The incident at the bar helped bring him into focus over the disappearance of the girl.

The suspect is a German citizen and has been described as white with short blond hair and about 6 feet tall. "The police have said that this appears to be a significant development in the case," said Boris Johnson's spokesperson in reaction. "Our thoughts remain with Madeleine's family, who have had to endure so much over the past 13 years."