The actor said he was never a birthday person but enjoyed a spiritual vacation where he connected with nature and his inner self. 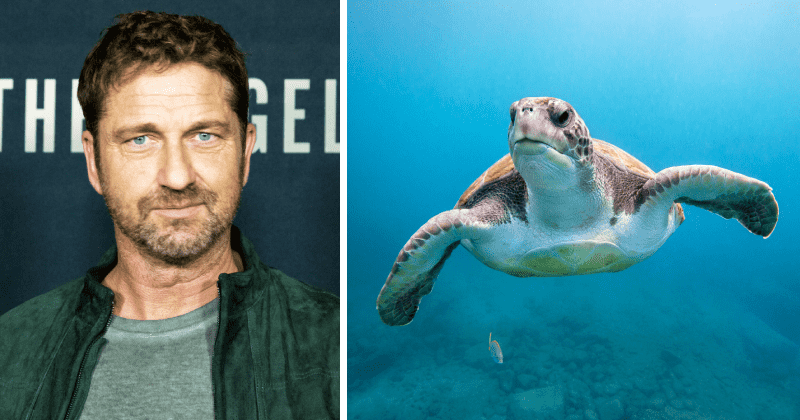 Gerard Butler's never been big on birthdays, but when the actor turned 50, he wanted to make a difference. The actor marked the landmark by releasing sea turtles into the ocean. The actor is 51 now but recalled his 50th birthday and how he spent it in Costa Rica, getting in touch with nature and his spiritual side. The Scottish native reflected on the occasion in an interview with Total Film Magazine. "I'm not a birthday party guy. I've often, on my birthday, at 7 pm, said 'okay, let's have dinner'. And everybody is told with 15 minutes to spare. But this time, I actually did a big event in Costa Rica and brought loads of friends down," said the 300 actor, according to Mirror. The celebration was in November 2019, months before the deadly pandemic broke out, and when it was OK to hold birthday parties and hang out with friends outdoors.

"It was very, very powerful. We brought down a lot of spiritual people, a lot of performers. We did a lot of environmental stuff, like releasing sea turtles out into the ocean. It was such a mix of so many things, I'm so glad I did it,'" said the actor. While he was Costa Rica, the actor also participated in the Envision Festival, which describes itself as “inspired by and inspiring the positive collective consciousness of all who are involved for the betterment of ourselves and of the planet.” It aims to bring people together “through music, art, and sacred movement in one of the most gorgeous natural settings on the planet” to “recharge and revitalize our souls to help us both handle the challenges and realize the opportunities of our rapidly changing world.” Butler described the event as a “mini Burning Man but it feels a little less crazy and a little more spiritual,” reported ET Canada.

The actor split up with his girlfriend of 7 years, Morgan Brown, an interior designer. The pair were first linked in 2014 before having an on and off relationship through the years. The pair allegedly split for good last summer, according to US Weekly, with a source claiming the pair handled the breakup with maturity. "[Gerard] couldn’t fully settle down with Morgan and commit... they’re better off as friends," said the source.

Gerard Butler said relationships were never easy, especially within the entertainment industry. "It’s harder to be in a relationship in this industry. It’s partly my own fault, and partly the nature of the beast. It’s hard when you are leaving all the time. I’m now in Australia for two months. Who wants to put up with that? But who says life has to be just one relationship? Maybe it’s meant to have many short relationships," said the actor, before adding that he hadn't found The One. "I have not met the one princess yet. That doesn’t mean I have not met a lot of princesses along the way, but not the one and only yet..

The handsome actor once had a shot at playing James Bond but it was almost 20 years ago, said Butler. He considers himself too old for the role now. While on "Capital FM Breakfast show" in 2019, Gerard Butler revealed he had a meeting about playing the iconic 007 character but believes that the ship has sailed. When asked if he could consider it, Butler replied, "No, I had a meeting for it like 20 years ago. Now, I think I’m at a nice ripe old age where they won’t be coming back my way which is fine."