Genius 13-Year-Old, Who Began Reading At 1, Is Majoring In Aerospace Engineering At Georgie Tech

At 3, Caleb Anderson qualified for Mensa, a high IQ society that requires its members to score "within the upper 2% of the general population on an approved intelligence test." 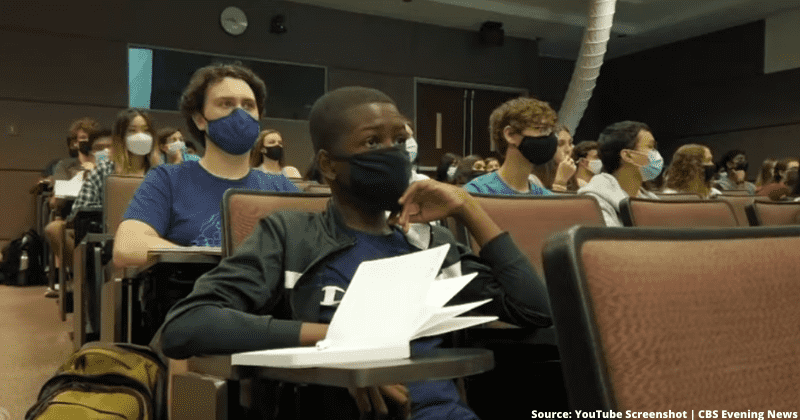 At 1, I was barely able to walk, but Caleb Anderson had already started reading. Now at 13, the young teen is a sophomore at Georgia Tech. According to CBS News, he is the youngest whiz kid to study at one of America's most elite engineer schools to date. Anderson was just 9 months old when he learned sign language and by 2 he was solving fractions. At 3, he qualified for Mensa, a high IQ society that requires its members to score "within the upper 2% of the general population on an approved intelligence test." While he should be a seven-grader, the youngster is now an aerospace engineering major, who is adjusting to big changes so soon in life.

There have been moments when he's felt the gaze of puzzled people on campus. "I also have had those moments where, you know, 'Man, I'm at college.' And you know, this is incredible," Anderson told CBS News. Before entering Georgia Tech, the young student studied at Chattahoochee Technical College in Marietta, Georgia, for a year. He would have already been on his way to graduate in two years if it wasn't for his parents, Claire and Kobi, who wanted to make sure that their son studied at a university that was the right fit for him. Now that Anderson has enrolled in Georgia Tech, he finally feels challenged. "I'm being challenged," he said of his unique experience.

"I think I'm average here. The one thing that unites everybody in this school is that the work is terrifying." Per reports, the genius boy was heavily recruited by Georgia Tech, which showcased his first day at school in a two-minute clip. Anderson visited the labs at the university and even met its president. "I thought I was going to be here when I was 18, 19, but I'm here a lot earlier than I thought I would be," the boy was heard saying the video. Although Anderson has already achieved so much when compared to kids his age, the youngster has a lot of dreams that he wants to achieve in the future. His long-term goals include earning a master's degree at his current school, an internship with Elon Musk, a job at SpaceX or NASA, and finally having his own company someday.

Caleb Anderson a 13-year-old is youngest student at Georgia Tech - CBS News He was doing fractions at age 2! https://t.co/aDEm9kx0Ee

For now, he's learning as much as he can alongside his fellow students. "At school, I was always different, but at college, the kids are really mature and know better, and they don't just see me like a super smart kid, they look at me as a little brother. I really appreciate that. I'm constantly learning things and the time goes really fast," he told Newsweek. We previously reported that Anderson shared his big plans of completing his Ph.D. at MIT and ultimately becoming an aerospace engineer. "I'm fascinated that there's another world beyond ours. There's another place. There's a better place," he told NPR. But he did mention that "History and science have always been my two favorite subjects." He added, "There's so much about the past that people don't know about, and science is about our natural world and how everything works. I think it's pretty interesting to learn about how I live and how people who were alive before me have lived."

Anderson's science heroes are inventor Nikola Tesla and astrophysicist and science communicator Neil deGrasse Tyson. "I'm inspired by the physicist and engineer, Nikola Tesla. Thomas Edison's company hired him in the late 1800s, however, Tesla ultimately resigned over issues about being paid. But Tesla didn't give up and decided to continue pioneering ideas that would change the world. Neil deGrasse Tyson inspires me, too. He's one of the most famous astrophysicists in the world and he's Black. It's pretty amazing to see someone so famous who is of my skin color that people look up to, especially in the US where racism is real," shared the genius Black kid. The humble boy also noted, "I'm not really smart. I just grasp information quickly. So, if I learn quicker, then I get ahead faster."