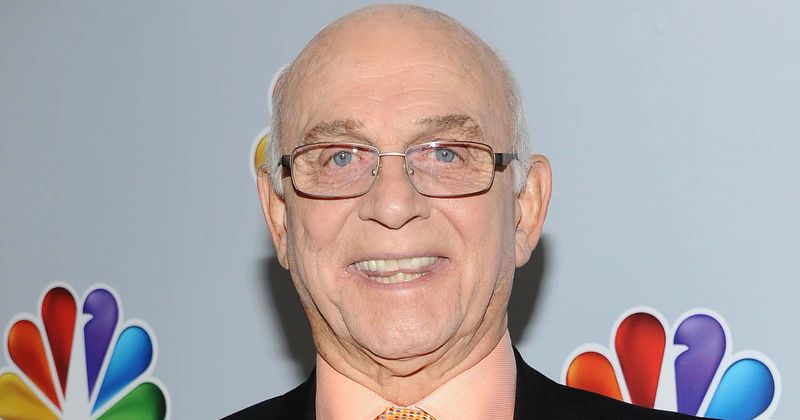 Gavin MacLeod, star of the hit '70s sitcoms Mary Tyler Moore Show and Love Boat has died. He was 90. MacLeod passed away on May 29 morning, reports Variety. The cause of his death was not given although his health had declined in recent months. Tributes poured in from fellow celebrities and fans. Ed Asner, MacLeod's costar on Mary Tyler Moore Show put up a heartfelt tribute on his Twitter account: My heart is broken. Gavin was my brother, my partner in crime (and food) and my comic conspirator. I will see you in a bit Gavin. Tell the gang I will see them in a bit. He also mentioned their fellow co-star on the show Betty White and added: Betty! It’s just you and me now.  Singer Nancy Sinatra also took to Twitter writing: Gavin MacLeod will always be a member of our family and the best neighbor anyone could ever have. Our hearts are aching, we will miss him terribly and love him forever. Godspeed, dear friend

R.I.P. Gavin MacLeod, he was 90 years old. Captain Merrill Stubing on The Love Boat 1976-1990. I absolutely loved, The Love Boat and watched it with my late - Mum and Nan, happy times. pic.twitter.com/KfejBAalPG

Actress Joely Fisher, star of ABC show Ellen also took to the micro-blogging platform to pay her respects. She wrote: Ahoy!!!! Rest in sweet peace Captain. You will be missed. I have amazing memories of you.#GavinMacleod #RIPCaptainStubing. Born in Mount Kisco, New York, MacLeod grew up in Pleasantville and studied acting at Ithaca College. He served in the U.S. Air Force before moving to New York City where he worked as an usher and elevator operator while harboring dreams of becoming an actor.

Wonderful Gavin MacLeod could do anything. What fun we had with John McCook on my ‘What’s Hot What’s Not’ special. Such a kind and talented man...sending love to his family and friends. What a joyous legacy of laughter he leaves us.
Love ya,
Mitzi#GavinMacLeod pic.twitter.com/U0QAuJ94Uy

After a number of small-time parts in well-known films and serials, he landed the role of "Happy" Haines on the show McHale’s Navy that brought him to the notice of audiences. He spent the next decade appearing in and out of various big-budget films but not in very prominent roles. Then came his part in Mary Tyler Moore for which he best remembered. As the character, Murray Slaughter, he was certainly one of the stars of the show and appeared in every episode of the class CBS comedy between 1970 and 1977. The other iconic cast members were Valerie Harper, Cloris Leachman, Betty White, and Georgia Engel. The same year the show wrapped, he was offered the part of Captain Stubing on ABC’s The Love Boat which ran for another decade.

We lost a beautiful friend yesterday, Gavin MacLeod. He was one of the remaining wonderful people I had the pleasure of knowing and working with. He had a happy heart. He lit up the room.

The romantic comedy pushed the actor's stardom further up. After the show ended, he returned for a film based on it called The Love Boat: A Valentine Voyage in 1990 and for a "Reunion" episode of rebooted series in 1998. He continued to appear sparsely in various television shows and films after his stints as a hit sitcom star. He played Cardinal Frances Abgott, in the HBO drama Oz during the 2000s. He appeared on other shows such as The King of Queens, and That ’70s Show, to name a few. He was married twice, first to Joan Rootvik with whom he shared two sons and two daughters before divorcing her and marrying actress Patti Kendig in 1974. They divorced in 1982 but renewed their vows in 1985. They didn't have any children.