It is not known which specific game Mateev was playing, but local media reports that he would spend hours in front of his computer. 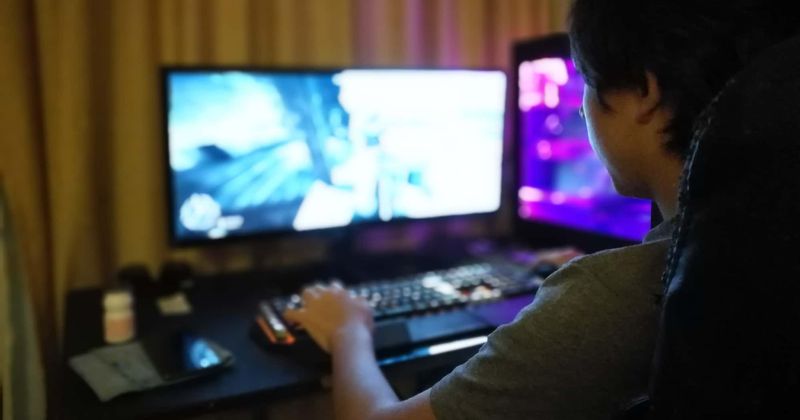 Trigger Warning: The story has details of suicide, rape, and child abuse that readers may find disturbing

A video game-obsessed teen in Russia reportedly beheaded himself with a chainsaw after he lost the game. The 15-year-old boy named Pavel Mateev was from the Siberian region of Tomsk. He apparently went to his yard on the morning of September 8 and “switched on a chainsaw and sawed off his own head ” according to a report in The Sun. According to local media, Mateev was addicted to a particular game that was bought by his single mother. A report of NTV, a state-owned media, quoted by the publication said the teen "committed suicide after he lost a computer game.” As of now, it is not known which specific game Mateev was playing, but local media reports that he would spend hours in front of his computer.

Boy, 15, beheaded himself with chainsaw after losing computer game: According to reports Pavel Mateev, 15, went into his yard Monday morning before he “switched on a chainsaw and sawed off his own head.” 🧐 https://t.co/UuSessGpST

They reported further that his “nerves gave in after a game”. While the local officials of the Russian Investigative Committee confirmed the teen's death and that a criminal case had been opened into the death, no further details have been given. There have been several cases of teenagers who apparently belonged to so-called online "death groups" that encourage children and teens to take their own lives while playing online games. It is, however, not known if Mateev's death is related to such groups. Quoting a local newspaper, The Sun report stated that as many as 130 child suicides took place in the last six months. Most of the victims were members in one or other such online groups. Authorities say there are as many as 1,339 online suicide groups with 12,000 users.

Wow! Unbelievable! There had to have been a sign, but so sad. People should investigate ways that they could help People like this. Hope the family's coping with the loss. Boy, 15, beheaded himself with chainsaw after losing computer game: reportshttps://t.co/dnAF7EhcRd

The "blue whale" and "momo challenge" are some examples of how vulnerable young minds can be influenced online. The former requires young people who sign up for the same to complete a certain set of tasks, the last one of which would be to take one's life. The deaths of two teens near Krasnoufimsk in the Urals, Russia is believed to be due to this challenge, according to another The Sun report. Yulia Medvedeva, 13, and I. Gabdulkhakova, 15, hugged each other close to the rail line and were hit by a passing train. While Yulia died on the spot, Medvedeva later died at a hospital. The two had deleted their accounts before their death. Another teen in the country had ended her life by jumping off a roof and had written "End" on her social media with a picture of a blue whale.

According to reports #PavelMateev, 15, went into his yard yesterday morning before he “switched on a chainsaw and sawed off his own head.#Russian media cited local sources saying that he… https://t.co/GlA1EdJR3i

We had reported a case of a father in Kentucky who hit his 1-month-year old son on the head after losing in a video game. Anthony Trice, 26, punched his infant son in the head in a fit of rage. The baby began to cry and Trice tried to calm him down and took him to the kitchen to feed but he dropped his son. The child was taken to the hospital afterward but doctors were not able to save him. Trice was charged with the murder of the child. In another incident, a twelve-year-old boy reportedly raped his six-year-old sister multiple times as he was "re-enacting" a sex scene from the video game.

It was reported the boy raped his younger sister at their home in Wiltshire on several occasions, including on Christmas. This incident began when the boy watched a sex scene in the video game with his sister.