Some Nursing Homes Are Taking Away Their Residents' Stimulus Checks, Government Warns

If a nursing home or assisted living facility has already taken your stimulus check, get in touch with your state attorney general. 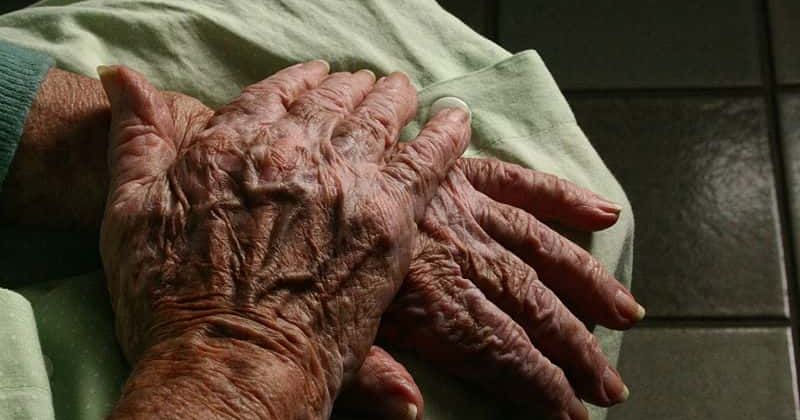 A few nursing homes and assisted living facilities have forced residents who are on Medicaid to sign over their federal coronavirus stimulus checks. Why? They are saying that the money must be used to pay for their stays, alerted the Federal Trade Commission on Friday. It seems that these facilities are going after their poorest and most vulnerable residents. Because they legally do not have the right to seize these payments.

In America, anything is possible.

According to the FTC website, it reads: The Federal Trade Commission has issued an alert to consumers to be on the lookout for nursing homes and assisted living facilities that are requiring residents who are on Medicaid to sign their stimulus checks over to the facilities. In a blog post, the FTC says that states around the country have received reports of nursing homes and assisted living facilities claiming that stimulus checks count as “resources” under the rules of federal benefit programs that must be used to pay for services. The FTC notes that this is not true, and encourages consumers to check with loved ones who receive Medicaid and live in these facilities, and to file a complaint with their state attorney general if they or a loved one have experienced this issue. In another blog post directed to businesses, the FTC makes clear that nursing homes and assisted living facilities may not seize stimulus payments from residents simply because they are on Medicaid. The Federal Trade Commission works to promote competition and protect and educate consumers. You can learn more about consumer topics and file a consumer complaint online or by calling 1-877-FTC-HELP (382-4357)."

“Some nursing homes and assisted living facilities have forced residents who are on Medicaid to sign over their federal coronavirus stimulus checks, saying the money must be used to pay for their stays, the Federal Trade Commission said Friday.” 🤯 https://t.co/CgGvjxcXz2

According to Forbes, the facilities have claimed that the stimulus checks count as “resources” under the rules of federal benefit programs that must be used to pay for services. However, Lois Greisman, the Elder Justice Coordinator for the FTC, reminded taxpayers that tax credits don’t count as “resources” for federal benefits programs like Medicaid. Stimulus checks are just advanced tax credits. Greisman also advised that people whose stimulus checks have been taken by a nursing home or assisted living facility should get in touch with their state attorney general and ask them to help get it back. Then, tell the FTC, she recommended.

Elderly abuse was always an issue in these types of facilities & even in their own homes. Sad & infuriating.

Nancy Pelosi and fellow Democrats recently backed the Heroes Act, a $3 trillion coronavirus package that would give Americans more stimulus checks. According to The Sun,  the Heroes Act would provide nearly $1 trillion for states, cities and tribal governments to avert layoffs and an additional $200 billion in “hazard pay” for essential workers. There will also be direct payments of $1,200 to individuals, increased to up to $6,000 per household, and launch a $175 billion housing assistance fund to help pay rents and mortgages.

Thank you for fighting for the people, Rep Schiff! Now let’s watch the republicans fight to take everything away and give it to the wealthy. #HeroesAct

FOX News reports that Pelosi defended the passing of the Heroes Act late last week. “Time is very important. We have lost time. But, again, setting aside how we got here, we cannot take a pause,” Pelosi said Sunday on CBS’ Face the Nation. She added, “They may think it's OK to pause, but people are hungry across America; hunger doesn't take a pause. People are jobless across America, that doesn’t take a pause. People don't know how they’re going to pay their rent across the country. We have to address this with humanity.” Republican party leaders seem to be against the idea.  “Her bill would rewrite our immigration laws. Her bill would federalize elections,” Sen. John Kennedy, R-La., said on Sunday Morning Futures. “It would allow federal prisoners to go free. It mentions dope more than it talks about jobs. I think it references cannabis like 68 times. It would expand ObamaCare.” Kennedy continued, “And let me end as I began. It would cost $3 trillion. That's 3,000 billion dollars. We just spent $3 trillion. We need to see how that works.” Pelosi admitted that there was a need for some modifications to the legislation. “No bill will go into effect without negotiations,” Pelosi said. “We have no red lines.”

We just passed The Heroes Act. Here’s the takeaway:@HouseDemocrats are going to do anything we possibly can to help families and small businesses survive this crisis. Senate Republicans think no additional help is necessary.