She argued in court that her father was making decisions affecting her career and life without informing her. 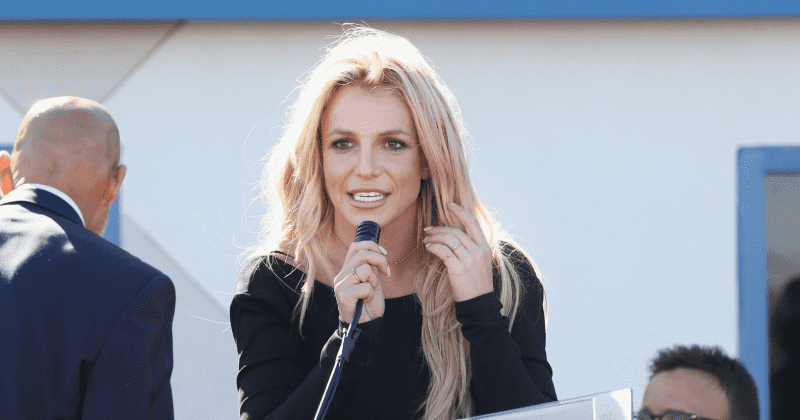 The hearing of the case was held on Tuesday when Los Angeles superior court judge Brenda Penny declined to suspend James Spears from his conservatorship. However, the judge said she would consider future petitions for her father's suspension or removal. The singer's attorney, Samuel D Ingham III, has confirmed he plans to file more petitions to help Britney get control over her own career and estate. "My client has informed me that she is afraid of her father. She will not perform again if her father is in charge of her career," attorney Samuel D Ingham III told the judge. The court did agree to her request to approve the Bessemer Trust, a corporate fiduciary to serve as co-conservator over her estate temporarily. Britney argued in court that her father didn't want to work with the Bessemer Trust as co-conservator, and intends “to retain full functional control of her assets, books and records in the face of Britney’s objections,” reported The Guardian.

Britney Spears, 38, has been on an indefinite work hiatus since 2019. The court's decision comes amid the ongoing #FreeBritney campaign that claims Britney is being controlled by her father against her will. James Spears’ attorney, Vivian Lee Thoreen, argued that her father helped increase her net worth from in debt to over $60m. The singer has acknowledged that conservatorship was the right decision at the time and also agreed that it probably helped save her career. Thoreen claimed that suspending her client's sole conservatorship would only harm the singer and her estate. “I don’t believe there is a shred of evidence to support my client’s suspension,” she argued. Britney has not spoken to her father for a long time. Her father's attorney, Thoreen, claimed that the pair hadn't communicated only because her attorney was preventing it.

Conservatorship is normally done in cases where an individual is deemed to not have the ability to make decisions for themselves. Britney Spears had mental health issues in 2008 which brought her estate under conservatorship. While these measures are usually temporary, Spears' estate has remained under conservatorship for longer than expected. Britney's attorney referred to the singer as a “high-functioning conservatee” and said she at least deserves notice of the actions taken by her father. James Spears has declined to provide information on the actions taken by him.

After Britney's business manager had resigned, James Spears appointed a new one without notifying the singer. He argued in court that he only keeping his daughter's business flowing and said there was no need for him to notify her of the change. The singer's father argued that he was only working in her interests and trying to protect her. His attorneys said in court filings that his “sole motivation has been his unconditional love for his daughter and a fierce desire to protect her from those trying to take advantage of her.”