Bobby Henline has said various social media accounts have been using his name to spread propaganda against Trump. 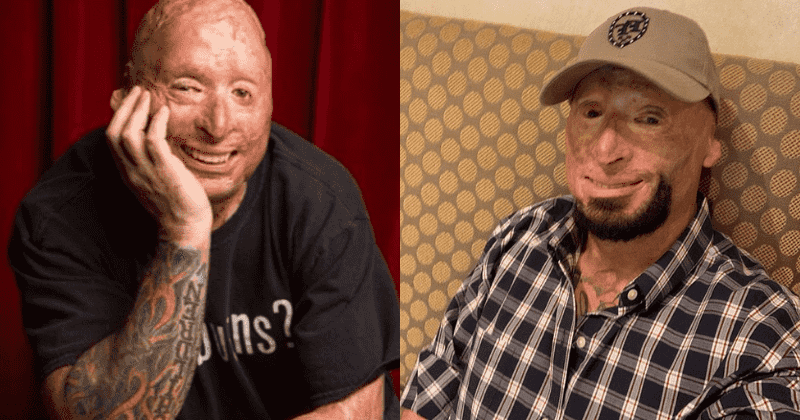 A wounded U.S. war veteran has condemned the Democratic party for plastering his image across social media channels and using him as a "prop" to spread a story that Trump called him a "loser". Bobby Henline, a four-tour Iraq War veteran, has lashed out at the liberal party citing the alleged comments Trump made towards wounded soldiers. Speaking to Fox News, he said: “I'm just so irritated that they put my image up there because now it looks like the president called me a loser. And they're using that to sell something that they believe in for their agenda. It's not fair to put us [veterans] as props in the middle of all that." Henline said the party was trying to gain political points when referring to an article published by The Atlantic in which Trump supposedly made negative comments about fallen U.S. soldiers and veterans. It stated that Trump called them "suckers" and "losers" back in 2018.

"It's Not True! People Stop Using Me... Stop Using My Image!" - US Veteran Tells Liberal Media and Far Left Groups to Quit Using His Face in their Trump Hit Pieces! (VIDEO) https://t.co/2LUi5TIVEZ via @gatewaypundit @BobbyHenline

Henline currently spends much of his time through comedy and positivity while addressing several issues relating to veterans. He is the lone survivor from an IED blast in Iraq which claimed a total of five soldiers. When it was brought to his attention that his image was being used in anti-Trump memes across various left-wing social media groups, he put up a post on Instagram to criticize their actions and asked them to stop the "propaganda". Henline had reportedly not heard of The Atlantic story and was outraged for being used as a "prop" to get Joe Biden elected. "Go on what you have with facts," he said. "If you don't have the power to win on your own merits, that you have to tear down your opponent, there is a problem there."

"These idiots used my photo without my permission. They took advantage of a wounded veteran. That's what they did. They're out there posting this stuff all over Facebook, using my image. Like I agree with them. I'm done."
- @BobbyHenline
#TakeItDown pic.twitter.com/GeAF82u7f0

The Atlantic's expose on Trump's disparaging comments was backed up by statements from four anonymous sources who were reportedly at the meeting when the president used those words. However, plenty of others who were at the meeting have come out in support of Trump saying he never used those words. Henline too believes that the story is filled with falsehoods. “I really believe the president didn't say this," the veteran said. "There’s been anonymous sources and other sources in the room that aren’t necessarily friends with the president or believe in his ways, but they're still not gonna slam him and make up this rumor and keep it spreading. And so with that said, I don't think he really said this." Although there are plenty of people who don't believe the story, Henline says it has definitely done a lot of damage and that several veterans have already turned against the president. “Them taking that well-recognized photo and using it for their agenda and changing veterans' minds, thinking the president talks to them like that is ridiculous. And I believe it worked. And that's why I want to get it taken down because it shouldn't be working. People need to hear the truth. That's my image. And it should not be up there speaking for me."

We deleted the meme in question and its social media post yesterday in response to this video. We apologize to Mr. Henline and respect his wishes.

Occupy Democrats, one of the organizations which used Henline's photo, even took the post down and apologized to him for doing so. Meanwhile, Trump has already received support from several veterans who refuse to believe that he said anything negative against fallen soldiers. Recently, a former Air Force veteran and husband of a soldier who died fighting ISIS in 2019 said Trump has been nothing but respectful towards veterans. In his column on NBC News's THINK, Joe Kent, husband of Shannon Kent, said: "Trump’s actions have shown our troops more respect than any president in my lifetime. "Narrating the incident of his first meeting with Trump, he said: "He extended his right hand to shake mine, placed his left hand on my shoulder, looked me in my eyes and said, “I’m so sorry for your loss. Shannon was an amazing woman and warrior." Kent explained that he wasn't exactly sure what Trump implied as he was still in shock. "In his eyes, I could see — unmistakably — the same pain I’d seen in the eyes of other senior leaders who ultimately bear the responsibility for sending men and women to their deaths in combat."