Wilson Roosevelt Jerman joined the White House staff in 1957 as a cleaner and worked till 2012, serving presidents Eisenhower to Obama 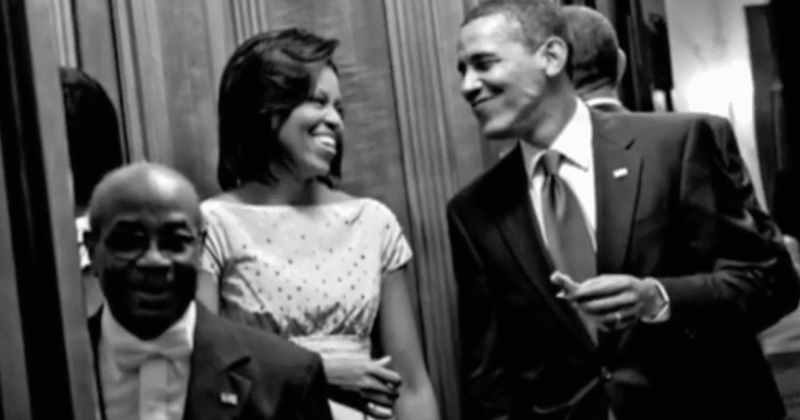 Wilson Roosevelt Jerman was a former butler who had served in the White House for more than six decades. He passed away at the age of 91. The cause of his demise is said to be COVID-19. During the course of his tenure, he served 11 presidents in various roles, reported Fox News. He was one of the longest-serving employees in the White House. He joined in 1957 and continued to work till 2012, serving presidents Eisenhower to Obama. He served as a cleaner, a doorman, and butler during his time there.

Tonight on @fox5dc at 10p -
He served at the pleasure of 11 U.S. Presidents... during his 55 years at the White House.
Last weekend, he passed from COVID-19.
My exclusive interview with the granddaughter of White House butler, Wilson Jerman is next! pic.twitter.com/SBiXbQLiud

“During the Eisenhower administration, he started off as a cleaner,” his eldest granddaughter, Jamila Garrett said. She also said that during the Kennedy administration he was promoted to the role of butler by the then-first lady Jacqueline Kennedy herself. "She was instrumental in ensuring that that happened," she added. Jerman also got to work closely with the Bushes when former President George H. W. Bush came into office, reported The Hill. "When Bush Sr. became president, moved his family into the White House," Garrett said, "George Bush Jr. has a little trouble adapting to a new environment, some trouble sleeping. Well, my grandfather would actually sit with him in his bedroom until he fell asleep.

This man served 11 presidents in the White House.
Now he's an angel because of Covid19. #RIP ❤️ pic.twitter.com/GsBbf2jMgM

Bush Jr. also became the President later and the former president along with the former first lady Laura Bush in a statement to NBC News fondly remembered Jerman. "He was a lovely man,” the Bushes said. “He was the first person we saw in the morning when we left the Residence and the last person we saw each night when we returned." Garrett described her grandfather as a family man who appreciated service, in particular, service to others. "I want the world to remember my grandfather as someone who was really authentic," she said of her grandfather, who was a father of five. "Always being yourself. That’s what he taught our family, that’s what thrives throughout our family. And that’s what we’ll continue to carry on, his legacy."

He continued to serve in the White House through all the changes that were being made. These included the security upgrades and the administrative structure at 1600 Pennsylvania Ave evolved from an official residence, according to the White House Historical Association into a major catering facility. Jerman went about his duties through it all. The reason for his long-lived career in the White House, being able to serve both Democratic as well as Republican presidents, was probably owing to his discretion in not revealing too much about his job outside his workplace, he had told Vanity Fair, "There would be too many questions asked. You see, you never see. You hear, you never hear. And you don’t know nothing."

During the last leg of his job, he started working part-time. The last president he served was Barack Obama who made history as the first African-American president of the United States. Michelle Obama, the former first lady included a picture of Jerman in her best-selling memoir, Becoming. This added to the overall legacy that Jerman has left behind for his family. This has helped his family cope with his death. "I want to say thank you so much, so much to Michelle Obama for including him in her book," Garrett said. "You know, just considering that we aren’t able to grieve normally, physically together, that is one way that we are able to still feel connected to his success and connected to so much that he promoted around authenticity and building relationships."