Melissa Carter was captured on video paddling a 6-year-old student in front of her mother in April. 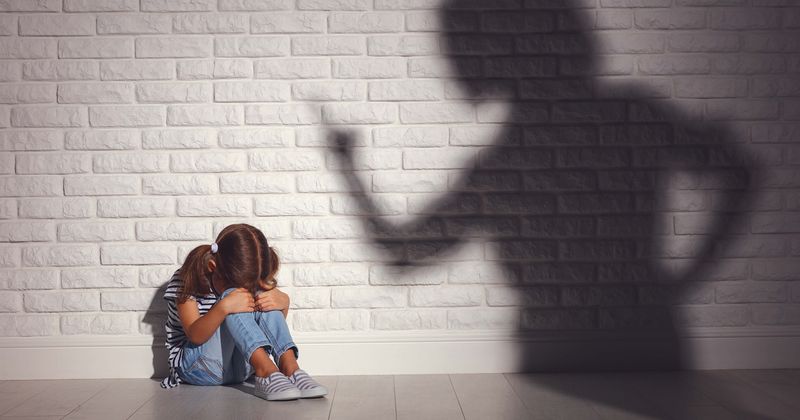 Melissa Carter, head of Central Elementary School in Clewiston, was caught on camera bending a 6-year-old girl over and hitting her multiple times with a wooden paddle. This incident took place in front of the child's mother who secretly captured the horrifying moment on video. The reason behind the principal's corporal punishment was to teach the child a lesson over a computer that the 6-year-old allegedly damaged.

This is heartbreaking, if that was my daughter or one of my grandkids, I'd be in jail right now. That's all I'm going to say cuz that lady would not be standing anymore!

“The hatred with which she hit my daughter, I mean it was a hatred that, really, I’ve never hit my daughter like she hit her,” the mother, who has not been publicly identified, told WINK News in Spanish. Due to a language barrier, the mother wasn't able to fully comprehend the situation. School clerk Cecilia Self, 62, was there to interpret. "My daughter was already in the office," recalled the mother. "The principal started to scream. There are no cameras," she said. "What are we doing in this place? My daughter and I, alone." The mother hid her phone in her bag and began recording the 37-year-old hitting the child. "Nobody would have believed me," the mother continued. "I sacrificed my daughter, so all parents can realize what’s happening in this school. I’m going to get justice for my daughter because if I could not do it in front of her, I’m going to do it with justice," she added. She was put on administrative leave with pay for two days in April. Department of Children and Families and The Clewiston Police Department began investigating the case.

Apparently some are still using the paddle-method as punishment in schools. One mom stood by and filmed her child getting paddled by the principal -- punishment for damaging one of the school's computers.https://t.co/HJjMJw7egj

WINK News recently reported that the principal was under investigation for hitting two other students as well. Documents from Hendry County District Schools revealed an outline of an interview Florida Department of Children and Families conducted with the 6-year-old student victim of the paddling who watched the video of the abuse recorded by her mother.  She told investigators it was the first time she had ever been paddled and that the principal was mean to everyone. After the incident, she told investigators she had “purple bruises,” and, “It hurts when she sits down.” The little girl was crying and emotional, officials noted.

Who the hell do these people think they are!! She should be arrested and charged and fired!! How Dare Her hit that child!!! The poor mother OMG this is so wrong on all levels!!! I wish I was an attorney to sue the shit out of these people!! The nerve!!

As for the principal, she reportedly told DCF she felt, “humiliated because the mother has put the video on social media,” and swore that she would never “intentionally hurt a child.” She said the mother had “requested it,” and “never tried to stop her. ” DCF responded by saying what she did was, “excessive and inappropriate.” DCF recommended no, “contact with young and vulnerable children in an official capacity." Hendry County District Schools show that Carter said she would not paddle another student again within the school district in a handwritten oath, also writing, “I have read and understand the policy.”

I was beat up many many time by my mom with leather belts till mark were left on my legs. Today as older male I will never hit my child and perhaps I learn why I hate people who abuse children’s

According to the Florida Department of Education, Carter’s attorney and the school district received a letter from DOE Wednesday that says Carter must move forward with an Election of Rights in her case, which could include her choosing to surrender her Florida educator certificate for permanent revocation. The statement read: A letter Finding of Probable Cause was sent from the Florida Department of Education to Melissa Carter’s attorney and to the school district on Wednesday morning. Ms. Carter will receive an Election of Rights, allowing her to select which option she would like to elect, including surrender of her certificate for permanent revocation, negotiate a settlement agreement with the Florida Department of Education, a formal hearing before an administrative law judge at the Division of Administrative Hearings, or an informal hearing before the Education Practices Commission. She has up to 21 days to return the Election of Rights. Upon completion of whichever path she elected, the case will go to the Education Practices Commission to be placed on a hearing agenda. At that time, the case will be heard and a resolution would be issued through a Final Order. Parents entrust their children’s lives with every school employee responsible for providing students a world-class education. That trust should never be broken.

Who the fuck hits anyone, much less a child? I don't even hit my dogs and nobody civil does either. Violence is never the answer.