trending celebrity people lifestyle news animals
Melania's Ex-Friend Blasts Her In Explosive Book: "She Stabbed Me In The Back"

Melania's Ex-Friend Blasts Her In Explosive Book: "She Stabbed Me In The Back"

Stephanie Wolkoff appeared on Sunday night's episode of 60 Minutes Australia and gave a detailed overview of how Melania took advantage of her trust. 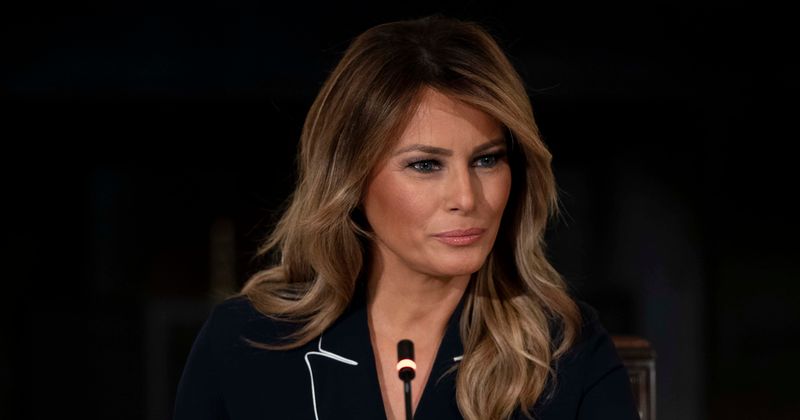 Melania Trump may be the First Lady of the United States of America, but her past remains a mystery to many people. In light of that, a former 'best friend' of hers has unleashed on the First Lady, citing that she is cold and calculating. Stephanie Winston Wolkoff was a trusted senior adviser to Melania and a former friend of 15 years. She had helped organize the President's hundred million dollar inauguration and has now written a tell-all book called Melania and Me, News.com.au reports.

Reading this book now. Not finished, but They stole money from Inauguration fund & tried to blame Wolkoff. Melania said nothing. They are no longer friends. pic.twitter.com/S5s0t8hfm5

Wolkoff appeared on Sunday night's episode of 60 Minutes Australia and gave a detailed overview of how Melania "100 percent" took advantage of her trust. She went on to say that the First Lady “stabbed me in the back, and sliced me on the neck, and threw me under the bus. This is not a typical, typical marriage or a typical relationship,” Winston Wolkoff said of their marriage. “They are there for one another, they have a reason for being together, which is beyond anyone’s comprehension, except for being able to present themselves in a way that she brings, or she brought some humanity to the presidency.”

Below is Stephanie Winston Wolkoff's
last page of her tell all book.

First Lady Melania had grown up in Slovenia under communist government rule. She had come to America as a young model and is infamous for posing for Sports: Illustrated. Later on, when she was 26, she met her future husband, then a brash businessman - Donald Trump who is 24 years her senior. They got married and she became his third wife and mother of their son Baron. “I was actually supposed to meet somebody else, there was this great supermodel sitting next to Melania and I was supposed to meet this supermodel and they said look there’s so-and-so. I said, ‘Forget about her, who is the one on the left?’ and it was Melania,” Trump once said during a joint interview. When asked whether Melania liked her future husband straight away, she replied: “It was great chemistry and energy.”

Stephanie Winston Wolkoff has brilliantly written and read, w/pained voice, the haunting recollection of what ‘Zero sum’ nightmares are made of; excellent, excellent read✨ pic.twitter.com/v7A6dK8g2A

The Trumps have been subject to quite a bit of controversy over the last decade as Melania is often noted to "stare the other way" at the accusations laid on her husband. Stories of the President cheating with Playboy model Karen McDougal and porn star Stormy Daniels has made its way through the yellow press, along with several other reports of his insensitive and vulgar statements like "grab them by the p**sy" comments. Wolkoff, who previously worked at Vogue magazine, went on to join the Trump team at the White House. She said she saw Melania was “diving into a pool of sharks. You know, I have been saying it’s a transactional marriage and it is because I started to realize that everything they did had, was, was, um strategic,” Winston Wolkoff told 60 Minutes journalist Liam Bartlett.

Wolkoff had first met Melania when she was working at Vogue magazine in New York and they hit it off immediately according to her.  “Melania and I, our friendship was based on her ability to stay calm. Her ability to have the most general common sense,” she said “It was a very … You know, our ideologies were not spoken about. Politics was not spoken about. It was just the two of us. “And so, I spoke way after I left seeing her. I felt confident. I felt assured. And then she really gave me that boost of, um, you know, energy.”

“You got a woman who’s married to this guy who has an affair with a Playboy model and then a porn star, and we’re talking only weeks after his son is born, and she’s still recovering. They were meant for each other. What woman, what normal woman could actually handle that? None. For her, it was just politics. It’s just liberal media. ‘It is what it is. I know who I married. Certain things don’t need to be explained with an explanation.’ I mean, those are her words. He wanted the spotlight. He’s a showman. And she was willing to do what he needed for her, which was to stand by his side. So all of these speculations about her heart and how she’s feeling and Melania and Melania, everyone should just stop, because there’s nothing there to feel."