Father Raped His Daughters For Years, Impregnated One Many Times & Administered Home Abortions

Jason D Goodwill from Mckean, Pennsylvania has been charged with 20 counts of rape and involuntary deviate sexual intercourse with a child. 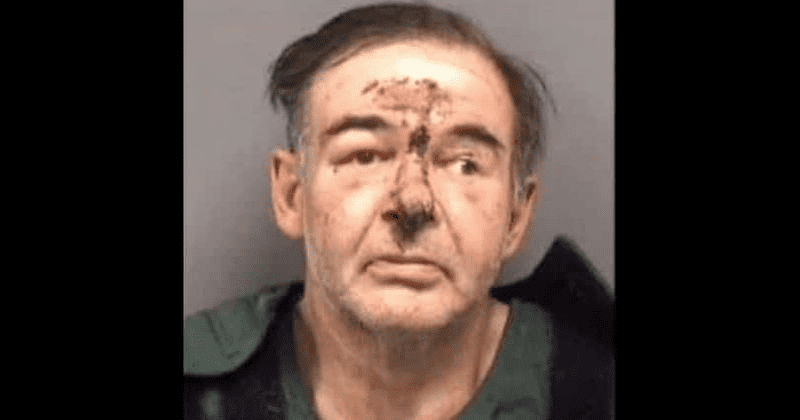 Trigger Warning: The story has details of child rape and abuse that many readers might find disturbing

A father in Pennsylvania is spending time behind bars and is charged with 20 counts of felony crimes against his daughters. The man, Jason D Goodwill of McKean Township raped and sexually abused his 12-year-old daughter and his 20 year-old-stepdaughter and got her pregnant a few times. The had been raped and abused 'almost daily' since she was seven in 2006 while her little sister's abuse started when she was 10 years old, a complaint on the matter read. The elder daughter got pregnant a few times and he would use a harmful chemical to inject into her so that the baby could be aborted. The abuse came to light last months ago when authorities at UPMC Hamot Children's Care Clinic called investigators about the abuse reports Erie News Now. Some of the charges against Goodwill include multiple felony counts of rape, involuntary deviate sexual intercourse, and endangering the welfare of a child.

The 12-year-old had been taken to the hospital by her sister and admitted to the hospital after she told her she was being sexually abused by their father. The hospital authorities put her under medical care while also informing the Pennsylvania State Police. The young girl told the police about the nightmare she faced at her house on a daily basis and a criminal complaint was filed against Goodwill. It as then that a full-scale investigation was launched into the horrible sexual abuses that had been going on for years at the McKean household.   The younger girl told police her father would force her to have sex with him while also touching her inappropriately during these acts. On several occasions she would say "no" but he would threaten her saying she would be taken to a hospital and things would be pulled out of her.

State police investigators say more charges could soon be filed against a McKean Township man accused of having committed multiple counts of rape against two girls in his care. 51-year old Jason Goodwill is facing numerous counts over a number of years. https://t.co/RBu52ckPYL

He also threatened her against telling her mother about the abuse. Her father also showed her child pornography on her phone when she was 11 years old according to a criminal complaint. It is not known as of now whether the mother was complicit in the crime. When the 20-year-old was questioned she told authorities about years of abuse that started since she was just a child. He would inappropriately touch her and force her to have sex with him almost daily. He said if she complained "she would lose her family and the house in which she lives" the criminal complaint added. She also told authorities she even had Goodwill's child in 2014 but that the child ultimately died and he took the baby from her and buried it in the property of their residence.

She suspected that this was not the only time she had been impregnated by him. As a form of home abortion he would inject her within a chemical that would unnaturally induce labor and abort the pregnancies, an investigator said The investigation by authorities is still going on. State police also conducted a search of the McKean property and found evidence related to the death of a child. His long list of charges include, two counts each of rape, corruption of minors and indecent assault without consent; three counts each of endangering the welfare of children and involuntary deviate sexual intercourse with a child, four counts of indecent assault of a person less than 13 years of age; sexual assault; rape forcible compulsion; involuntary deviate sexual intercourse forcible compulsion.

Goodwill will face more criminal charges as investigators are looking for more evidence related to abuses of the 20-year-old since it took place over a longer period. According to a report inGo Eerie, Goodwill is at the Erie County Prison without bond. He has been there since May 12.