The man did so in an attempt to punish his estranged wife for leaving him. 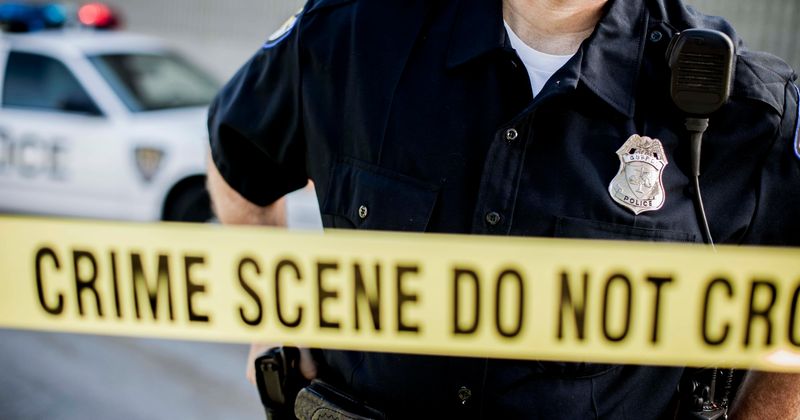 A parent's role is supposed to protect, care and nurture their children. Making sure they're safe is of prime importance to the role of a caregiver. However, that isn't always the case. A father living in Regensburg, Germany ended up killing his own children while pretending to play cops and robbers. According to The Sun, the man committed the heinous crime as an act of revenge. 37-year-old Heating Engineer Semir dressed as a police officer after allegedly telling his children he was playing cops and robbers. He then bound his children Jamal, 8, and Jamile, 6, with cable ties, before sealing plastic bags over their heads with tape in May last year. The incident took place in an apartment in Schwarzach, Baden-Württemberg, Germany.

Dad ‘suffocated his two kids after dressing up as police officer & telling them he was going to play cops and robbers’ https://t.co/0aLpiwaHAT

Following which he wrote a suicide note to the mother of the children; his estranged wife Bianca was 29 years old. In the note he wrote  "Take care, see you in hell" and "The children are in heaven!" He also mentioned that he had been "replaced" as the children’s father figure, as his former wife had started a new life with another man. He wrote "I can't stand it when a stranger rules over my children" and "you preferred to go to the disco." After allegedly killing his children, he planned on taking his own life as well.

The man tried to jump off a bridge into the River Danube. He was later washed ashore, found alive, and arrested soon after. He appeared in court recently as he faced two counts of murder. Based on the evidence, it looked like cold murder according to Chief Public Prosecutor Thomas Rauscher who said, "He did not want his children to live with Bianca’s new partner, to grow up with him and to be raised by him. The ice-cold murderer acted out of a selfish desire for power and possession over her."

The father tried to plead extenuating circumstances by saying in court that he "felt helpless" because of the lockdown. He had a troubled history with his former partner having separated from her on five separate occasions. The man has had a troubled past where has dropped out of school and out of several jobs. He is also known to have been a heroin user. He also has an extensive criminal record as young as 17 years old. Semir was once convicted of burning his partner's skin with a cigarette butt while intoxicated and on drugs. He was also arrested one time for threatening to kill his wife's father in 2012.  As for this current case, its verdict will be out next month where he faces a life sentence.

In a similar case, five children were killed in an apartment which was a result of suffocation and sedation allegedly by their mother. The identities and ages of the three girls were aged between 1,2 and 3, and the two boys aged 6 and 8. The woman sent the children's grandmother messages saying she was "in bad shape" and "could not go on," mentioning her recent separation from the 28-year-old father of her four youngest children, reports DW. The 27-year-old woman was later found having jumped in front of a train and soon received medical attention.

"My heart is heavy tonight. I'm a father of 4, I cannot imagine what it's like to lose your children. I wish we could somehow just turn back time," Ahmed, a local Solingen taxi driver, told me following news a mother had allegedly killed 5 of her children. pic.twitter.com/bUmu2KVaQO

Professor Stefan Röpke from the Charite told the outlet that such cases of so-called extended suicide were more common in men. But that doesn't mean it is not unheard of in women.  "There can be cases where people simply completely lose their grasp on reality, with a severe psychological condition or even a psychotic break. These people might say, I must kill them to save them. Or they might wish to take their own lives and then ask themselves who will then care for their kids," Röpke said. "In a case of extended suicide the crime isn't really even targeting the children as such, instead the individual often just wants to take their own lives and to leave a clean slate, so to speak."

#Germany: 800 mourn death of 5 kids allegedly killed by mom. A tragedy that befalls many nations. Don’t be so quick to point at #America . https://t.co/V6rXp3XPDe