Released in 1969, the classic became one of the bestselling children's books of all time. 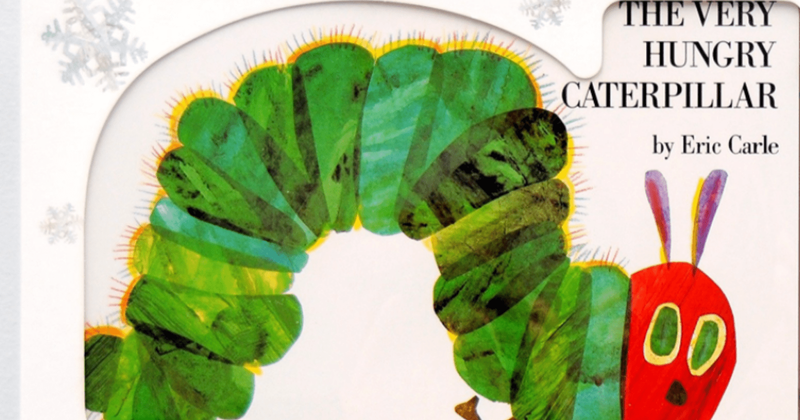 Eric Carle, the creator of the classic children’s book The Very Hungry Caterpillar and others including Brown Bear, Brown Bear, What Do You See? has died. He was 91-years-old. According to a family statement, as per NPR, Carle "passed away peacefully and surrounded by family members on May 23, 2021 at his summer studio in Northampton, Massachusetts." The author illustrated more than 70 children’s books during his career but is perhaps best known for the endearing, colorful classic, The Very Hungry Caterpillar.

Eric Carle, the artist and author of “The Very Hungry Caterpillar,” a tale that has charmed generations of children and parents alike, died on Sunday at 91. He wrote and illustrated more than 70 books for young children. https://t.co/XCjXo96mqi

Carle was born in Syracuse, N.Y., and credited his childhood to have inspired his work. Carle recalled that his early days were filled with art, light, and walking through nature, holding his father's hand. "I think it started with my father. He took me for long walks and explained things to me," he told NPR in 2007. His father pointed out foxholes, spiderwebs and bird nests, and Carle fell in love with the colors and mysteries of nature. But when his immigrant parents decided to return home to Germany, that was when World War II began. It was a dark place for the illustrator. Quite literally. "All of us regretted it," he remembered. "During the war, there were no colors. Everything was gray and brown and the cities were all camouflaged with grays and greens and brown greens and gray greens or brown greens, and ... there was no color." Experiencing the trauma of war gave the artist a different way of seeing the world.

😔Always read his books to my Kindergarteners. RIP Mr. Carle. The beauty you created will live on “in the light of the moon”. 🐛🐛

This is perhaps why many of his work evokes a burst of colors and emotion. Carle wanted The Very Hungry Caterpillar to serve as a literary cocoon in a sense. Children were safe and comfy at home and were just about to get ready for kindergarten. The little kids are meant to identify with beautiful, soaring butterflies, a sense of hope and freedom once out in the new world. The book is also a great way for toddlers to come to terms with many new words. Martin, the Beverly Cleary Endowed Professor for Children and Youth Services at the University of Washington, told NPR the book builds literacy. For example, when Saturday comes around and the hungry caterpillar binges on "one piece of chocolate cake, one ice-cream cone, one pickle, one slice of Swiss cheese, one slice of salami, one lollipop, one piece of cherry pie, one sausage, one cupcake, and one slice of watermelon," words such as salami and Swiss cheese might be new to 3-year-olds and they end up expanding their literal knowledge.

"I think it is a book of hope," Carle said in a commemorative video released by Penguin Random House in 2019. "Children need hope. You, a little insignificant caterpillar, can grow up into a beautiful butterfly and fly into the world with your talent. Will I ever be able to do that? Yes, you will. I think that is the appeal of that book. Well, I should know. I did the book, after all!"

RIP Eric Carle -- genius, visionary, children's literature advocate, artist, human being, defender of the art of illustration. You made us all want to reach for the moon. pic.twitter.com/lg0YRItONA

What an amazing life, and his legacy lives on through the the incredible @carlemuseum. Blessed my family got to meet him.

BBC reports that nowadays, Carle's book is being bought every 15 seconds! The tale of the ravenous caterpillar has been translated into 62 languages and has sold more than 50 million copies. Carle began writing children's books in his late 30s and his work has readers from all over the world across decades. His work is a reminder that there is hope around the corner.... and it's often a beautiful and colorful sight!

'Simplify, slow down, be kind. And don't forget to have art in your life - music, paintings, theater, dance, and sunsets.'