trending celebrity people lifestyle news animals
Elliot Page, Of 'Juno' & 'Umbrella Academy' Fame, Comes Out As Trans: 'I Love That I Am Trans'

Elliot Page, Of 'Juno' & 'Umbrella Academy' Fame, Comes Out As Trans: 'I Love That I Am Trans'

Page thanked the trans community and called out politicians who used their platform to spew hate against the community. 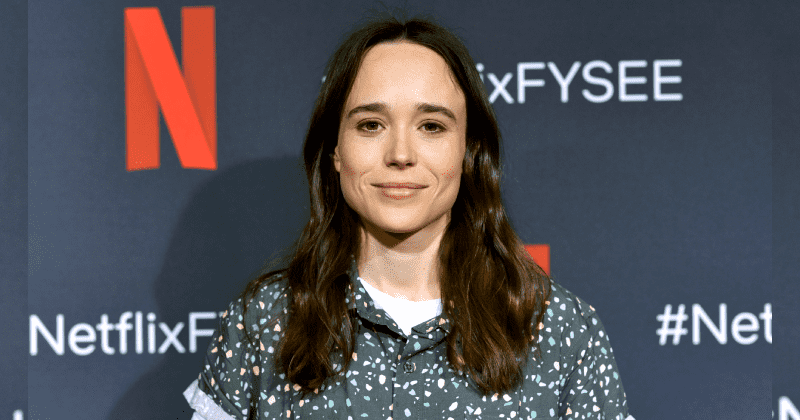 Elliot Page, the star of Juno and Umbrella Academy, has come out as trans on social media. The actor wrote on Twitter, "Hi friends. I want to share with you that I am trans, my pronouns are he/they, and my name is Elliot.” He thanked the trans community for their support and inspiration. “I feel lucky to be writing this. To be here. To have arrived at this place in my life. I feel overwhelming gratitude for the incredible people who have supported me along this journey. I can’t begin to express how remarkable it feels to finally love who I am enough to pursue my authentic self. I’ve been endlessly inspired by so many in the trans community. Thank you for your courage, your generosity, and for ceaselessly working to make this world a more inclusive and compassionate place. I will offer whatever support I can and continue to strive for a more loving and equal society," wrote the 33-year-old actor.

Page made his breakthrough in 2005 thriller Hard Candy but it was his role in Juno, a teen pregnancy comedy alongside Michael Cera, that gave him international exposure and landed him an Oscar nomination. He also starred in Inception, the X-Men series, and as Vanya Hargreeves in Netflix series The Umbrella Academy. Page said he was happy to come out as trans but voiced concerns about the backlash he anticipated after announcing his decision.

.@TheElliotPage has given us fantastic characters on-screen, and has been an outspoken advocate for all LGBTQ people. Elliot will now be an inspiration to countless trans and non-binary people. We celebrate him. All trans people deserve to be accepted. https://t.co/Ba7HOBgU5G pic.twitter.com/qFR1qG4H6q

“I also ask for patience. My joy is real, but it is also fragile. The truth is, despite feeling profoundly happy right now and knowing how much privilege I carry, I am also scared. I’m scared of the invasiveness, the hate, the “jokes” and of violence," wrote Page before adding, "To be clear, I am not trying to dampen a moment that is joyous and one that I celebrate, but I want to address the full picture."

Your heart has always been big and you've used your platform to show up for the entire community for years. Thanks for the gift of your truth! 💫

As the actor voiced his concerns, he pointed to the evidence of trans people being subjected to violence. “The statistics are staggering. The discrimination towards trans people is rife, insidious, and cruel, resulting in horrific consequences. In 2020 alone it has been reported that at least 40 transgender people have been murdered, the majority of which were Black and Latinx trans women," said Page, before calling out politicians who stoked hate against the trans community. “To the political leaders who work to criminalize trans healthcare and deny our right to exist and to all of those with a massive platform who continue to spew hostility towards the trans community: you have blood on your hands. You unleash a fury of vile and demeaning rage that lands on the shoulders of the trans community, a community in which 40% of trans adults report attempting suicide. Enough is enough. You aren’t being “canceled,” you are hurting people. I am one of those people and we won’t be silent in the face of your attacks.”

Elliot Page first came out as gay in February 2014 and has always been a vocal advocate for LGBTQIAP+ rights since then. He married dancer and choreographer Emma Portner in January 2018. He came out as transgender and nonbinary on Tuesday and embraced his name. “I love that I am trans. And I love that I am queer. And the more I hold myself close and fully embrace who I am, the more I dream, the more my heart grows and the more I thrive," said Page, before sending his love to other members of the trans community. "To all the trans people who deal with harassment, self-loathing, abuse, and the threat of violence every day: I see you, I love you, and I will do everything I can to change this world for the better.” The actor's announcement was met with positive messages on social media, especially a lot of love from the trans community.

Congratulations to @TheElliotPage! The more of us who can be our authentic selves, the more space we create space for others to do the same. Gender is a journey and I am excited to witness all that follows from this giant step! #TransIsBeautiful #TransLivesMatter https://t.co/zHm8HuMCD3

We're welcoming Elliot Page to the big trans family and to whoever it was who immediately changed the Wikipedia page to say "he", you're a good one.

5 years ago, you and @ianjdaniel were one of the first few people to be there for me during my transition. i have so much love and respect for you, and i’m proud that i could be there for you too. 🖤 pic.twitter.com/oQ8yPG8VZL

I am very proud to support my friend @TheElliotPage , and very impressed by their strength! 💜 https://t.co/fFKWiLpqGN

Congrats Elliot. Welcome to the family!