This is the first time the actor has shared a picture of him after undergoing top surgery earlier this year. 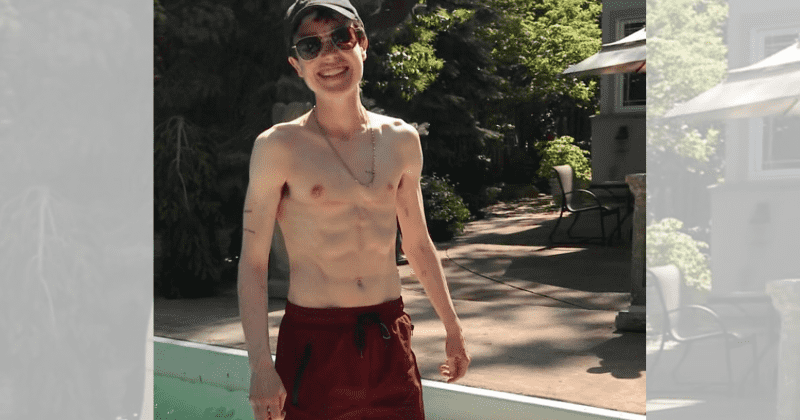 Elliot Page posted a photo of himself in swimming trunks and captioned it thus: Trans bb’s first swim trunks #transjoy #transisbeautiful. This is a particularly important milestone in his life. According to HuffPost, the Oscar-nominated actor came out as transgender in December. This is the first time he has shared a picture of him shirtless since undergoing top surgery—to remove breast tissue for transgender men—earlier this year, reports PEOPLE.  A number of celebrities commented on his post. His Umbrella Academy co-star Justin Cornwell wrote, "Dude I see why you crushed me on that workout!" Miley Cyrus simply stated "Hot" and Nina Dobrev commented, "You look amazing. And most of all happy ♥️."

In a March cover story for Time, Page said that being trans is not all about surgery because for some it's unnecessary and others can't afford it. For him, this surgery has given him the peace that he has long sought forever since going through puberty which he defined as being "total hell." He noted that this top surgery "completely transformed my life."

During an interview with Oprah Winfrey, Page revealed why he wants to talk about this surgery and why it was imperative for his health. He said, "The most significant difference is that I’m really able to just exist. I would imagine you’ll understand where I’m coming from — just exist by myself, like be able to sit with myself. I feel a significant difference in my ability to just exist—and not even just day to day, but moment to moment," reports Variety.

Page told Winfrey. "I wanted to share with people just how much it has changed my life. And I want people to know that not only has it been life-changing for me, I do believe it is life-saving and it's the case for so many people... and because there is such an attack on trans health care right now, when already there is such a lack of access or trans people who don't even want to go to the doctor."

In 2020, the star of Juno and Umbrella Academy came out as trans on social media and it was accompanied by a very sweet and heartfelt message. "Hi, friends. I want to share with you that I am trans, my pronouns are he/they, and my name is Elliot." He thanked the trans community for their support and inspiration. "I feel lucky to be writing this. To be here. To have arrived at this place in my life. I feel overwhelming gratitude for the incredible people who have supported me along this journey. I can’t begin to express how remarkable it feels to finally love who I am enough to pursue my authentic self. I’ve been endlessly inspired by so many in the trans community."

He added: "Thank you for your courage, your generosity, and for ceaselessly working to make this world a more inclusive and compassionate place. I will offer whatever support I can and continue to strive for a more loving and equal society. I also ask for patience. My joy is real, but it is also fragile. The truth is, despite feeling profoundly happy right now and knowing how much privilege I carry, I am also scared. I’m scared of the invasiveness, the hate, the 'jokes' and of violence. To be clear, I am not trying to dampen a moment that is joyous and one that I celebrate, but I want to address the full picture."

While he grew as an individual, his marriage failed, and he announced that he'd filed for divorce from his wife Emma Portner who was thrilled for his transformation as reported earlier. A statement from the couple read: "After much thought and careful consideration, we have made the difficult decision to divorce following our separation last summer. We have the utmost respect for each other and remain close friends." Page wed Portner, a dancer, and choreographer in 2018.