The incident occurred in the city center at St. Petersburg in Russia 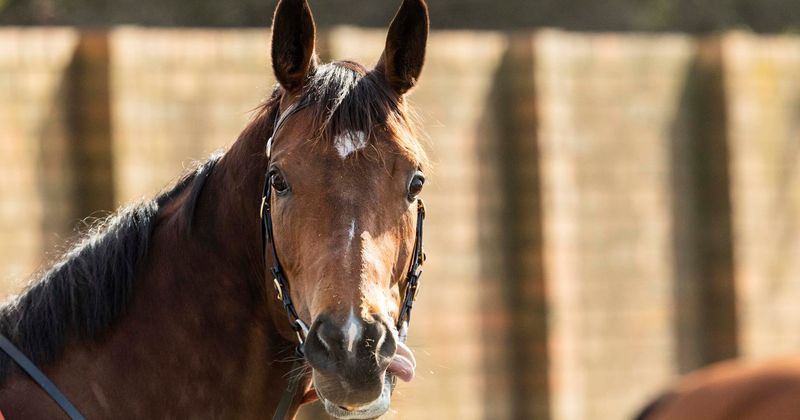 A drunk man had his nose bitten off after he went a little too close to a horse trying to kiss the animal. The incident is said to have taken place in St. Petersburg city center in Russia when the 25-year-old old tried to woo the woman who was riding the horse. When his advances were rebuked, the man decided to kiss the beast despite getting a warning from the woman that the horse "may bite," reports the Daily Mail. But the man paid no heed to the warning and paid a price for it. The horse did indeed bit the man's nose, and he had to go to the hospital to be treated for his injuries. An image of the man with his amputated nose wrapped in gauze was later posted on the Baza Telegram channel.

A 25-year-old man from Russia found himself in trouble after a horse did not like his advances and bit off his nose on the street.https://t.co/zU4TTGATMR

According to The Moscow Times, the Baza Telegram channel identified the victim as Vasya, which is a nickname for Vasily. Based on the police statement of the incident, Fontanka.ru reports that he was with his friends when they stepped out of a bar when they spotted two women on horses. When he tried to hit on one of the women and was rejected, he turned his attention towards the horse. The woman told him that the horse would feel threatened if he were too close to the horse's mouth, but he ignored her, and suffered the consequences. Doctors at the hospital were able to stitch back the remaining portions of his nose and stated that since the man's cartilage was intact, he wouldn't require a plaster cast. However, they believed he would be left with scars.

Headline: Drunk Russian's nose is bitten off by a HORSE after he 'made a pass' at the female rider and then tried to kiss the animal when his advances failed.

According to local reports: "Police joked that the guy got off easy. If he had come from the rear, the hoof injuries would have been much more severe than a cosmetic defect." Despite suffering the rough consequences of his actions, the man refused to agree to the police's version of the incident and only admits to having had a few drinks but wasn't in an inebriated state. He merely wanted to feed the animal carrots. He even denied he ever tried to kiss the animal. "I drank yesterday, but I would never go to kiss a horse because it’s dangerous. I wanted to stroke her. I fed it with carrots, and then the horse [turned] sharply to me and [bit]!" Although instances of getting bitten by horses are quite rare, they are usually known to throw violent kicks when approached from the back. Most animals are known to attack people when they get too close to comfort.

Instances of animals attacking humans when threatened are not new. A Californian woman had to pay the price for getting too close to a bison to take a picture and instead got gored by it. The incident occurred in Yellowstone National Park on June 25 when the unidentified woman went within 10 feet of the huge creature to get a clear picture, CNN reports. A statement released by the park officials reveals that the woman sustained multiple goring wounds but escaped without any major harm following treatment from park rangers. She was airlifted to Eastern Idaho Regional Medical Center for further treatment. The woman approached the bison multiple times at a spot close to her campsite at Bridge Bay Campground in northwest Wyoming, spooking the animal to charge at her. Chris Geremia, Yellowstone's senior bison biologist said in the release: "The series of events that led to the goring suggest the bison was threatened by being repeatedly approached to within 10 feet."

No one wants to be a second choice...
Drunk Russian's nose is bitten off by a HORSE after he 'made a pass' at the female rider and then tried to kiss the animal when his advances failedhttps://t.co/xJIH7OAnxI

He then explained the typical confrontation that would push bison to attack people. "Bison are wild animals that respond to threats by displaying aggressive behaviors like pawing the ground, snorting, bobbing their head, bellowing, and raising their tail. If that doesn't make the threat (in this instance it was a person) move away, a threatened bison may charge," Geremia stated.