"We really have to be very careful," stated Dr. Anthony Fauci, "because the more and more we learn, we're seeing what this virus can do." 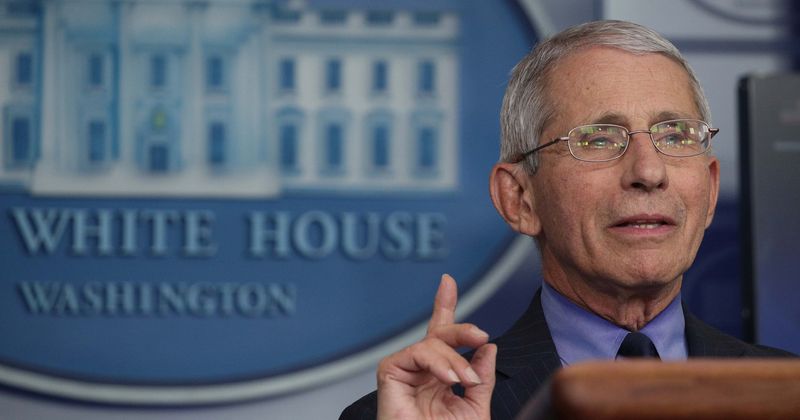 Earlier this month, more than a dozen children were hospitalized after suffering from a mystery disease that was linked to the COVID-19. They were undergoing treatment and no deaths were reported in spite of most of the cases being extreme, reported The New York Times. But five days ago, three children were confirmed to have passed away to causes related to the "mystery disease" and two other cases of death were under investigation, according to NBC New York. Calling it "every parent's nightmare," New York Governor Andrew Cuomo said that more studies were being carried out to better understand the illness.

BREAKING: There are at least 64 known cases of pediatric inflammatory syndrome in New York State, according to a survey of hospitals returned this morning to the NYS Health Dept, according to sources familiar with the results. https://t.co/uL9woUhGtH

Now the number of children affected by the same deadly condition has been found in more than 14 states. It is currently being referred to as "pediatric multisystem inflammatory syndrome" or PMIS. The Centers for Disease Control and Prevention is still in the process of issuing guidelines on how to handle this new development. The symptoms are very similar to that of the Kawasaki disease which includes inflammation of the blood vessels, and coronary arteries internally and persistent fever, abdominal symptoms, rash, that can be observed externally. This commonly needs intensive care.

Some children with the coronavirus in the U.S. and Europe are becoming seriously ill with a condition doctors are calling “pediatric multisystem inflammatory syndrome.” Here is what we know and don’t know so far.https://t.co/Ew9MDT6Jrg

"We really have to be very careful because the more and more we learn, we're seeing what this virus can do," stated Dr. Anthony Fauci, director of the National Institute of Allergy and Infectious Diseases. He warned the Senate earlier this week about all there is yet unknown about the coronavirus "particularly when it comes to children." It was initially assumed that the virus could not affect children unless they had underlying medical conditions. But that does not seem like the case as the virus is progressing. Dr. Fauci has been in quarantine for two weeks after he came into contact with a person who had contracted the disease.

“I give advice according to the best scientific evidence”: Dr. Anthony Fauci and Sen. Rand Paul argued Tuesday during a Senate hearing over the impact of the coronavirus on children and the decision to reopen schools while Fauci testified to the Senate https://t.co/CrtBnaGkxK pic.twitter.com/05VNNTa66x

During the video conference with Washington State Senator Patty Murray, he said, "If some areas, cities, states, or what have you jump over those various checkpoints and prematurely open up without [having] the capability of being able to respond efficiently… my concern is that we will start to see little spikes that might turn into outbreaks," as reported by Healthline. He also warned about the possibility of a resurgence in cases if states don't reach certain benchmarks before going into different phases of reopening. To even enter phase 1 of re-opening safely, he said that there had to be a reduction in cases over a period of 14 days.

In a virtual hearing, Dr Anthony Fauci, the top US health expert, said premature reopening of states could lead to avoidable "suffering and death"https://t.co/7K3narJdwv pic.twitter.com/SQs1Py0ltd

"Most of us feel that the number of deaths is likely higher than that number because given the situation particularly in New York City," Fauci said. "There may have been people who died at home who did have COVID-19 and were not counted as COVID. Because they never really got to the hospital." Even among the kids who were hospitalized, they did not display the usual symptoms of coronavirus but had severe abdominal pain, dropping blood pressure. Others also developed red eyes, rashes, swollen hands, and enlarged lymph nodes. Many of the kids still tested positive for COVID-19 while some others had antibodies for the virus. Not all children had it, which may also due to the fact that children have been observed to display symptoms at least until a month after a COVID-19 infection, according to NBC News.

IN BOX: "64 potential cases of the condition, called “Pediatric Multi-System Inflammatory Syndrome Associated with COVID-19”, have been reported in children in New York hospitals, including New York City." - @NYStateHealth

"If we have this issue in New York, it's probably in other states," stated Cuomo during a press meet. After the news of the children from New York gained traction and symptoms were reported doctors have confirmed a small number of other cases in California, Connecticut, Delaware, Illinois, Kentucky, Louisiana, Massachusetts, Mississippi, New Jersey, Ohio, Pennsylvania, Utah, Washington, and Washington, D.C., reported TODAY.

"Dr. Fauci, who is all fact-based, science-based, he has more credibility on this issue, according to polls than anyone in the nation." - New York Gov. Andrew Cuomo on President Trump criticizing Dr. Anthony Fauci's caution on schools reopening https://t.co/vlYDSkBwKx pic.twitter.com/09yD4BGmDF