"I Don't Call Him Daddy" Singer Doug Supernaw Dies At 60

His rep confirmed that Supernaw died in Texas on Friday. He is survived by his third wife, children, and grandchildren. 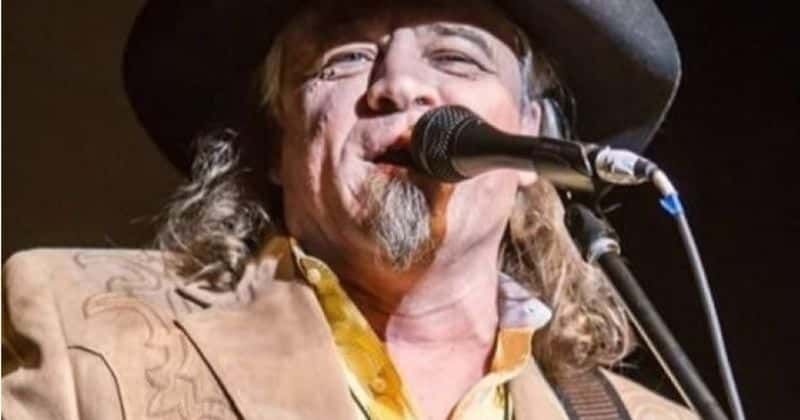 Doug Supernaw, the country singer who had hits in the early '90s, has died at 60. Supernaw was best known for his singles like "I Don´t Call Him Daddy" and "Reno."  His other popular songs were "What’ll You Do About Me," from the album Deep Thoughts from a Shallow Mind and "Not Enough Hours in the Night" from 1996′s You Still Got Me. A representative from his management team confirmed that Supernaw died in Texas on Friday and is survived by his third wife, children, and grandchildren. In February 2019, the singer announced that he had been diagnosed with lung and bladder cancer, and had entered hospice care in October that year when cancer began to spread, PEOPLE reported. A statement posted on his official Facebook page from B&G Music in Nashville announced his demise, reports the Daily Mail. They wrote: "It is with great sadness that we announce the passing of Gold Record Country Artist, Doug Supernaw."  You can read the full statement here.

Supernaw was born on September 26, 1960, in Bryan, Texas, but was raised in Houston. According to allmusic.com, "Supernaw arrived in Nashville in the mid-'80s and soon secured work writing songs for a publishing house. But it was a bad situation, and soon Supernaw was back on-stage in Texas, perfecting his take on new traditionalist country." In 1993, his album Red and Rio Grande spawned three hits. However, he had a string of bad luck that stalled his rise. He broke his neck while surfing, following which he was involved in a head-on collision. To make matters worse, his band's gear was stolen, and he was admitted for a deadly bout of food poisoning. Yet, he survived it all, and in 1994, released another album, Deep Thoughts From a Shallow Mind

I’m sad today for the loss of my friend Doug Supernaw. He went to be with Jesus early this morning.

Cissy, Jade and I will be here for you. Whatever you need! This one hurts. pic.twitter.com/QSmv5wJRRp

The album Red and Rio Grande were certified Gold. The music video for "I Don´t Call Him Daddy," a number one hit, was about a divorced father and his son, and featured Supernaw and his real son. The song showed a heartbreaking conversation with a young son about the mom’s new boyfriend.  He earned a  new male artist and song of the year nominations from the Academy of Country Music in 1993.

So sad...loved his music. Saw him at the Wildhorse Saloon in Nashville back in 92 and he brought a guy in off the street to sing on stage. Seemed like a great guy. Prayers for his family and friends for grief filled with hope in Jesus' Name.

During his initial cancer diagnosis, Supernaw's team wrote: "After struggling with a prolonged cough, Doug was admitted to the hospital on January 25th, where it was determined he was suffering from pneumonia. Additional tests found fluid on his heart and lungs which put his heart in an A-Fib condition," they explained, adding that further testing discovered a "suspicious mass in his right lung," leading doctors to transfer Supernaw to another hospital in Houston. "It was at this hospital that his medical team confirmed several masses in his lungs, lymph nodes, bones, and bladder," they continued. "The official diagnoses as of now is advanced, stage four, lung and bladder cancer. At this time, Doug remains in the hospital, awaiting more testing, while determining a treatment path."

Doug Supernaw has passed away after a long battle.

His album, Red and Rio Grande, is a TX Music classic. He was a character and he lived life hard. His music has been forgotten in conversations about some of the 90's Country best, but it should not be. He was a Texas original. pic.twitter.com/3Lixwt45IL