'Real Housewives' Dorinda Medley On Split From John Mahdessia: 'The Breakup With John Is Terrible'

Medley and ex boyfriend Mahdessian, 54, went their separate ways after seven years together. 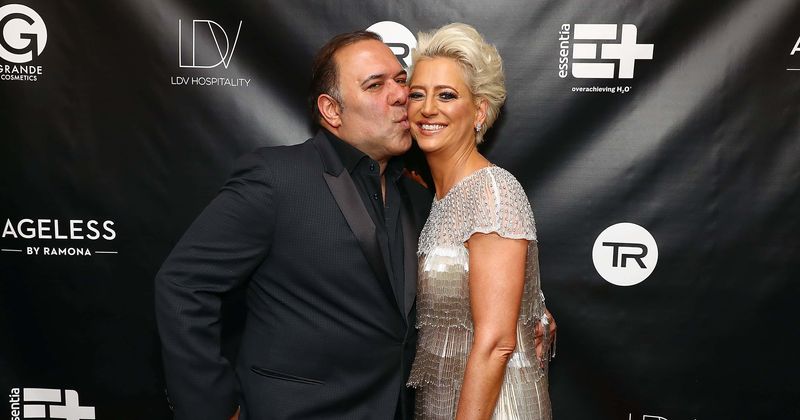 Dorinda Medley spoke about her breakup with boyfriend John Mahdessian on Thursday's Real Housewives of New York City. She told castmates that despite the heartbreak she was ready to move on. The two had been together for seven years before news of their split broke out last September. "The breakup with John is sad. I mean, it's terrible. But I also know that I have to do what's best for me now," Medley, 55, said, according to PEOPLE. "Endings are painful, but they’re sometimes good and healthy and needed," she shared with audiences. "It’s so easy just to keep communicating and just falling into old habits. Because I have a feeling if I didn’t do this, it would just keep staying plateaued for 10 years, 15 years. And then what?"

She admitted that no particular dramatic incident ended their relationship but it was more to do with growing apart over time. The two ended things amicably. "I love John and I'll always love John. There's no big fight," Medley said, adding that the two were on good terms and that Mahdessian would "always have a seat at my table." "We love each other," Medley said. "I'm just doing a little reset." In April she admitted that the split was part of "an emotional year".

"I was going through a lot of changes that were really taking a toll in my personal life," said Medley, who inherited Bluestone Manor from her late husband Richard after his death in 2011. "There were moments where I was like, 'I don’t want to do this. It’s too much, it’s too big.'" Despite the many hurdles, Medley embraced herself as  "a strong, empowered woman."  “I feel very happy with who I am, how I am, and where I am in life now,” she insisted. "I’m a really great me now. I’m sort of in a really good, empowered place, and I can run myself emotionally, financially, physically, and spiritually. What comes of that, we’ll see!”

There was no intimacy there for a very long time

On Thursday's episode, she shared that people change over time.  "The person that John met was probably different, period. Over the last seven years, you grow a lot. This whole thing has been such a good process because it's made me really reevaluate," Medley said. "I want to be super selfish with myself. I need a house cat right now and he wants to be an outdoor cat. ... My kitty's going to stay home! I realize that my expectation levels have grown," she continued. "This is what I want now, this is what I need, and I need to find the right partner that's willing to be engaged in that. And I don't think that's bad, I think that's honesty. I'm making the decision to be alone and it's the first time I am okay with it," Medley said.

That doesn't mean Medley doesn't get emotional. "I'm not a good transitioner," she said. "I try to stay strong as much as I can, but you know what, I’m not easy either. I never want to have anyone walk away and say, 'My life was less because I met Dorinda Medley.' I want them to say, 'My life was better' because I met them," she said, holding back tears. "I don’t want to do anything hurtful or harmful." Ramona Singer tried to be understanding of the situation. "Honey, you blessed his life and he blessed your life," she told Medley. "Don’t even think that. That’s bad negativity." "I think Dorinda has to focus on herself," Singer said. "She can’t worry about what John thinks, about what other people think. And I think the reason for John being in her life is over. It’s okay to move on. It’s okay. She’s in pain," Singer continued. "And guess who’s suffering from her pain? We are!"

Last year when Mahdessian learned she said she was "too old to marry," he was "a little hurt." According to Page Six, the reality star questioned: "But I said, 'John, what are you hurt about?'" Medley shared. "Statistically, we’ve been together longer than most couples. We’re going on seven years now. We love each other and support each other, and for me, I don’t know what the point would be," she said. "I think marriage is for young people, because you want different things. You want children, you want a home together, you want to grow in a certain way. I’ve seen and done that twice." Medley also confessed that the dynamic of her relationship with Mahdessian would change if they got married. "If John and I lived together 24 hours, seven days a week, it would affect our relationship," she said at the time. "We’d have a 2,000-square-foot apartment for 12,000 square feet of personality. It just wouldn’t fit!"