trending celebrity people lifestyle news animals
Dolly Parton Has Been Giving Away 1.5 Million Children's Books Each Month For Over 2 Decades

Dolly Parton Has Been Giving Away 1.5 Million Children's Books Each Month For Over 2 Decades

Dolly launched the program in 1995 inspired by her own father’s inability to read or write. 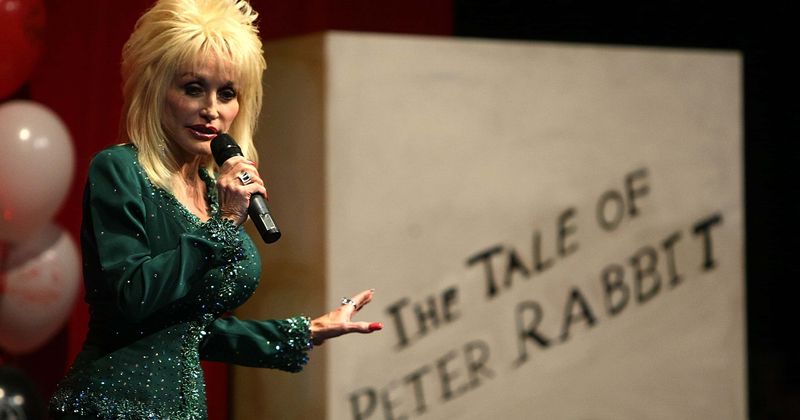 Dolly Parton is a real-life hero. We're not just talking about the time the 74-year-old country legend pulled a nine-year-old actress, Talia Hill, from the path of an oncoming vehicle while shooting her latest Netflix holiday film Christmas on the Square. And yes, her $1 million donation for the coronavirus research in April did help "several promising research initiatives," including funding an early-stage trial of the Moderna vaccine that is believed to be 95% effective against the coronavirus. So she's quite literally saved lives but she's also improved the quality of lives of so many others. Especially to young kids. As Southern Living reports, the country crooner has been giving away almost 1.5 million children's books a month through her book-gifting program!

Dolly Parton is a goddess, truly!!

Dolly founded the Imagination Library in 1995 as a tribute to her father, who couldn't read or write. As her website states: In 1995, Dolly launched her Imagination Library in Sevier County, TN, where she was born and raised.  Inspired by her own father’s inability to read or write, she determined that there had to be a way to help children fall in love with books.  The program sent free books to children from birth to age five and helped inspire a love of reading in the lives of the children in the mountains of her youth. Great ideas and unselfish dreams always have wings to fly, and such is the case with Dolly’s Imagination Library.  It spread from one county to the entire state of Tennessee. The excitement and results of the program kept growing until it spread all over the United States.  From there, it expanded to Canada, Great Britain, Australia, and most recently, the Republic of Ireland.

When the Imagination Library delivered its 100 millionth book in 2018, the 74-year-old told NPR, "We never thought it would be this big," she shared. "I just wanted to do something great for my dad and for my home county and, at the most, maybe a couple of counties over. But then it just took wings of its own, and I guess it was meant to be." She continued, "My dad didn't get the chance to go to school. And Daddy couldn't read and write, and that was kind of crippling to him. He was such a smart man, though. He just had such good common sense. They call it horse sense in the country. But Daddy thought it was just something he couldn't learn after he was grown, so he never tried to learn to read and write. And that was just kind of embarrassing to him," she continued. "But I didn't want Daddy to feel embarrassed." That's how she decided to give the children of Sevier County something her father never had. "He got to hear the kids call me 'The Book Lady.' He got a big kick out of that," she said. "But he took great pride and felt like he'd helped do something special." He was able to see the program take off before he died in 2000.  "If I'm remembered 100 years from now, I hope it will be not for looks but for books," she once famously said.

There is no limit on how far we can take #ImaginationLibrary and to what ends of the earth, but it is an absolute impossibility without your help. Help inspire a love of reading this #GivingTuesday and donate to help gift books to children! #DollysLibrary https://t.co/NeZLmQQLCY pic.twitter.com/yJNzVsisoZ

The Imagination Library book is a book-gifting program that mails free, high-quality books to children from birth until they begin school, no matter their family’s income. If you'd like to register for the program, you can visit here to check availability. You can also make a donation here. You can start at $25, which will be the cost of providing an Imagination Library book to a child each month for 1 year!