The reality star spoke during an appearance on Fox News for his campaign urging officers to use alternative non-lethal bulets. 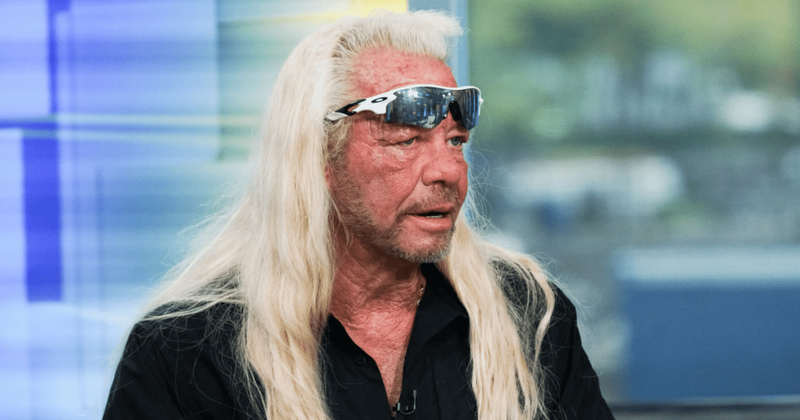 Duane Chapman, better known as Dog the Bounty Hunter, has launched a campaign to push police officers to "take the lead out" and use non-lethal bullets when taking down suspects. The reality star, who became a household name as a result of his TV show, spoke to Fox News on Thursday and said there were other ways to handle a suspect without ending their lives. Promoting his campaign, "Take the Lead Out", Chapman explained that he had never used lethal force in his years as a successful bounty hunter. "I've arrested over 8,000 fugitives in a 43-year career and have never shot anyone and killed them," Chapman told the outlet.

From my extensive career assisting law enforcement I’ve been developing an initiative called “Get the Lead Out” which seeks to introduce non-lethal bullets. I’m ready to talk about new ways we can continue to safeguard our communities. I back the blue and always will

"We've used all non-lethal weapons. We're going to get the lead out of the bullet and replace it with rubber and or wood. I've shown a thousand arrests on different networks in America in the last 15 years and I've been attacked [by] ... machetes, shopping carts, guns, knives," he said. "I've shot a lot, but I've never killed [anyone] because on my team you will not use a lethal weapon. It's not the gun that kills or the officer. It's the lead in the bullet," he said. Speaking in the aftermath of the Daunte Wright shooting and the subsequent protests, Chapman said there's a "problem" when police officers "shoot someone right now" so he proposes to "take the lead out of the bullet" to protect them. "And you've seen me do it thousands of times," he continued. "I've been attacked by armed fugitives, felons running at me, and shot many with non-lethal weapons. It works. All you need to do is get them down so you can cuff him."

This is admirable, I'm glad you're looking into providing law enforcement more options other than lethal force. Would you consider advocating for policies that limit what LEO unions can and cannot do? A lot of this corruption comes from Union pressure. Also - 1/x

The 68-year-old requests police officers to "stop killing" suspects while stressing that they're not killing them on purpose. "As you know, brother, there's no such thing in America. When you go to a police academy as trained, you know, train them to wound. All police are trained to kill. So let's take the lead out of their bullet," he said. He further added that the idea should become a bipartisan bill. "Who's going to want to keep the lead in so you can kill someone? Who's going to do that, and that will separate the men from the boys," he shared. "I think every cop in America, every citizen, we got to stop them. They're coming at you. They just robbed a store, kidnapping someone, you got to stop them." Offering his own solution to the matter, he said officers should use "a wood bullet, a rubber bullet" to stop them just like the lead bullet to ensure the suspects do not die while stressing that a wooden bullet shot in the head can still kill people.

I agree non lethal whenever possible is the way to go. Thank you for everything you do for the community and the world. Now it's time to get you on a new show.

The campaign comes at a crucial time when there's increased scrutiny on police use of firearms post the death of Daunte Wright and the release of bodycam footage from the shooting of Adam Toledo, a 13-year-old boy. People on Twitter sided with his approach with many acknowledging that he's been able to immobilize hundreds of fugitives without firing a single lethal bullet. "Dog, you’ve apprehended hundreds of fugitives, if not thousands, and never fired a single lethal bullet or taken a single life," wrote Joshua Perkins. "And show compassion, forgiveness, and love to those you apprehend. I think the police could use your expertise and knowledge." Marc Ponseggi seconded that opinion: "You always seem to get the job done using non-lethal methods. It’s time for everyone to follow your example." Melynda Schubert appreciated Chapman using his platform to offer a better alternative: "You’re an awesome advocate for these things. Use your platform to help others. That’s awesome!", she wrote.

Dog the Bounty Hunter campaigning to have police swap to non-lethal bullets https://t.co/m99roy690y