Doctor Who Spent Months Taking Care Of Coronavirus Patients Dies: "He Cared For The Sickest"

Costa's husband urged people to take the virus seriously and wear a mask to help contain the spread of the virus. 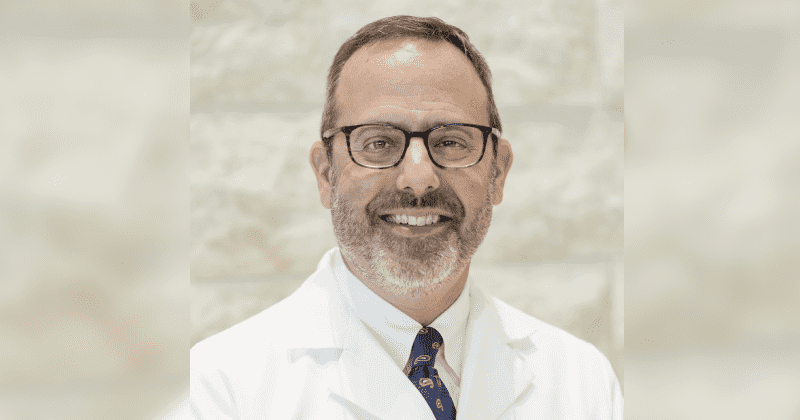 A top doctor who worked on the frontlines to help fight Coronavirus at a Baltimore hospital passes away from the deadly virus. Dr. Joseph Costa, who helped care for the "sickest" of patients during the pandemic died on Saturday. The 56-year-old was the intensive care unit chief at Mercy Medical Center in downtown Baltimore. The hospital released a statement confirming his death and paid tribute to his selfless service. “He dedicated his life and career to caring for the sickest patients,” read a joint statement signed by Sister Helen Amos, chair of the hospital’s board of trustees, and David Maine, president and CEO, reported NBC News. “When the global pandemic came down upon us, Joe selflessly continued his work on the front lines — deeply committed to serving our patients and our City during this time of great need. His memory will live on as an example to us all,” said the hospital.

Dr. Amy Zimmerman, one of Costa's classmates at medical school, said it pointed to the deadly nature of the virus and called on Americans to take the virus seriously. "This is real. This was a 56-year-old healthy man. He knew how to be careful. He knew how to take good care of himself, and he still passed away from this disease. This could happen to anybody,” she said, according to WBAL.

Dr. Costa served as the chief of the critical care division at Mercy Medical Center and was treating patients who had Coronavirus until he contracted the virus himself and died on July 25, 2020. He worked at the hospital for more than 23 years before becoming the chief of critical care in 2005. He is survived by his husband of 28 years, David Hart, who posted an emotional tribute to Dr. Costa. "I keep thinking, 'Now there is one less ICU doctor to care for pandemic patients in Baltimore'” said Hart, before adding, "I’m now losing my best friend," reported The Baltimore Sun. Hart said it angered him so much to see people not wearing masks while his husband literally died against the virus they're not taking seriously.

One of the consequences of “nobody has a right to tell me how to live my life” is risking the lives of those who have taken a sacred oath to care for us despite our stupid choices.

Maryland alone has seen more than 85,000 confirmed Coronavirus cases and 3,500 deaths. While the Coronavirus cases appeared to be falling in June, the city has been experiencing a spike in July, according to the Maryland Health Department. Costa is among over 850 health care workers in the U.S. who have died of COVID-19, according to a joint tally by Kaiser Health News and The Guardian.

While doctors have been dying on the frontline, the Trump administration continues to undermine the fight against the virus. This week, Trump was found retweeting videos by phony doctors claiming masks don't work and that hydroxychloroquine was a valid cure for the virus, reported CNN. The CDC and multiple health experts have already established that hydroxychloroquine was ineffective against Coronavirus. One of the videos Trump retweeted claimed alien DNA was being used in medical treatments. "There was a woman who was spectacular in her statements about it and she's had tremendous success with it. I thought her voice was an important voice, but I know nothing about her," said Trump. When pressed on the same again, the President walked out of the press conference.

When asked about freezing out Dr. Fauci, who for many was the only credible source of information on Trump's Coronavirus team, the 'reality TV' President complained about Fauci's popularity. "He's got this high approval rating. So why don't I have a high approval rating with respect, and the administration, with respect to the virus?" asked Trump. "We should have it very high. It can only be my personality, that's all," he added.

Dr. Joseph Costa was Chief of #CriticalCare at Mercy Med. Center in #Baltimore, our neighbor 🏥.

He was leading the pandemic charge, and as a true leader, in the center of it all on the front lines.

Another colleague lost to #COVID19. 😞