The singer slammed the President for trying to sabotage the USPS, mail in voting and called on Americans to reject Trump. 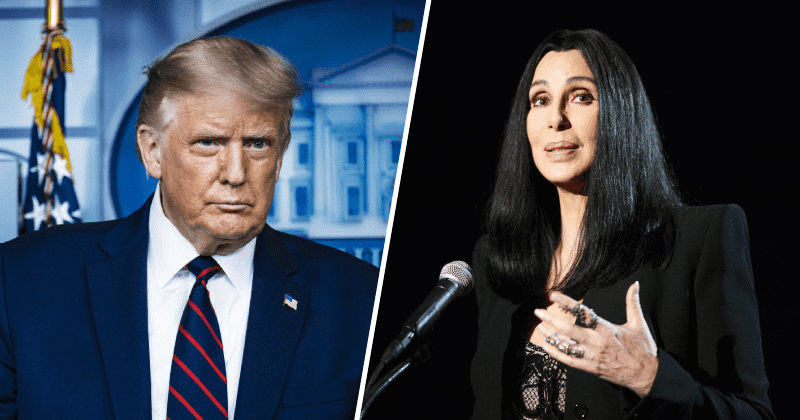 Cher has delivered a stark warning to Americans, urging them not to re-elect Donald Trump. The singer has claimed that Trump's return to the White House would be the end of democracy in the United States. Cher accused Trump of making America resemble a dictatorship in a matter of four years. She also defended the US Postal Service and vote-by-mail, which the President has been relentlessly attacking over the past few months. Cher tweeted: If Trump wins it’s the end of democracy and start of Trump autocracy. He’ll Have COMPLETE Control.

It's not the first time the singer-actor has warned about the dangers of re-electing Donald Trump. The I Got You Babe singer wrote: The only important thing is beating Trump. If he wins 2nd term there'll be no America. We won't be able to exact punishment or put him in jail for gutting our government. Trump puts rich, corrupt cronies in charge of agencies they know nothing about. If Democrats lose, they can't change anything.

It's Democratic Presidential nominee Joe Biden who has Cher's backing. The singer said she knew he was an honest man way before he became Vice President and worked with Barack Obama. “I like Joe. I’ve known Joe for a long, long, long time. I had a meeting once with him and I thought, ‘You know what? This is an honest man.’ It was way before he was with Barack Obama," said Cher, in an interview with Billboard. "We had a conversation and he was so painfully honest. At the end of it, I said, ‘You know, Joe? You can trust me, I’m taking things to my grave, but if I ask you a question and you answer it so honestly, you’re safe with me,’” she told him at the end of the conversation. "He’s also been a politician for a gazillion years. I think he still has got it or I wouldn’t vote. I’m actually registered as an independent. It means I don’t agree with everybody, but in the final analysis, you have to vote for the one side you hate the least," added Cher.

Cher has been very critical of the President's handling of the Coronavirus crisis, even labeling Trump a murderer. "I detest this president and everyone in his administration. I think they mishandled this, they lied and they are still lying," said Cher. "I dislike [Trump] because I don't think he has a good or compassionate bone in his body." The singer said she was fearing for her own life. "I never thought there was any chance I would fear for my life in my own country and see something handled that's so deadly in such an insane way. Sure, shoot Clorox in your arm or put UV light into your stomach or take hydroxychloroquine, when everyone knows it can cause heart damage, stroke or whatever!"

She also lashed out at Trump after he pushed for the reopening of schools despite the rising death toll and coronavirus cases. "People are dying because Trump doesn't have a plan or care enough if they live or die. Trump only cares about the stock market. Would give anything for Joe Biden to be President instead of Trump. He's weak, lazy, frightened and ignorant/ I wouldn't put my child back in school," wrote Cher before adding, "Trump can't lead."

Recently, Sharon Stone also came down heavily on Donald Trump after she lost the lives of her grandmother and godmother to coronavirus. The actor's sister and her sister's husband are also diagnosed with coronavirus. Sharon Stone called Trump a 'killer' and called on followers to support Democrats. "The only thing that's gonna change this is if you vote. And if you vote for Biden and if you vote for Kamala Harris," said Stone.