The Orange County airport was named after John Wayne in 1979 and a statue of the actor was installed in 1982. 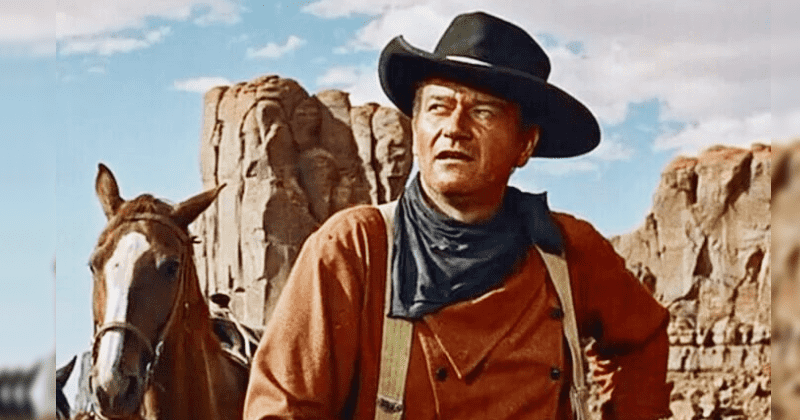 As many Americans are reassessing the merit of statues of figures with a racist past, Actor John Wayne's name has come up in discussions for his racist and homophobic views. The actor, who was nicknamed The Duke, has an airport named after him in Orange County's airport in California, along with a statue. Democrats in Orange County have now passed a resolution demanding that John Wayne's name and statue be removed from the county's airport and want it renamed as Orange County Airport. John Wayne openly supported White supremacy and also made derogatory comments on African Americans and Native Americans in a 1971 Playboy interview, reported CNN. He also revealed himself as a homophobe as he lashed out movies featuring gay characters.

The Orange County airport was named the 'John Wayne Airport' on June 20, 1979, and then installed a statue of the actor in 1982. "While some outside Orange County may not know of John Wayne's beliefs in white supremacy, many Orange County residents have been calling for his removal for years," said county Democrat chair Ada Briceño in a statement. "We're seeing renewed calls for this right now, and it's time for change." Tom Umberg, the state senator argued that statues and monuments should only be christened after people who reflected the country's values, in an op-ed published in The Orange County Register. "What they'll discover is that John Wayne died 41 years ago and was an actor who was most famous for his roles in Westerns and war movies, although in real life he was never a cowboy nor served in uniform," wrote the Democrat. "Among other disturbing facts, she will also discover that he was a self-proclaimed white supremacist." The decision for change rests with the Orange County Board of Supervisors who will make the final call.

John Wayne whose acting career spanned over five decades was the subject of discussion after an article discussing John Wayne's racist comments in the Playboy interview had gone viral in 2019. The actor considered the white race to be superior and made it evident that he "supported" White supremacy while discussing revocation of activist Angela Davis' teaching credentials. "We can't all of a sudden get down on our knees and turn everything over to the leadership of the blacks. I believe in white supremacy until the blacks are educated to a point of responsibility. I don't believe in giving authority and positions of leadership and judgment to irresponsible people," said Wayne.

He also added that he doesn't feel bad about slavery. "I don't feel guilty about the fact that five or 10 generations ago these people were slaves. Now, I'm not condoning slavery. It's just a fact of life, like the kid who gets infantile paralysis and has to wear braces so he can't play football with the rest of us. I will say this, though: I think any black who can compete with a white today can get a better break than a white man," said the actor. He also said that Hollywood studios were taking tokenism "a little too far" by casting more and more Black people in films.

The Oscar-winning actor's bigotry didn't stop at African Americans. When questioned about Native Americans playing subordinate roles in his movies, the actor replied, "I don't feel we did wrong in taking this great country away from them, if that's what you're asking. Our so-called stealing of this country from them was just a matter of survival. There were great numbers of people who needed new land, and the Indians were selfishly trying to keep it for themselves."

John Wayne revealed himself to be a homophobe when the interviewer asked him what films he considered perverted. Wayne pointed out Midnight Cowboy in which Dustin Hoffman and Jon Voight's play gay characters. "Wouldn't you say that the wonderful love of those two men in Midnight Cowboy, a story about two f*gs, qualifies? But don't get me wrong. As far as a man and a woman are concerned, I'm awfully happy there's a thing called sex," said the actor. Thankfully, the jury wasn't as bigoted as John Wayne and the film won three Oscars, including Best Picture.

After the actor's legacy was put under the spotlight. John Wayne's son, Ethan Wayne said his comments were taken out of context. "It would be an injustice to judge someone based on an interview that's being used out of context," he said. "They're trying to contradict how he lived his life, and how he lived his life was who he was. So any discussion of removing his name from the airport should include the full picture of the life of John Wayne and not be based on a single outlier interview from half a century ago," said Ethan Wayne on CNN.