trending celebrity people lifestyle news animals
David Cassidy Cut Daughter, Katie, Out Of His Will In Cruel Fashion: "I Wasn’t Her Father"

David Cassidy Cut Daughter, Katie, Out Of His Will In Cruel Fashion: "I Wasn’t Her Father"

David Cassidy walked out on Katie and her mother when she was young but appeared to reconnect after she grew up. 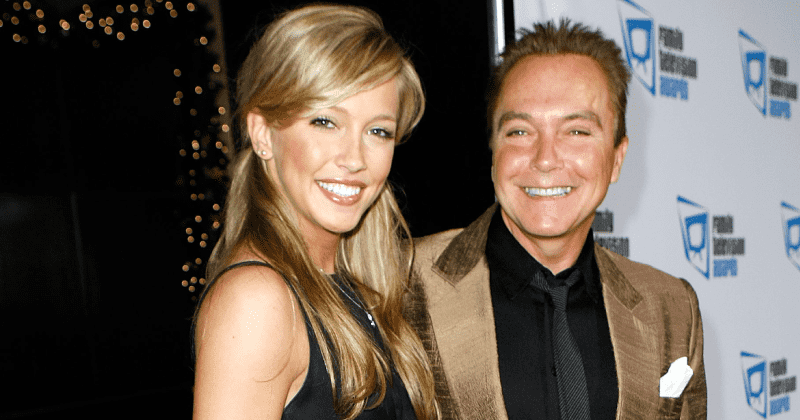 Katie Cassidy, daughter of actor and singer David Cassidy, was left out of her father's will, in cruel fashion. Katie Cassidy always had a mixed relationship with her father, especially considering he walked out on her and her mother, model Sherry Williams. Katie Cassidy appeared to have connected with her Dad for a brief while in between and it certainly felt like he had accepted her as his daughter, only for him to denounce his bond with Katie, reports The Blast. David Cassidy hit the spotlight through his 1970s musical TV series The Patridge Family. Cassidy was involved with model Sherry Williams but broke up after his third wife gave birth to a son, Beau, in 1991. David Cassidy embraced Beau wholeheartedly but ignored Katie Cassidy.

Katie grew up around her mother and stepfather Richard Benedon. She never really had a relationship with her biological father but the pair appeared to have connected when they spoke to People in 2009. Katie said she never felt the pressure of talking to her Dad when she interacted with David Cassidy. "To be able to go to someone I’m genetically linked to, tell them anything, and know that they’re not going to judge me — it’s unbelievable," said Katie. David Cassidy shared similar thoughts about his daughter. "Because I didn’t raise her, I didn’t have to parent her. I’m always here and totally nonjudgmental," said David. Having followed her father into the acting business, her father gave her some invaluable advice to have a successful career. "Do not work for money. Do not work for fame. Work for the work. And if you get a great role and they offer you nothing, take it," he reportedly told her.

They appeared to be bonding and everything was OK until David Cassidy developed dementia in 2015. He stopped referring to Katie as his child and hardly spoke about her in any of his interviews and only had kind words for his son, Beau. "He’s just one of the best people you’ll ever meet in your life and it’s that that I’m proud of. He knows that I’m just a little off. Sometimes he cocks his head at me a little bit and goes, ‘Dad do you remember?’ and I say, ‘No, I know I do, I remember.’ He’ll give me reminders once in a while. He just turned 26. He’s such a beautiful person," said David, referring to Beau, reported People.

When asked about the relationship he had with his daughter, David Cassidy responded saying he "never had" one. "I wasn’t her father. I was her biological father but I didn’t raise her. She has a completely different life. She’s very talented. It’s hard for me to even accept how old she is now, like 30,” said David Cassidy. After his death at the age of 67, it came to light that the actor-singer didn't leave anything for her out of his $150,000 assets. Cassidy didn't leave anything for her but, also specified that she wasn't to be referred to as his child and that she didn't have any stake in his wealth. According to The Blast, David's will stated, "all references in this Trust to my ‘child or children’ are to Beau Devin Cassidy and such references shall not include Katie Evelyn Cassidy...It is my specific intent not to provide any benefits hereunder to Katherine Evelyn Cassidy and/or any descendant of Katherine Evelyn Cassidy.”

On the positive side, Katie Cassidy grew more close to the rest of the family following her father's death. "Obviously, it’s been a tough year, that’s a given. But if anything, I have to say, I always try and look for some sort of silver lining in situations like that — and I guess it’s nice that it really brought my family together," said Katie, reported People. "Even though the loss of my father was hard, it really brought my uncles, myself, and my brother back together. I think that’s the silver lining.”