DeVito has been enteratining audiences since since the '70s. 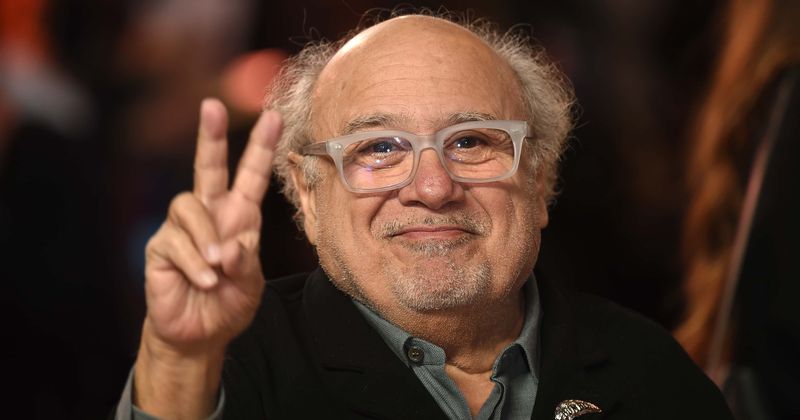 There's no doubt: Danny DeVito is one of the most beloved comedic actors in Hollywood. According to Diply, the funnyman made his first big break in the late '70s as the hilarious telephone dispatcher Louie De Palma in the comedy series, Taxi. Since then the actor has continued giving his fans good old belly laughs. It's hard to believe DeVito recently celebrated his 76th birthday! Over the decades, we've seen him in so many roles on screen. He's been featured in quintessential '80s and '90s films such as Terms of Endearment, Throw Momma from the Train, Twins, The War of the Roses, Batman Returns, Get Shorty, Matilda, Mars Attacks!, L.A. Confidential, and Man on the Moon.

happy birthday to the greatest actor of all time danny devito pic.twitter.com/IXzwRSBcWM

The actor has been starring in the FX series It's Always Sunny in Philadelphia since 2006. More recently, we got to see him as a circus owner in Disney’s live-action version of Dumbo, which is a remake of the beloved 1941 animated film. The role got DeVito to reunite with two Batman Returns collaborators: director Tim Burton and costar Michael Keaton. “In Batman, [Keaton] plays the good guy. Now in Dumbo, I play the good guy and he plays the bad guy. I needle him about it all the time,” joked DeVito. According to EW,  the father-of-three signed on because “the idea to mix it up a bit is good. Sometimes I embarrass my kids. On Sunny, I do a lot of crazy things. Sometimes I cringe when I think about how this is gonna play with my kids. In Dumbo, I think they were all pretty happy. I’m in good shape with my kids.” DeVito also admitted that he's most proud of Dumbo’s message about being open and accepting to differences despite “the idea of the other being frightening.” At the time, he admitted that he saw parallels in the little elephant's story with the country's current political climate. “One of the saddest things in the movie is when the mom and baby are separated,” he shared. “God knows we’re going through these ridiculously shameful things in our country now with the whole immigration thing. It’s on everyone’s mind how ludicrous it is for us to act this way.”

The actor is so widely loved that he was once petitioned to be the new Wolverine. That's right! Someone called “Ring Arius” created an online Change.org petition to cast the septuagenarian as the famous X-Men member and replace Hugh Jackman, who is iconic for the role. Jackson first played the character in 2000’s X-Men and continued playing the troubled superhero for years. He returned to the character for a final time in 2017’s Logan. According to The Hollywood Reporter. Jackman's performance in that film was critically acclaimed and it is regarded as one of the greatest superhero films of all time. As of now, more than 60,349 people have signed the petition hoping that DeVito will fill Jackman's shoes. The caption reads: The only man able to take the throne after Hugh Jackman. We believe that if Wolverine is to make an appearance in the Marvel Cinematic Universe that the only man able to pull it off is Danny DeVito.A couple good reasons as to why I believe so strongly that he suits the character: Danny DeVito's height is a lot closer to the comic books portrayal of Wolverine. With Danny being 4'10" and Wolverine 5'3". Secondly, we all saw Danny's portrayal of the Trashman. So, we know he is fully capable of fighting, and that he is not afraid when things get dirty! Other fans mentioned why they were supporting the petition. James Froggatt said: It's fucking Danny Devito, enough said. Ryan Foster wrote: This is the most important cause I've ever supported.

I would pay to see that! Happy Birthday, Mr. DeVito!

As for DeVito's personal life, we previously mentioned, Danny DeVito And Rhea Perlman were together for 40 years before finally separating in 2017. But the Poms actress, 72, opened up about why she would never divorce her ex. She told Andy Cohen it was easy for her and the actor to remain friends because they "agree on what's important." “I don’t know why it’s difficult for other people, but Danny and I have always loved each other and we have three amazing children together,” Perlman said. “We really agree on almost everything important.” She continued, “You know, we were together for 40 years. 40 years is a long time, you might have to do something else!” When Cohen asked her how often they keep in touch, Perlman said, “A lot. We talked today.” The host also asked her how her relationship with DeVito was now, as compared to earlier and she said it was “much better because all the tense stuff is gone.” “It’s not in his face or in mine. It was a hard transition… but everything smoothed out,” she explained. “Everybody’s got a good relationship with Danny, and with me and each other. That’s all we care about. But I’m not getting divorced,” she added. “No, no, no. What for? We do live separately. We see each other a lot too.” The pair have three children together: Lucy, 37, Grace, 35, and Jacob, 32.

Good for her
I love them both