Christopher Emanuel’s former partner gave their baby for adoption without his consent. 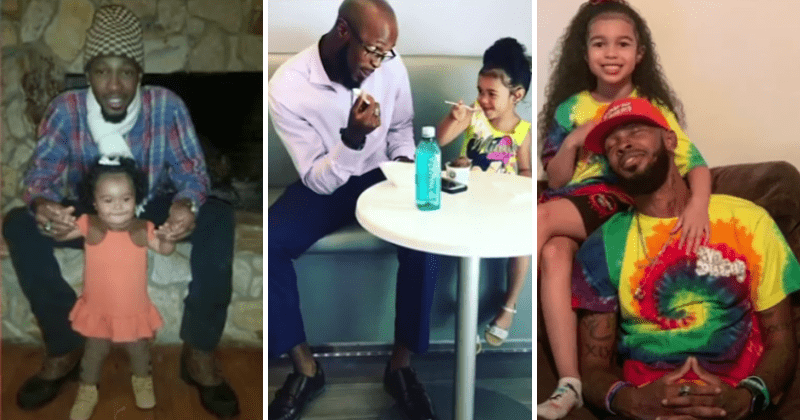 No parent would ever want to go through what one man from South Carolina went through. Christopher Emanuel's daughter Skyler was put up for adoption without his knowledge! The newborn child was put for adoption by his ex-girlfriend without his consent, UNILAD reports. Emanuel opposed the adoption and fought nearly a year for custody of his own daughter. “I didn’t know if I would ever see her again,” said the Founder of Sky Is The Limit Foundation, according to WACH. “I was lost man I was hurt I was confused because I wanted to ensure that I could be there for my child."

I love how this story played out. There are many Black men who embrace the blessings of fatherhood and are willing to fight for their parental rights when necessary.

SC man wins custody of his daughter, after she was adopted without his permission https://t.co/mtrovCDlQ6

Before this shocking incident, Emanuel had signed up on the responsible fatherhood registry for unwed fathers. It’s an online database that lets the state know that you fathered a child. He also made it mandatory that he would be notified in case her mother decides to put her for adoption. “Before rights are terminated to allow an adoption to occur attorneys as well as the department of social services will check this registry and if his name is on there he must be notified,” said Pat Littlejohn, President of South Carolina Center for Fathers and Families.

South Carolina man wins custody of daughter who was adopted without his permission https://t.co/YB9SFvMG8G pic.twitter.com/C1kz0bezMM

Emanuel added his name to the registry on February 4th, 2014. But shockingly, only two weeks later, Skyler was adopted by a San Diego family. What’s worse, Emanuel was not even listed on the documents as her biological father. South Carolina law stated that someone living in another state can adopt a baby born here only under unusual or exceptional circumstances. As per South Carolina Children’s Code, a biracial child like Skyler fell under that category. Authorities had failed to inform the father about the adoption process of his own child and the adoption was able to go ahead. “My daughter was in San Diego, CA with the prospective adoptive couple where her name is changed. I have medical documentation calling my daughter another name and she was never legally adopted,” said Emanuel.

Man Wins Back Custody Of Daughter, Who Was Adopted Without His Permission - UNILAD https://t.co/aT1x7T5ofz

The devasted dad decided to fight back and get his daughter back home. After nearly a year of opposing the adoption, he finally won back sole custody of his child. Baby Skyler was sent back to South Carolina “Aiken County Judicial Center this is where it went down at. But when I’m here being in this space it fills me with joy, I feel safe because Aiken County brought my daughter home where she belongs,” shared Emanuel.

I am so happy for him and his little princess. She is a beauty

As for Emanuel, he started the Sky Is The Limit Foundation in 2015. The non-profit states: Now as a single father, through his triumph and the lessons of fatherhood, he has taken on a role of being a Father Practitioner. Educating and empowering fathers to cultivate responsibility and family values. Why its imperative to be proactive. The importance of registering with your State Putative Father Registry and the rights of putative fathers.