The incident is said to have taken place in Kyiv, Ukraine and people are alleging the parents have orchestrated a pretend marriage to profit off each others' fame. 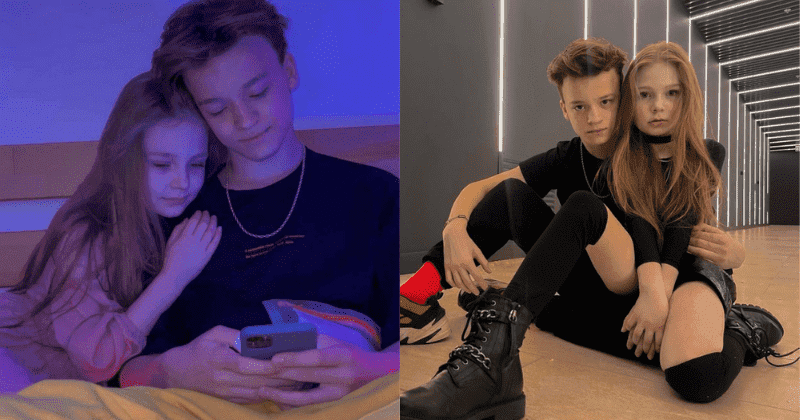 Social media has turned people into attention seekers who are willing to do just about anything to get their 15 minutes of fame. But, this group of parents has certainly taken things too far by allowing their eight-year-old influencer daughter to 'wed' a 13-year-old influencer boy named Pavel "Pasha" Pai. According to News.com.au, parents of both children approved the "relationship" and have come to receive massive backlash from people. Reports from Kyiv, Ukraine suggest that the couple has moved in and currently live together. They also share photos with thousands of their followers regularly. While all the posts have drawn criticism, one particular picture where the duo have their hands tied in chains as part of a 24-hour-challenge has caused people to lose their wits, with many even campaigning to have their accounts blocked.

Per 7 News, the father of the young influencer, Milana "Mila" Maxanets, has revealed that he no longer lives with the girl's mom, Daria Maxanets and that he is shocked by the nature of the relationship and can't comprehend why the mother believed this was a good idea. "I am really shocked at what’s going on. This is all, to put it mildly, very wrong," he said, adding that he is trying to get in touch with his daughter and offer her help. He also claimed that his ex-wife is only using their daughter to make money. However, Daria has defended her daughter and stated that her girl had mentioned she was going for a "sleepover" adding that "It was a family visit. We are all friends."  While parents of both children have claimed they aren't in it for the fame and the money that comes along with it, people aren't buying it considering Mila has over 593k followers on her Instagram while Paval has over 101k followers of his own.

People have also alleged that the two of them post couple-like pictures on the platform without receiving any approvals from an adult. Reportedly the two married in a "pretend" ceremony and children's ombudsman Nikolai Kuleba has brought the incident to the attention of the cyber police, public prosecutor's office, and the Ministry of Internal Affairs. The trio of departments has also opened an investigation into the matter to verify the claims. Local reports have suggested that Daria has been called into questioning by the police over the photos, while prosecutors have opened a criminal case about the alleged distribution of pornography. Anna Malyar, a lawyer and criminologist, has said the parents are being extremely negligent towards their children and this could lead to dangerous situations.

"The girl has millions of subscribers on various social networks who constantly follow her as an idol. So there is a risk that they will begin to imitate their idol and become easy prey for pedophiles," she said. "This absolutely goes against the normal sexual development of children." On Facebook, people came together to share their opinions about the apparent child abuse orchestrated by the parents. Bethany Beaumont called the entire charade "stupid" and wrote:" A 13-year-old boy about to go through puberty will eventually have very different thoughts to an 8-year-old girl. At that age, such an age difference is a big deal. It may be innocent, but how stupid for the parents to encourage it and put their children in this position!" Eve Lyn had a rather serious solution to the problem. She wrote: "Any parents who can encourage innocent-minded children, who should have a happy and trouble-free life, to be involved in any way in such adult issues, should be sterilized and castrated immediately and their children removed from their influence and custody for life."