Dad Celebrates As Daughter With Down Syndrome Earns College Degree: 'I Am The Proudest Father'

Jay Handlin could not contain his excitement as he shared the news on Twitter. He was flooded with congratulatory messages, many from parents of children with Down syndrome who said that he and Rachel had inspired them. 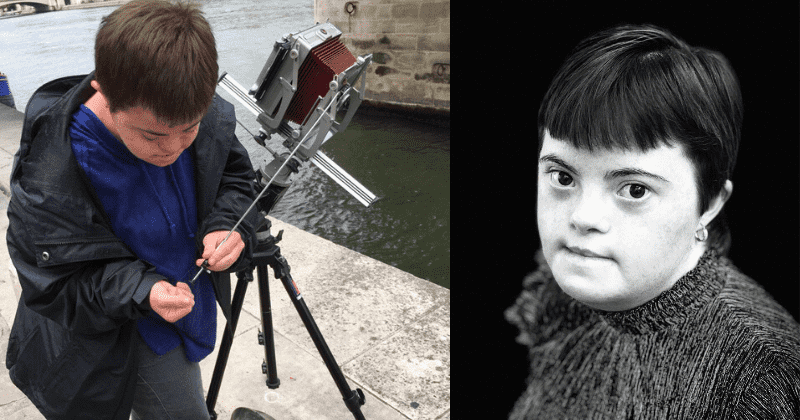 Even as thousands of students across the country graduate and gear up to move to their next phase in life, the story of one particular graduating student is more special than others. Dad Jay Handlin could not contain his excitement and his joy at his daughter Rachel Handlin, who has Down syndrome, graduating college with an arts degree. Taking to Twitter to share the joyous news, Handlin declared that he was the "proudest father on the planet."

This is my daughter, Rachel Handlin. Tonight, she earned her full Bachelor of Fine Arts degree in Photography & Media from the prestigious California Institute of the Arts, @CalArts⁩. Rachel has #Downsyndrome.

I am officially the proudest father on the planet.

It’s an expression. Rhetorical. It means, essentially, “I dare you to challenge what I said.” I intended to say it with humor, and I sincerely hope it is perceived that way.

Handlin's tweet went out on Saturday, May 16. As of Wednesday, it has been retweeted nearly 20,000 times, commented on 10,000 times, and liked over 222,000 times. Handlin had been posting a number of feelers in anticipation of the most important day for his daughter and himself, way before she earned her degree. He wanted the whole world to know how great an achievement it was for them. Handlin even wrote an article about his daughter and her degree and publicized it regularly on his Twitter handle a day before she was set to graduate. It also appears that Rachel has met the former president Barack Obama and the former first lady, Michelle Obama, as evidenced by a tweet from Handlin to the former president and first lady updating them about Rachel's graduation.

Rachel has #Downsyndrome. Many folks helped her get here. Some didn't. I wrote about it.https://t.co/RE2nAL3c0z

Handlin wrote about his experience at the Star-Advertiser. "Nearly 2 million U.S. college students will earn bachelor’s degrees this year. COVID-19 is robbing them of caps and gowns, commencement ceremonies, graduation parties," he wrote. Rachel was congratulated by a lot of people, with many others praising Handlin for a fine job of looking after such a bright and talented girl. One of them was the Pediatric Therapy Network, which wrote on Twitter: In the global Down syndrome population, college degree recipients are one in a million. The network added: Today, former PTN client Rachel Handlin will earn her Bachelor of Fine Arts Degree in photography and media from the California Institute of the Arts! We couldn’t be more proud of her!

Congratulations, Rachel. People with disabilities leading the way. Here’s a video of me step-daughter asking people to stay safe during this crisis. And also proud that she presented at @AshokaU conf. in San Diego. https://t.co/odSgpk08Kz #DisabilityRights @InclusionBC

This is my 4 year old daughter, Isabelle. She too, has #DownSyndrome.

Congratulations to your daughter and thank you both for paving the way so my daughter can have the same future. pic.twitter.com/viliv11K6V

It was touching to see other parents of disabled and neurodivergent children reaching out to Handlin and congratulating him and his daughter on the degree. Many also said the pair had inspired them and gave them hope. Ka Wade wrote: Thank you so much for sharing this. Congratulations to Rachel & you! This is our daughter, Kyra, she is completely deaf & autistic, and has fine motor skill issues that make it so she can’t sign. We’re currently trying to teach her the alphabet. You give us so much hope. Another parent with the handle 𝒫𝐸𝑅𝒮𝐼𝒮𝒯
Persist shared a story about their own daughter named Samira: Congratulations Rachel! So amazing and you give so many of us parents who also have special children like you, hope.

Congratulations 🎉🍾🎊 it is great to see this kind of news...I have a daughter too!🤗 her name is Alyssa, the success of your daughter gives me hope and reminds me that it is important to play on our kiddos strengths... pic.twitter.com/A1fo4M2CiE

Congratulations!!! Wonderful! My son graduated high school in 2019. Hard transition so community college is on hold for now. He was very nervous about high school ending.
So happy for your daughter!! Good luck!! pic.twitter.com/W8c1MezKEO

Replying to some of the comments, Handlin thanked people for their well-wishes and shared his daughter's future plans. In one of them, he wrote: ...Hopefully Rachel will have a website up this summer. She has a couple of big projects underway that she will continue to work on (and ideas for new ones). And, later this year, she is thinking about applying to MFA programs.