Singer Dolly Parton had made the donation in April when she learned of research to help create a vaccine. 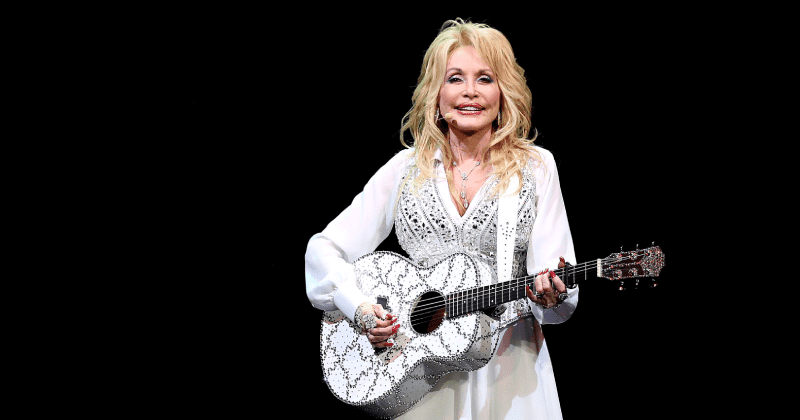 The world is celebrating the news of a Coronavirus vaccine after the Moderna vaccine was declared 95 percent effective, according to early data. What a lot of people may not know is that singer Dolly Parton made $1m in donations to the vaccine's research, thus playing an important role in the Coronavirus battle. Parton had announced, in April, that she was donating to Vanderbilt University Medical Center in Nashville, one of the trial sites for the Moderna vaccine. Parton's generous gift was helping "several promising research initiatives," including funding an early-stage trial of the Moderna vaccine and a convalescent plasma study and research involving antibody therapies, according to Vanderbilt University Medical Center spokesperson John Howser, reported BBC. Convalescent plasma is being used to treat people who have contracted the infection.

When I donated the money to the Covid fund I just wanted it to do good and evidently, it is! Let’s just hope we can find a cure real soon. pic.twitter.com/dQgDWexO0C

In an appearance on NBC’s Today Show, she said, "What better time right now, we need this. I felt like this was the time for me to open my heart and my hand, and try to help." Jeff Balser, Vanderbilt's president, and CEO, hailed her generosity. "She cares so much about helping others and we are very grateful for her ongoing support. These funds will help us complete promising research that can benefit millions in their battle with the virus," said Balser. Moderna stated that its vaccine showed a highly effective success rate in preventing Coronavirus earlier this month. Moderna added that the study is ongoing and stated it's too soon to know how long protection would last, reported CBS News.

The Jolene singer made the announcement in April after learning of the development of a potential vaccine from a friend. "My longtime friend Dr. Naji Abumrad, who's been involved in research at Vanderbilt for many years, informed me that they were making some exciting advancements towards that research of the Coronavirus for a cure. I am making a donation of $1 million to Vanderbilt towards that research and to encourage people that can afford it to make donations," she wrote on Instagram at the time.

The important thing to know is Dolly Parton funded the moderna vaccine and will save us all because she is good. pic.twitter.com/BDO6H46vYp

"Her gift provided support for a pilot convalescent plasma study that one of our researchers was able to successfully complete," said Howser. "Funds from Dolly's gift are also supporting very promising research into monoclonal antibodies that act as a temporary vaccine for Covid. Two of these antibodies are now being tested by a global pharmaceutical firm." After Vanderbilt's plasma pilot showed potential, the US NIH (National Institutes of Health) supported the development of the vaccine with an additional $34m to conduct a national, multi-site clinical trial into the benefits of convalescent plasma.

Can we name it the Dolly Parton vaccine

Not only has Dolly Parton invested in the vaccine that might eventually save countless lives, but she's also gearing up to lift our spirits this Christmas season with an entertainment special. The singer will star in an hour-long A Holly Dolly Christmas Special on CBS. As we reported, it will air on December 6th on CBS and CBS All Access. With the way 2020 has been going, the country legend was eager to spread festive cheer during Christmas. It was Parton who called up the CBS and said she wanted to do something. "When Dolly Parton calls and tells you she wants to do a Christmas show, you don't hesitate. A special with the multi-Grammy Award-winning, prolific songwriting, epic live performer of all time? She had us at hello. There's only one Dolly Parton, and we are so excited to be bringing her to viewers this holiday season," said Jack Sussman, executive vice president of specials, music, and live Events/alternative and reality for CBS.

Let's be clear: Dolly Parton is a millionaire and not a billionaire because she *keeps giving money away*. Being a billionaire is a MORAL FAILING. She gives away shockingly large amounts of money every year and is STILL RICHER THAN YOU AND I WILL EVER BE.

Parton will perform from an intimate, candlelit set for the special. The country legend will share her personal Christmas stories and faith-based recollections. She will also be performing powerful, faith-ﬁlled hymns and light-hearted holiday classics. Parton will also perform tracks from her new holiday album, A Holly Dolly Christmas.

I always knew Dolly Parton would save us.